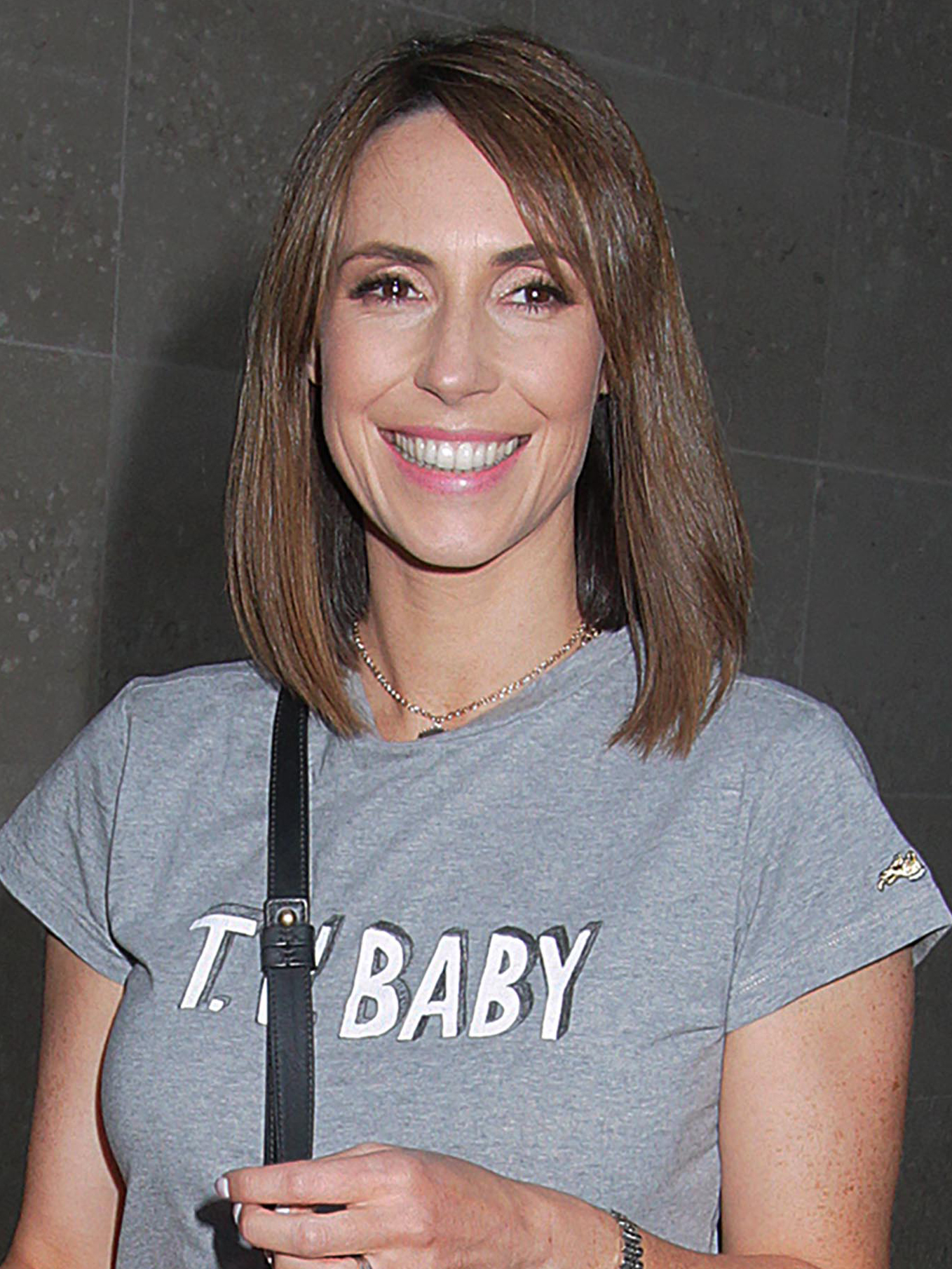 The BBC One Show star, 42, announced the happy news on Instagram with a black and white snap of the tiny tot’s hand.

She excitedly wrote to her 169,000 followers: ‘And then there were 4!!! Little kit Thomson arrived safely and very speedily last Monday at 2.21am weighing a healthy 7lbs 3.

‘Teddy, Charlie and I are absolutely besotted by baby brother and are enjoying this special time as we get used to being a foursome and generally breathing in that lovely newborn smell!!!’

The thrilled presenter finished: ‘A huge thank you to the midwives at the birth centre, Queen Charlotte Hospital for everything you did for us.’

At the start of the month, Alex joked about ‘beating’ Meghan Markle to be the first to give birth as she shared a snap of raspberry leaf tea, which is thought to induce labour.

‘Trying to beat Meghan… or is it already too late?!’ Alex captioned the picture.

But Meghan got there first as she gave birth to baby Archie Harrison just two days later on May 6.

MORE: Holly Willoughby shows off drastic style change on This Morning for THIS touching reason

The TV star, who announced her exciting baby news on The One Show back in December, previously opened up about her fears of not being able to have a second child.

‘I have to say, the first time – absolutely fine. Luckily, God, it happened,’ Alex told The Sun.

‘But second time, not as easy. I suppose I’m older now, but we took it for granted that it would be OK. But you don’t really know until you start trying how it’s going to go, do you?

‘The majority of couples I know have had something, not always IVF, but some problem that needs to be sorted out.’