After wowing fans in a skintight dress yesterday, now Amanda Holden has shared another incredible photo with her followers. 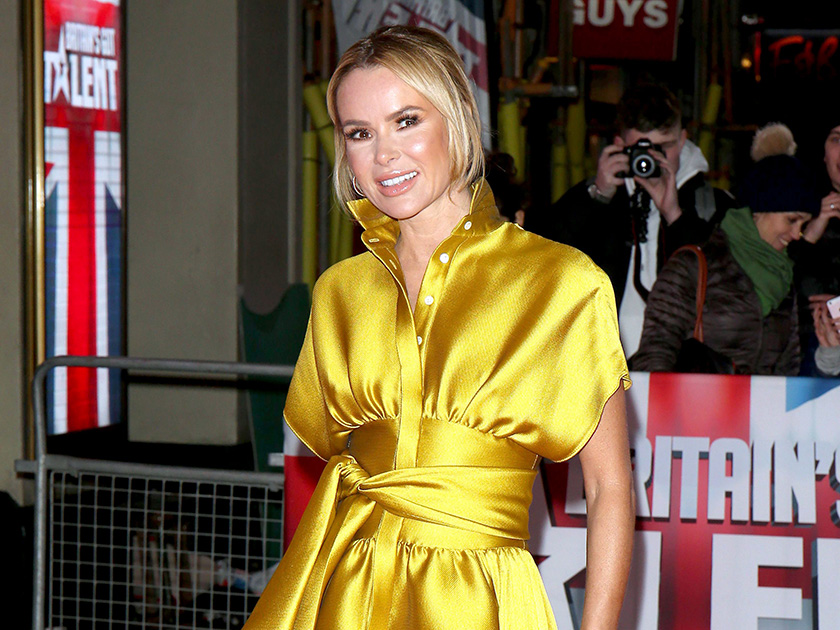 While filling in for Holly Willoughby on Celebrity Juice, the mum-of-two channelled her inner superhero by squeezing into a PVC catsuit.

More: Amanda Holden STUNS fans in figure hugging leather dress as she steps in for Holly Willougby: ‘Oh my days!’

Dressed up as Black Widow, 48-year-old Amanda even put on a ginger bobbed wig just like Scarlett Johansson’s character Natasha Romanoff sports in the Marvel films.

And clearly getting into the swing of things, the Britain’s Got Talent judge kicked up her leg on the wall before challenging Celebrity Juice host Keith Lemon to do the same. 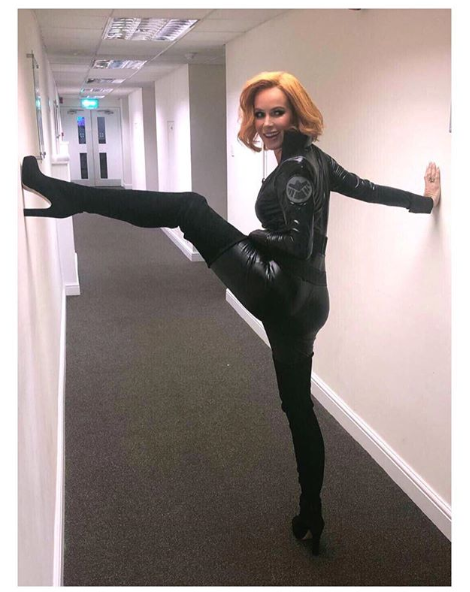 She wrote: ‘Caption this!! #Blackwidow @celebjuiceofficial @keithlemon … would love to see some pics of you doing same pose🤣 #Holdenmylegup.’

As well as racking up an impressive 30k likes in a few hours, fans couldn’t wait to comment on the sexy snap. 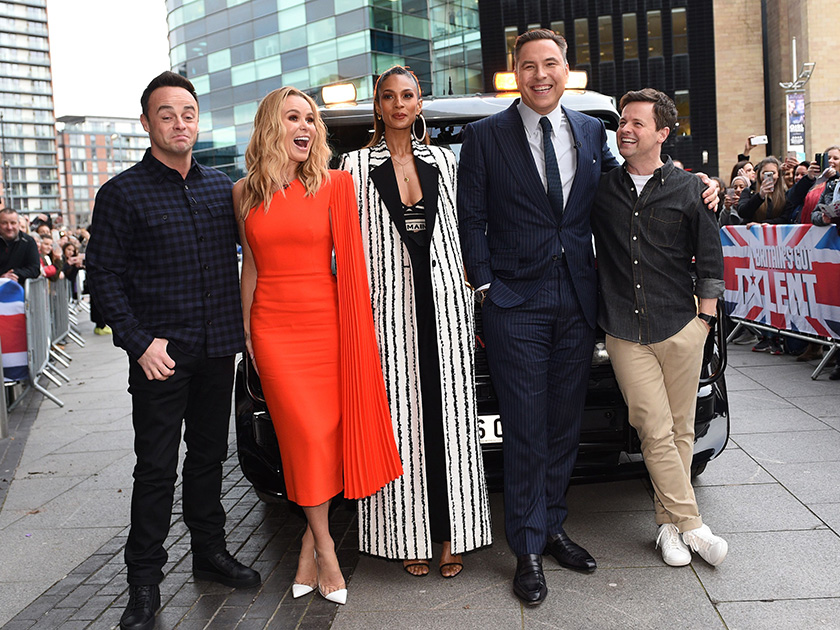 A third replied: ‘Woman crush 👌,’ while a fourth added: ‘OMG body on fire.’

Captioning a smouldering snap – which sees her donning an incredible red dress – the TV personality penned an excited caption revealing she was ‘finally’ appearing on the ITV2 programme. 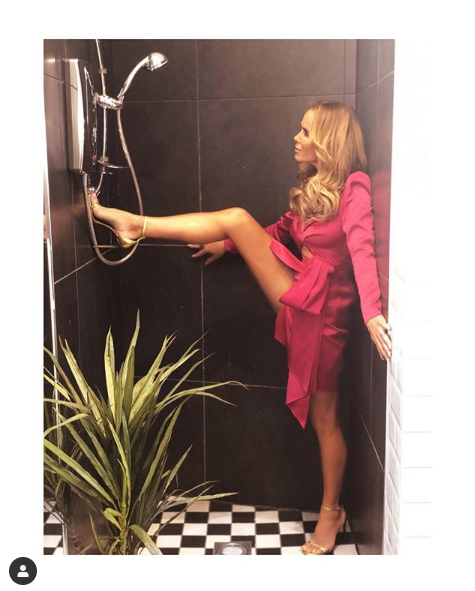 This comes after Amanda was hilariously mocked by her BGT co-stars Ant and Dec when she shared another sizzling snap earlier in the year.

Seen standing in the shower in a pink dress, the TV personality looked incredible as she placed her heel on the wall.

But cheeky Geordie duo Ant and Dec couldn’t help but jokingly replicate the image themselves by taking their own bathroom photo. LOL!