But after being surrounded by her nearest and dearest for the big day – including TOWIE sister Sam Faiers and BFF Ferne McCann – now it looks like Billie is keen to spend some quality time with her new hubby.

Jetting off on a romantic honeymoon, the Mummy Diaries star has been documenting her stay with a string of photos on Instagram.

And starting as she means to go on, 29-year-old Billie has shared a jaw-dropping snap of herself in a bikini.

Showing off her incredible body, the mum-of-two can be seen wearing a white two-piece, as she completed the beach look with a straw hat and matching bag.

Writing alongside the photo, she added the caption: ‘HoneyMoon Time 👰🏼🤵🏻🏝❤️🥂 … I’m not going to lie @gregory_shep is already getting bugged out with the amount of photos his going to be taking 🤣🤷🏼‍♀️🤦🏼‍♀️ #husbandsofinstagram❤️’ 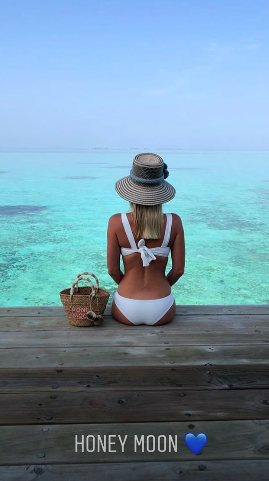 While Greg might not be too impressed with his new role as photographer, Billie’s followers certainly appreciated it, with one writing: ‘You look insane 😩😍’

‘Can someone tell me where I can buy a bod like that 🔥😍 #bodgoals,’ said another, while a third commented: ‘Wtf? How can someone by this unreal 😍 @elliedowd_.’

And a fourth added: ‘you look amazing 😍 congratulations to yous x.’ 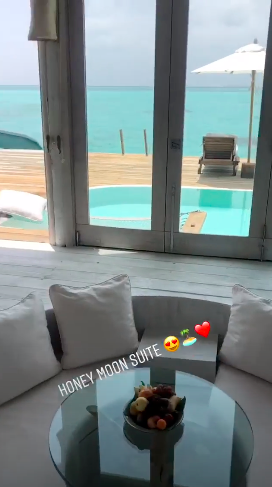 The social media snaps didn’t end there, with Billie also giving her Instagram followers a glimpse at the pair’s idyllic surroundings.

In one video, the star goes on a tour of her honeymoon suite which includes it’s own private terrace and swimming pool.

Another clip shows Billie and Greg getting ready for a gorgeous dinner surrounded by romantic music and hundreds of candles. 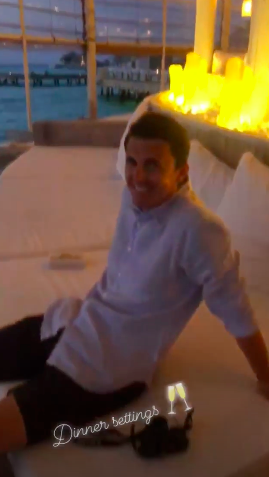 This comes after the whole family enjoyed a getaway to the Maldives for the nuptials earlier this month.

Speaking about her wedding, Billie has since confessed it comes in a close third as the ‘best day of her life’ after her two children’s births.

‘Other than the days that Nelly and Arthur were born, it was the best day of my life,’ she told OK! Magazine.

‘It was like a fairy tale – all the stress and tears were worth it. It’s so lovely for me to finally be a Shepherd and share a surname with my children. Marriage ties our little family together completely.’

Unfortunately, it looks like not everyone enjoyed Billie’s big day as much as her, as a British couple also staying on the Island of Kuramathi have now revealed they’re ‘relieved’ the TOWIE wedding party has finally left them in peace.

Speaking to The Mirror, the grandparents accused the stars of ‘parading around in g-strings’ and ‘leaving dirty nappies’.

‘They were screaming and shouting. The noise was awful,’ they said.

‘We had been told to dress appropriately in the restaurants and bar areas but these girls were parading round in bikinis and g-strings.

‘Members of staff would dread them coming in. When they left the whole island breathed a sigh of relief.’

The couple added: ‘They didn’t have to pay for any of the drinks and cocktails and they abused it.

‘We also saw them leave dirty nappies on the beach, discard their rubbish and have loud water fights.’ Eek!