We bet you didn't know all this...

Brooklyn Beckham has been linked to a string of stunning celebs over the years including Chloe Grace Moretz, Madison Beer and even Rita Ora. But his romance with newest girlfriend Hana Cross looks to be the real deal. 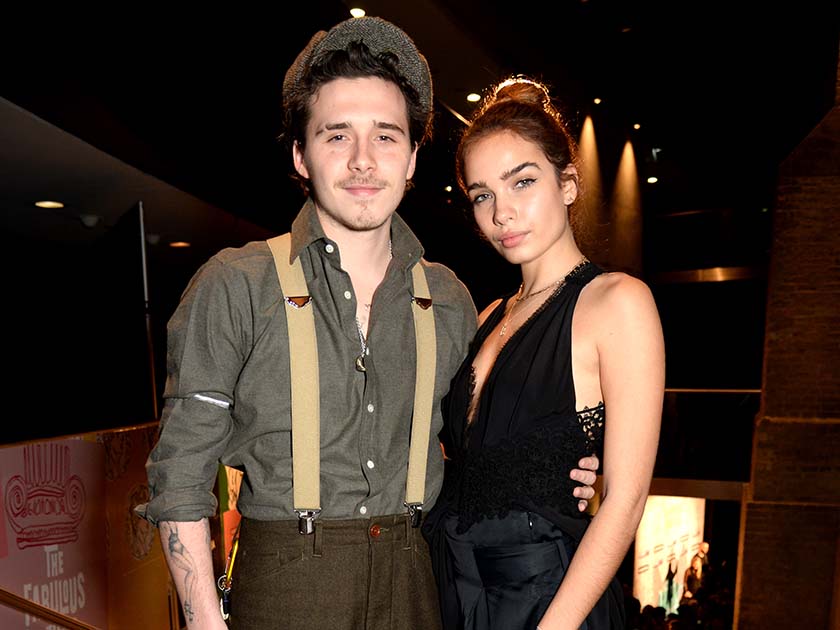 David and Victoria Beckham’s eldest son finally went public with Hana at the Fashion Awards in 2018 after reportedly dating under-the-radar for quite some time.

More: Hana Cross gushes over boyfriend Brooklyn Beckham after he buys her THIS adorable gift: ‘Miss you baby’

And after cementing their love on Instagram a few days later, there’s been no stopping 19-year-old Brooklyn and his girlfriend sharing lots of romantic snaps on social media – including their Valentine’s Day trip to Paris. AW!

But while we’ve watched Brooklyn and his younger siblings, Romeo, 16, Cruz, 14, and seven-year-old Harper, grow up in the limelight – we still don’t know very much about Hana Cross. Until now…

Who is Brooklyn Beckham’s girlfriend?

Brooklyn is currently in a relationship with 21-year-old Hana Cross who is a model signed to Select Model Management.

Working for the London-based agency – which also represents the likes of Pixie Geldof and Sam Rollinson – Hana has posed for big brands such as Newlook, Topshop, Nasty Gal and ASOS.

Before getting with Brooklyn, Hana was previously linked to YouTube singer Lexy Panterra – but the pair split after just a couple of months.

The brunette beauty often shares selfies on Instagram and currently has 211k followers – but that’s likely to keep growing now she’s part of the most famous family in the country.

How long has Brooklyn Beckham been dating Hana Cross?

Brooklyn and Hana have been dating for at least four months if their social media activity is anything to go by.

All the way back in October, Hana posted a photo of herself in a car which saw Brooklyn’s tattoo make an appearance on the steering wheel.

The loved-up pair were then seen together on a date at Winter Wonderland a few weeks later, and Brooklyn appeared on Hana’s Instagram again at a Mumford and Sons gig later that same month.

Finally going public with their romance, they were then pictured leaving the British Fashion Awards after party hand-in-hand in December… and the rest is history. 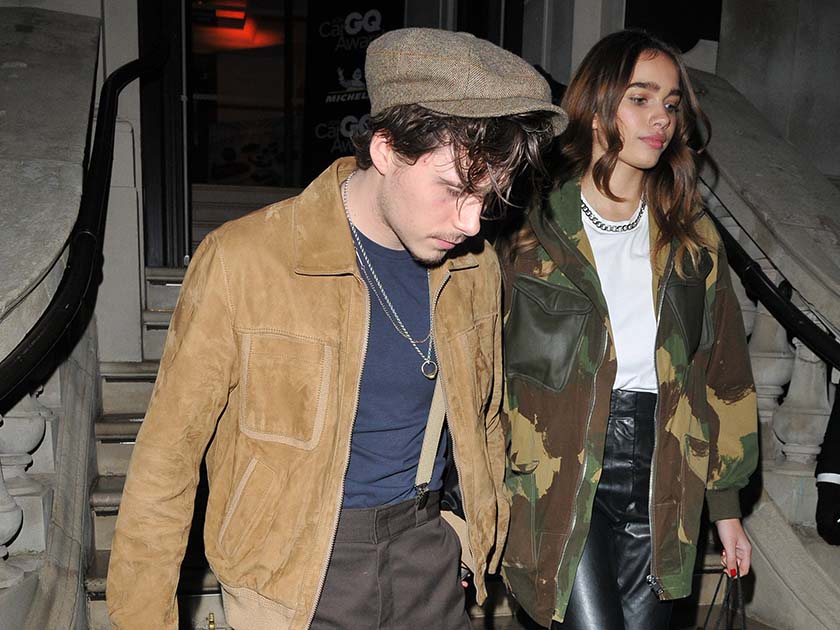 Showing they’re definitely serious, the ridiculously good-looking couple spent NYE together, jetted off on a romantic trip to Paris in February, and even stepped out in matching necklaces recently. Ah, young love.

While we’re not sure exactly how Brooklyn and Hana met, the model seems to be very good friends with Libby Adams – who is Victoria and David’s niece.

Libby even joined the couple on their date to Winter Wonderland back in November. So maybe she introduced them?

Hana is British and seemingly went to school in Chipping Campden in the Cotswolds.

Just like her boyfriend, most of Hana’s Instagram snaps see her in London attending fancy parties, on fashion shoots and hanging out with celebs.

They might have only been dating for a few months, but Victoria Beckham has already met her son’s girlfriend Hana.

Just a few weeks later, Hana joined the whole family at their house in the Cotswolds for the annual Beckham New Years Eve party.

And it looks like the model has got the Victoria seal of approval, because as well as bonding in New York City in January, Hana sat front row at the debut of her new collection during London Fashion Week.

Alongside Brooklyn, David, Romeo, Cruz and Harper, Hana watched models walk down the catwalk at the Tate Britain.

This marks a huge milestone in their relationship, as Hana is actually the first girlfriend to ever join the Beckhams on the front row.

The 21-year-old later shared a sweet tribute to the former Spice Girls star, writing on Instagram: ‘such a stunning show❤️❤️ @victoriabeckham.’

Brooklyn may only be 19-years-old, but he’s already had quite a few girlfriends – the most long-term being with Hollywood actress Chloe Grace Moretz.

After meeting at Paris Fashion Week in May 2014, the pair kept their relationship very private before reportedly parting ways just a year later in 2015. 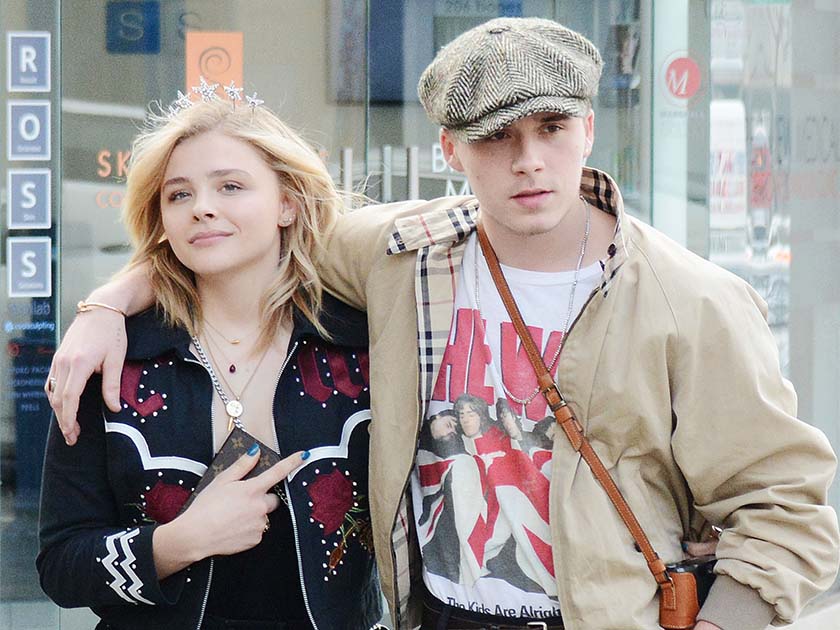 But it looked like things were firmly back on in April 2016 when Brooklyn shared a sweet photo of the two on Instagram.

After another split just a few months later, the pair got back together AGAIN in September 2017.

Unfortunately, it wasn’t to be as Brooklyn was then spotted kissing Playboy model Lexi Wood in April last year – marking the end of their on/off romance.