She’s faced a tough year after splitting from fiancé Andrew Brady, but now it looks like Caroline Flack is well and truly moving on. 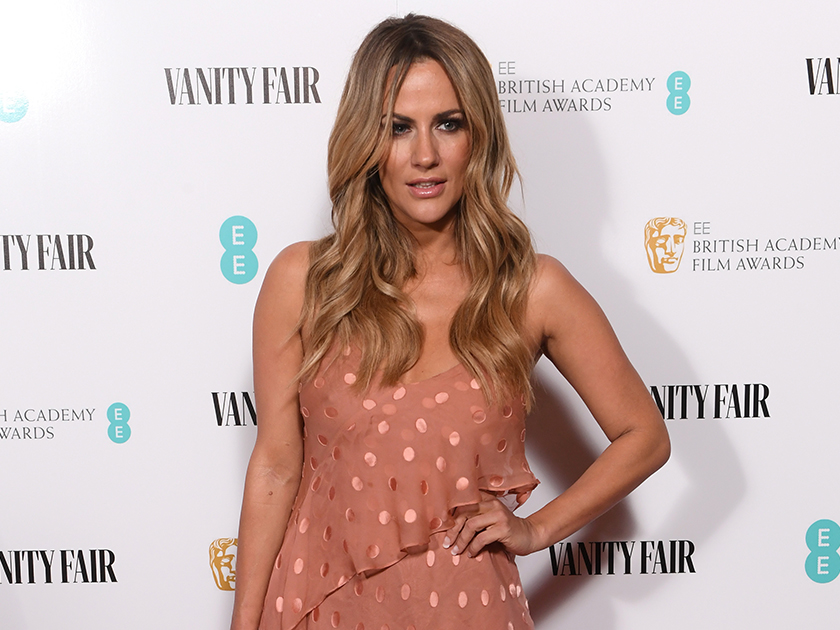 The Love Island host has recently been linked to her hunky personal trainer Bradley Simmonds after a few ‘flirty’ sessions in the gym.

And the pair did little to squash rumours when they were spotted cosying up on a night out over the weekend.

In some snaps taken on Friday last week, 39-year-old Caroline can be seen wearing a tan leather coat over the top of a leopard print dress.

Braving the cold weather, the telly star went bare legged on the date night as she completed the look with a pair of heeled ankle boots.

The photos – obtained by The Sun – also show 25-year-old Bradley wrapped up in a grey overcoat as he walked arm-in-arm with Caroline while holding a large overnight bag.

And according to the publication, now the pair are officially dating.

‘After spending so much time together, they just fell for each other, although it’s still early days. They make each other laugh, and he’s a really nice guy.

‘All her mates approve. Everyone’s over the moon for Caroline – she’s the happiest she’s been in a long time!’

This comes after the ridiculously good looking pair got tongues wagging after reportedly forming a ‘close bond’ while training in recent weeks.

A source previously told The Sun: ‘Bradley’s really handsome, and even though they’re not dating, there’s a flirtation there. And who wouldn’t fancy Caroline?

‘She’s not looking for anything serious but it’s always nice to have a bit of male attention, especially from someone hot.’

And after a quick look at Bradley’s Instagram page, we’re not surprised the fitness fanatic has caught the presenter’s eye…

‘Caroline and AJ were the talk of the party,’ an onlooker told The Sun. 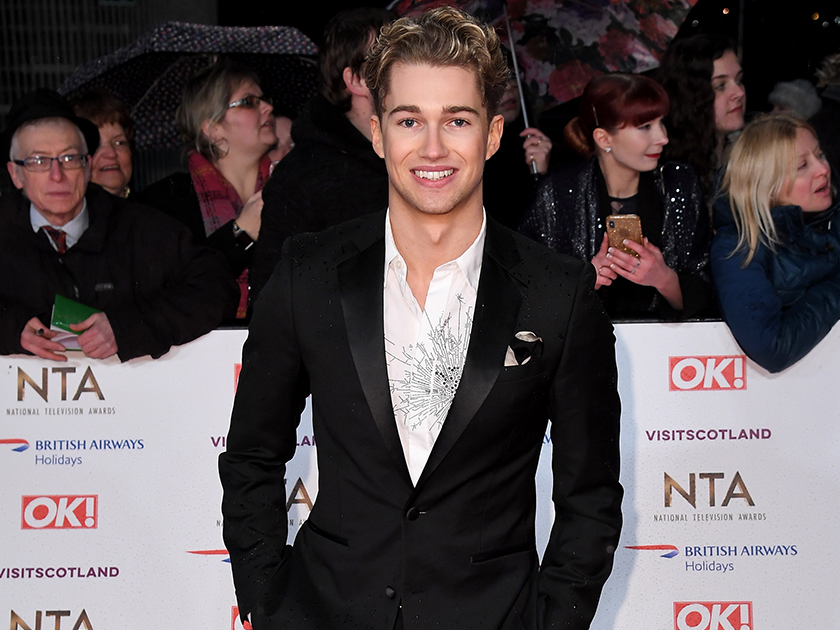 ‘They were openly snogging each other and didn’t seem to care who was looking. AJ was blatantly touching her bum throughout the night and Caroline cuddled up to him as they walked through the bar.’

The source added: ‘They had plenty of chemistry and were acting like a proper couple.’

CelebsNow have reached out to Caroline’s reps for comment.