We wonder when she had this done?!

TV presenter Caroline Flack has revealed her regret at getting unicorn tattoo along her bikini line in a reflective Instagram post.

The 39-year-old Love Island host showed off her svelte figure in a skimpy two-piece stars and stripes bikini, in a relaxed poolside shot.

MORE: Caroline Flack officially confirms her and Andrew Brady are OVER, weeks after hinting at a reunion

Captioning the holiday image she wrote: ‘Bedroom of dreams… tattoo of regret…🦄’

The sunny snap attracted more than 54,000 likes and scores of fans rushed to empathise with the star over her tattoo woes.

One wrote: ‘I have a regrettable tattoo there to why do we do it.’

Another added: ‘How old we you when you had it done? #teenageyears I’ve got one I regret too.’

While a third offered: ‘You can always get it covered up with something else you know, or lasered off!’

But some suggested she should brush off her concerns and wear her magical tattoo with pride.

One wrote: ‘It’ll remind you that you were young once.’

While another added: ‘You can’t regret a unicorn 🦄’

This isn’t the only inking Caroline has on her body. The former I’m a Celebrity…Get Me Out of Here! host also has a large tattoo of her butterfly on her back.

The body art has an inspirational message written just above it that reads ‘Carolina moon keep shining’, which the star indicated signified a fresh start.

When asked where she got the message, she replied: ‘Lovely words from a lovely person.’ 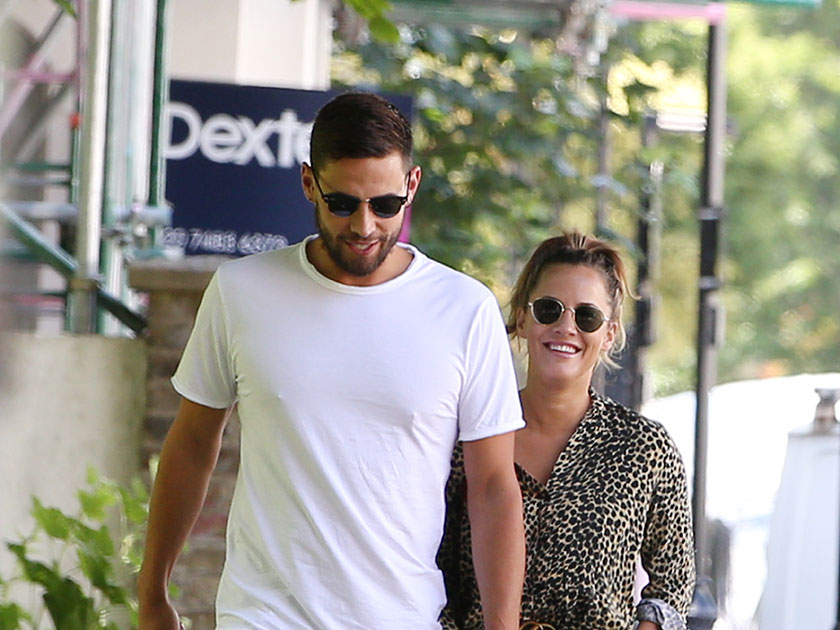 She’s also said to have the initials AB and a love heart etched on to her wrist from her relationship with former fiancé Andrew Brady, but recent Instagram photos indicate that it may no longer be there.

This is in addition to a star in her ear and a paw print on the back of her ear as an ode to her beloved pet cat waffle.

We wonder if a stint on Channel 4’s Tattoo Fixers is calling or whether Caroline has accepted that she’ll live and learn?