It's been a VERY big year for Chez

After taking a year away from the spotlight to welcome baby Bear, we were SO excited to hear that Cheryl was finally make her showbiz comeback.

But while the 35-year-old has had a jam-packed 2018 with a brand new single and TV role, the past few months haven’t exactly gone to plan for Chez.

In fact, the former Girls Aloud star has faced her fair share of criticism following a shock split from Liam Payne and a handful of controversial performances. 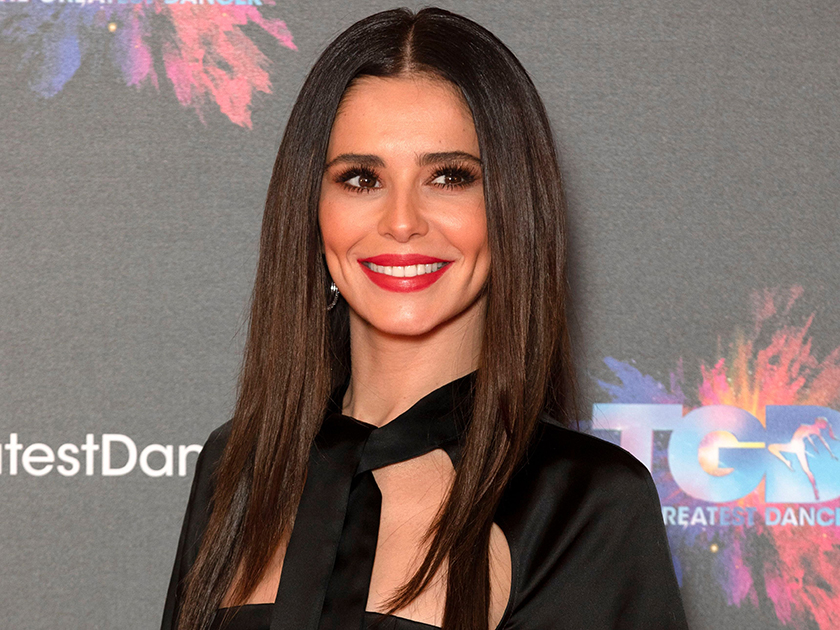 So, as we get ready for another year of Cheryl back on our screens, let’s take a look at her return to the spotlight…

Just a few months after their VERY cosy display at the Brit Awards, Cheryl and her One Direction boyfriend announced they had parted ways just over a year since welcoming their son Bear.

Taking to Instagram in June, the star wrote: ‘We are sad to announce that we are going our separate ways. It’s been a tough decision for us to make. 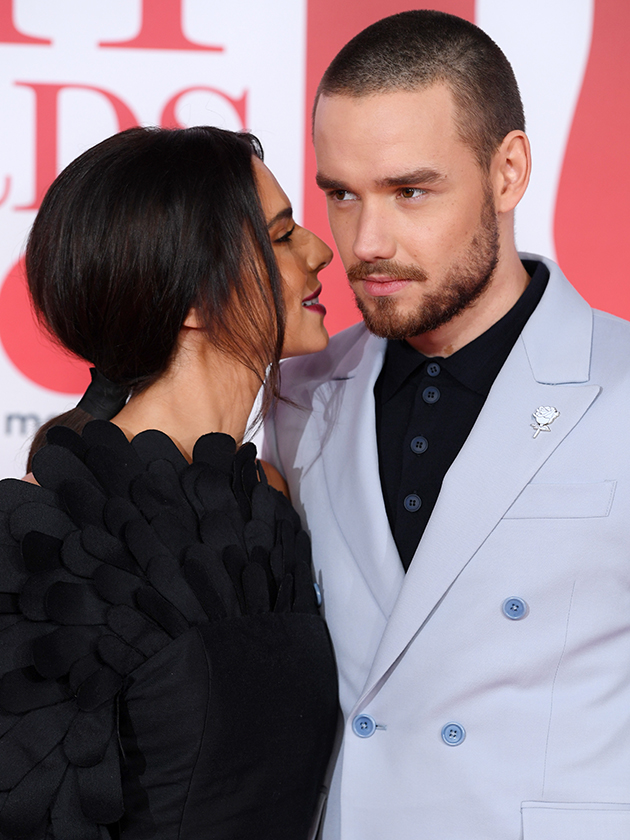 ‘We still have so much love for each other as a family. Bear is our world and we ask that you respect his privacy as we navigate our way through this together.’

Obviously, the celeb pair were met by a load of devastated fans begging for them to get back together, although that looks unlikely as 25-year-old Liam has since been linked to a whole host of models.

Maybe 2019 is the year Chez will finally find her Mr Right?

Following months of speculation, Chez was finally announced to be joining new talent show The Greatest Dancer in August.

The BBC confirmed that the mum-of-one will be joined by Glee star Matthew Morrison and Strictly Come Dancing professional Oti Mabuse as Dance Captains.

Presented by Alesha Dixon and Jordan Banjo, the series is sure to be a hit with viewers, with a brand new teaser clip even showing Cheryl breaking down in tears during the first episode.

So we can expect dramatic auditions, tough challenges and some amazing live performances when the show hits our TV screens on January 20.

On November 9 Cheryl dropped her brand new single Love Made Me Do It which featured some very personal lines such as, ‘I’m such a sucker that falls in love with every f**ker’.

Unfortunately, while it gave us a glimpse into Chez’s love life, the catchy track didn’t exactly impress music fans and stumbled into the UK charts at 19 before falling to 48 the following week.

This disappointing chart performance also came days after Cheryl said that if she didn’t have a hit with her new single, she would quit music altogether.

‘I’m not going to jump around working hard and spending time away from my son for that.’

When Cheryl returned to The X Factor in November, it’s safe to say that things didn’t quite go to plan.

The star was seen grinding against the hot male dancers during the song, and licking her hand before she sang the tune. 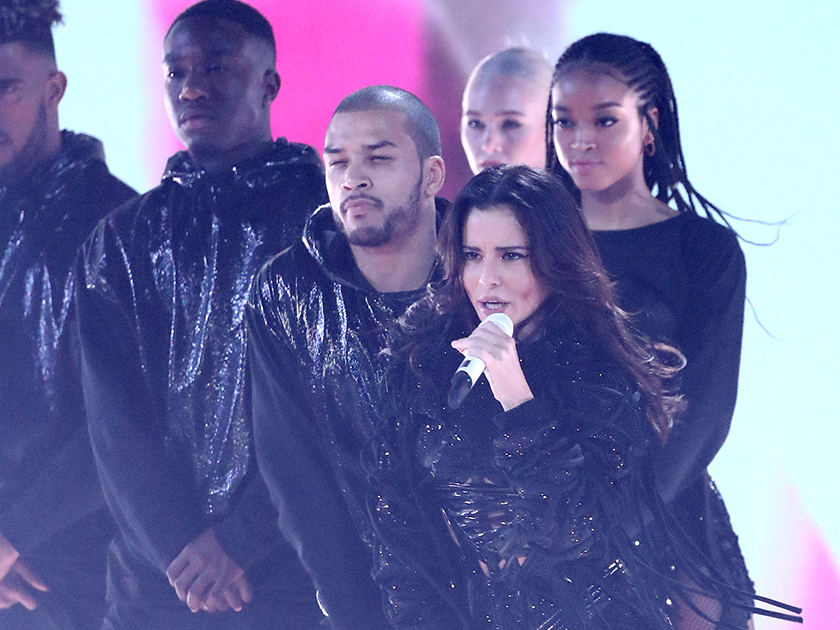 In fact, the show even received 15 Ofcom complaints, with people claiming the performance was too racy before the 9pm watershed.

And it seems as though the negative feedback hit Chezza hard, with a source later claiming that the ‘devastated’ star watched the ITV programme back on repeat to work out what viewers disliked about it.

Although Cheryl was quick to hit back at the haters, as she later shared a super sassy video along with the caption: ‘Walking away from negativity like .. ✨’

Following on from her music criticism, the star recently turned her hand to another venture by releasing her very own line of hair extensions. 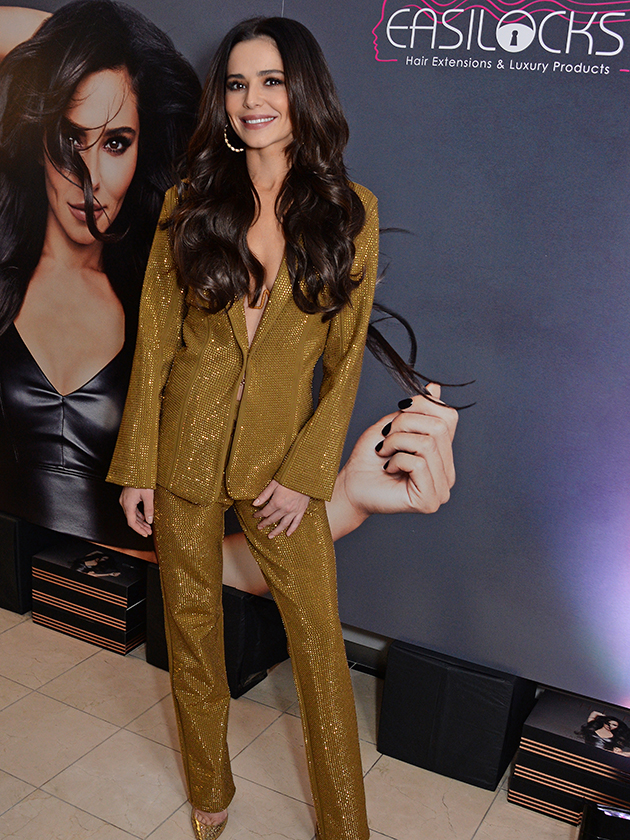 Chez joined the likes of Megan McKenna and Charlotte Crosby in November as she released her own Easilocks ranges.

Speaking at the launch, the pop star revealed she created the extensions alongside hair expert Shane O’Sullivan, explaining: ‘We’ve based this collaboration on my go to looks and favourite shades and with Shane’s expertise and innovative techniques in hair processing we’ve really brought hair extensions to a whole new level.’

If all that wasn’t enough, it was announced last month that Chez has parted ways with cosmetics brand L’Oreal after nine years.

Chez first joined the French hair and beauty giant as a spokesmodel back in 2009 while she was a judge on The X Factor and has run countless campaigns with them since.

But L’Oreal decided not to renew their reported £4million contract with the 35-year-old earlier this year.

A L’Oreal Paris UK spokesperson has confirmed: ‘Following discussions with Cheryl and her team earlier this year, we can confirm that our spokesmodel partnership has come to an end, however she continues to be a friend of the brand.

‘We’re very proud to have worked with Cheryl for nine years and to have been part of her story, sharing and celebrating all things “worth it.”’

Proving there’s no bad blood, Cheryl also added: ‘I have had an amazing experience as L’Oreal Paris’ UK spokesmodel for the past nine years and have loved working with the team over there.

‘It always felt like more than a partnership and I would like to thank them all for the opportunities it has afforded me.’

Here’s to another year of Chez…