Viewers were NOT happy...

Gemma Collins had fans up in arms after watching her take to the ice one last time during the Dancing On Ice finale on Sunday night. 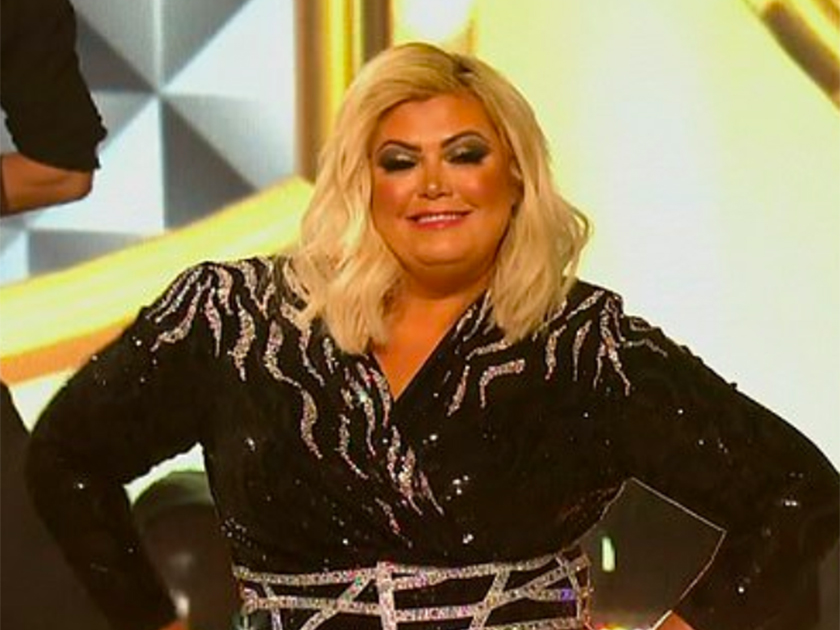 The 38-year-old was back in her skates for one last spin around the rink alongside her fellow evicted celebrities for a group performance – but her routine left a lot to be desired by viewers watching at home.

MORE: Was Gemma Collins’ split with Arg just a publicity stunt? ‘Anything for a few column inches!’

Taking to the ice with pro partner Matt Evers, the pair appeared under a giant ‘GC’ sign before Gemma emerged from behind a feather boa.

Performing some moves from one of her old routines to Beyonce’s ‘Crazy In Love’, The GC gave the audience a shimmy before getting onto her knees, rolling over and letting Matt skate over her head.

And that was pretty much it…

Fans of DOI were quick to express their disappointment on social media, with many blasting the TOWIE star for not actually doing any skating.

One said: ‘Gemma Collins turns up for final. Stands still and rolls around the ice on her a***. So no actual skating then! Standard 🤣.’

Another added: ‘Good to see that Gemma Collins hasn’t forgotten how to stand around on the ice and not actually skate #DancingOnIce.’

A third moaned: ‘#GemmaCollins She hasn’t skated ! Waved her arms, waste of time her being there.’

And a fourth added: ‘Gemma collins back and not skating again, she might as well not be on ice.’

While a fifth gasped: ‘omg why is she there, Gemma???’

Gemma’s appearance at the Dancing On Ice final was up in the air until late last week, after she pulled out following some hurtful words from judge Jason Gardiner.

The 47-year-old, who has had an ongoing feud with Gemma, compared her to a fridge while on This Morning on Tuesday, which led to her cancelling her appearance at the final.

But confirming she would indeed return, Gemma explained on The Jonathan Ross Show on Saturday: ‘I did pull out and then I thought, to everyone that has supported me, for my own self esteem, I am not going to back down to anybody.

‘I am going to walk back in on that show on Sunday night and I am going to skate like it’s the last day of my life!’