Did you notice it?

Holly Willoughby left fans scratching their heads over her choice of designer frock for the Dancing On Ice final. 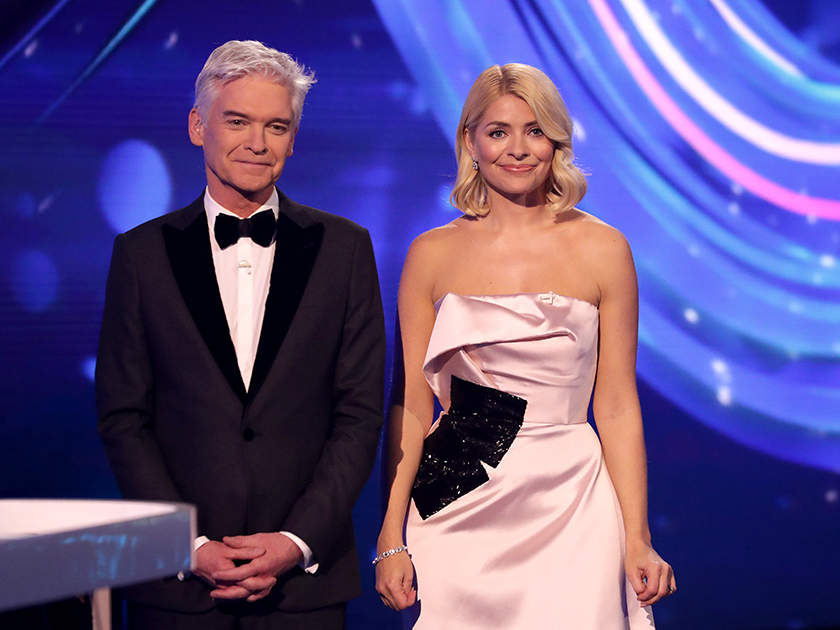 The 38-year-old chose her most glamorous look to date to celebrate the end of the series on Sunday, opting for an elegant pink strapless satin floor-length gown by Peter Langer.

MORE: Dancing On Ice 2019: Gemma Collins ANGERS fans with final skate routine: ‘Waste of time her being there’

Sharing her look on Instagram ahead of the show, Holly oozed old Hollywood glamour as she praised the successful series.

But the feature of black sparkly patches that adorned Holly’s waistline left fans very confused, with many comparing the embellishment to duct tape.

Unimpressed with Holly’s outfit choice, fans flooded Twitter to mock the unusual patch, with some questioning whether she had suffered a wardrobe malfunction before she went on air. 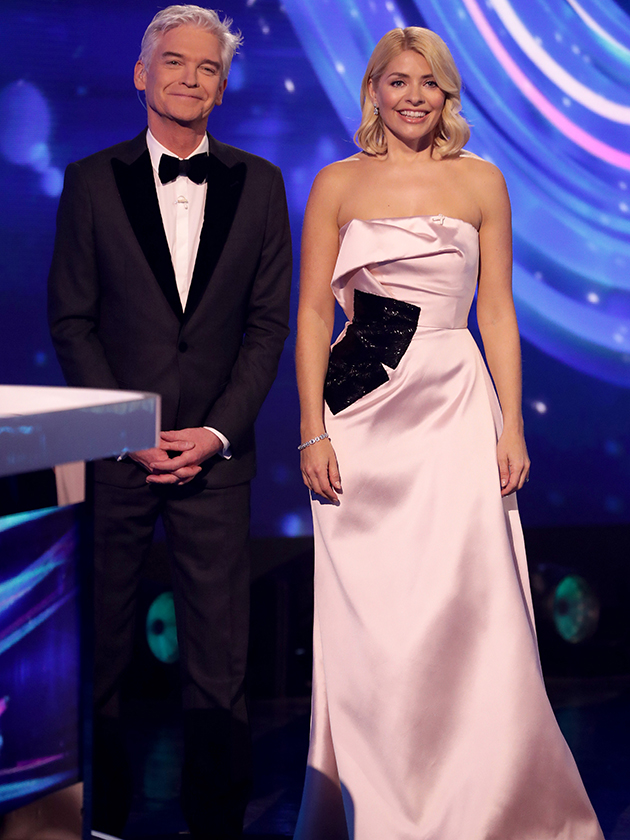 One viewer asked: ‘Has @hollywills slopped something on her dress before the show? Those black patches look odd🤔🤔 #DancingOnIce @ITV.’

Another said: ‘Why does holly’s dress look like it’s ripped but they didn’t have time to fix it so they’ve just used duct tape on it??’

A third questioned: ‘Why does @hollywills dress have what looks like two random patches of gaffer tape stuck to it?! I don’t get fashion…’

While a fourth added: ‘Love @hollywills but why did they stick a glittery black puncture repair kit on her dress? #DancingOnIce.’

And a fifth moaned: ‘Has @hollywills dress on @dancingonice broken and been stuck together with gaffa tape? Silly black patches on an otherwise beautiful dress…’

But there were some who loved Holly’s couture gown, with one fan gushing: ‘Holly’s dress is GORGEOUS!!!! 💖💖💖.’ 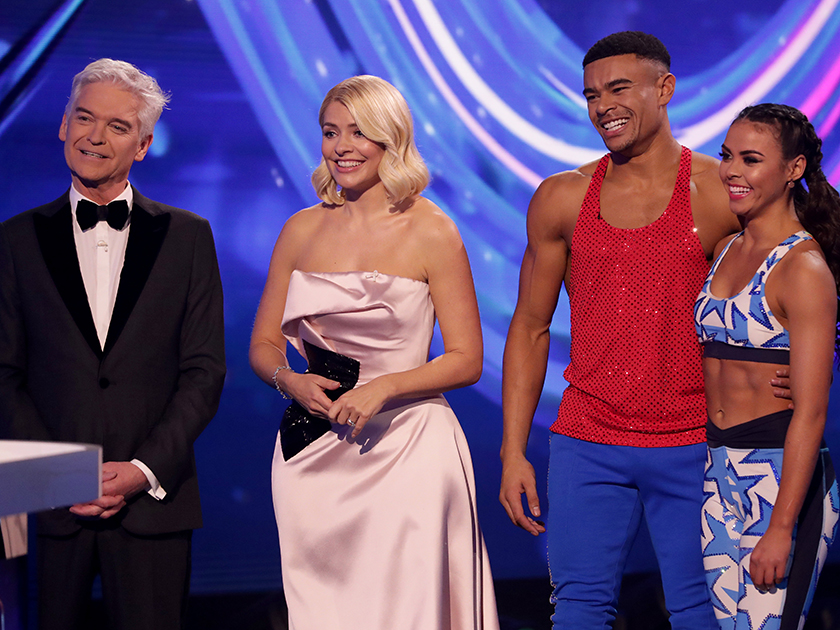 Another commented: ‘Holly Willoughby slays it every week, that women is on news levels.’ 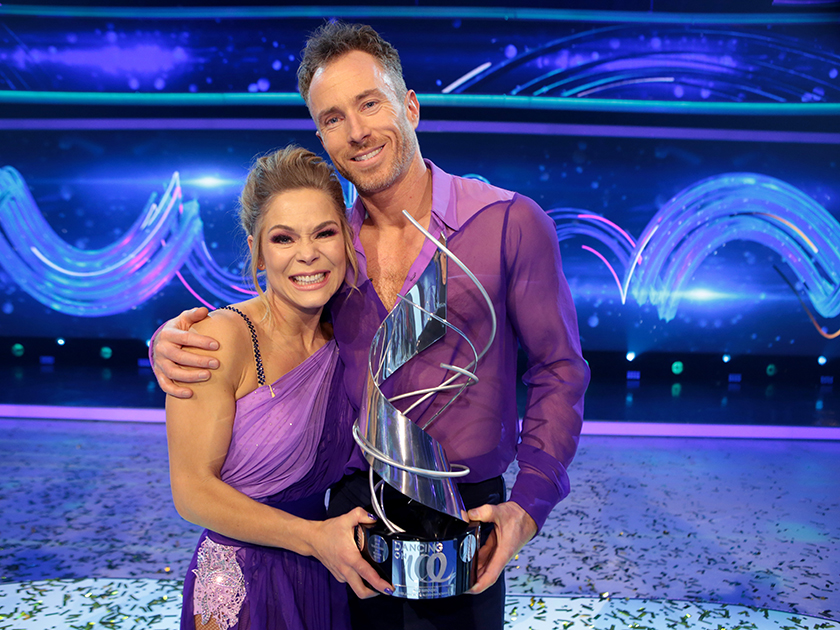 James beat Love Island’s Wes Nelson and his pro partner Vanessa Bauer after each pair had to dance the Bolero.

Lifting the trophy, James said: ‘I can’t believe it. Oh my Gosh. I couldn’t have given it any more.’