Yes you read that right!

David Beckham has sent TV fans into a frenzy after posting two images of him on the set of a major show.

The fashion designer and former footballer shared the behind-the-scenes snaps from smash BBC series Peaky Blinders – which is set in 1920s Birmingham – with his 53.3 million Instagram followers.

He captioned one snap with the words: ‘Big thanks to the creator Steve Knight and the crew for looking after me. Excited for season 5 @peakyblindersofficial.’ 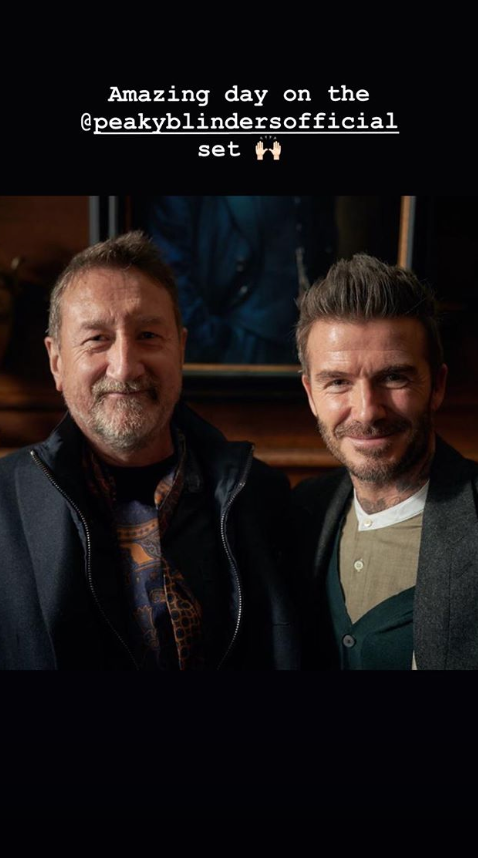 Donning a suit, the 43-year-old wouldn’t look out of place among show’s characters including gang leader Tommy Shelby – played by actor Cillian Murphy.

The first of the above snaps was also posted on the show’s official Twitter pages, with scores of fans rushing to make a comment.

One questioned: ‘So… he is going to be in some ep?’

While another added: ‘Guest appearance in the crowd scene please xxxx’ 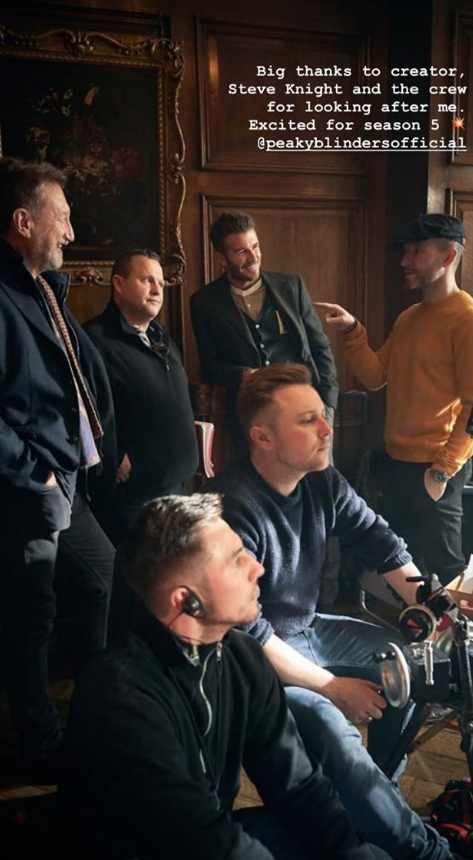 A third continued: ‘Is he’s going to have little part to play? sitting at the bar Drinking Haig Club whiskey lol’

Sadly for avid viewers of the show, its spokesperson appeared to deny that Becks would be taking a starring role in the forthcoming series.

‘We’re not aware of David appearing in the fifth series of ‘Peaky Blinders’,’ they added.

Despite this, there are bound to be those who still hold out hope.

And the dad-of-four also seemed to reveal his love for the show in an earlier Instagram post, revealing that a capsule collection with fashion house Kent and Curwen was ‘inspired by one of my favourite series @peakyblindersofficial’.

David has previously tested out his acting mettle with roles in movies by his filmmaker chum Guy Ritchie: The Man From U.N.C.L.E. and King Arthur: Legend of the Sword.

Peaky Blinders will make its move from BBC Two to BBC One this year, and its anticipated that season give will kick off in the autumn.

We say watch this space.