David Beckham and eldest son Brooklyn stepped out side by side at the London premier for Netflix’s Our Planet last night, looking dapper as they sported matching black tuxedos. 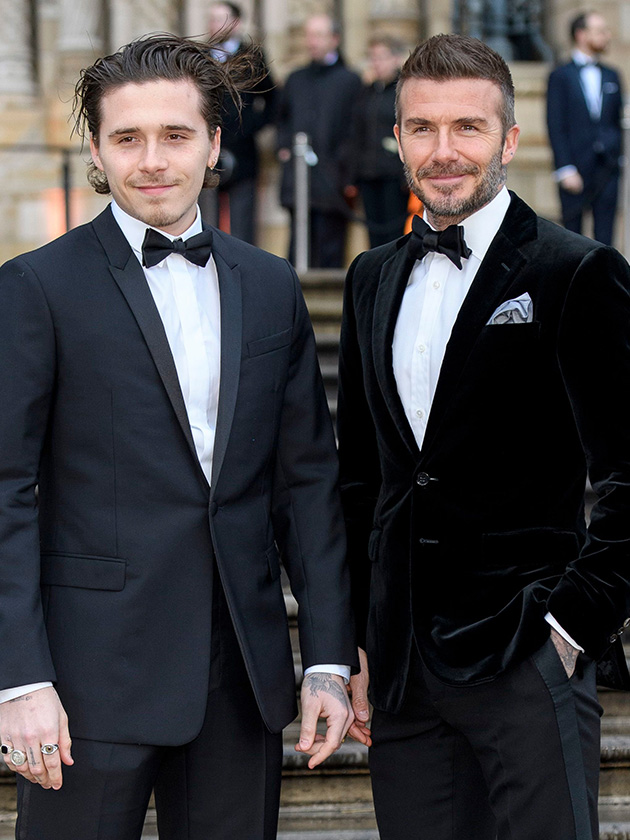 The Beckham men looked similar in their immaculate bow ties and matching shiny shoes as they posed proudly for the cameras at the star-studded bash for Sir David Attenborough’s newest nature documentary.

More: David Beckham gives glimpse of adorable family day out as he spends time with Brooklyn and his girlfriend Hana Cross

David, 43, and 20-year-old Brooklyn also flashed a glimpse of their coordinating hand tattoos as they stood side by side on the red carpet.

Once inside the event, the pair were photographed greeting Prince Charles, 70, and Prince William, 36, smiling as they chatted to the royal father and son. 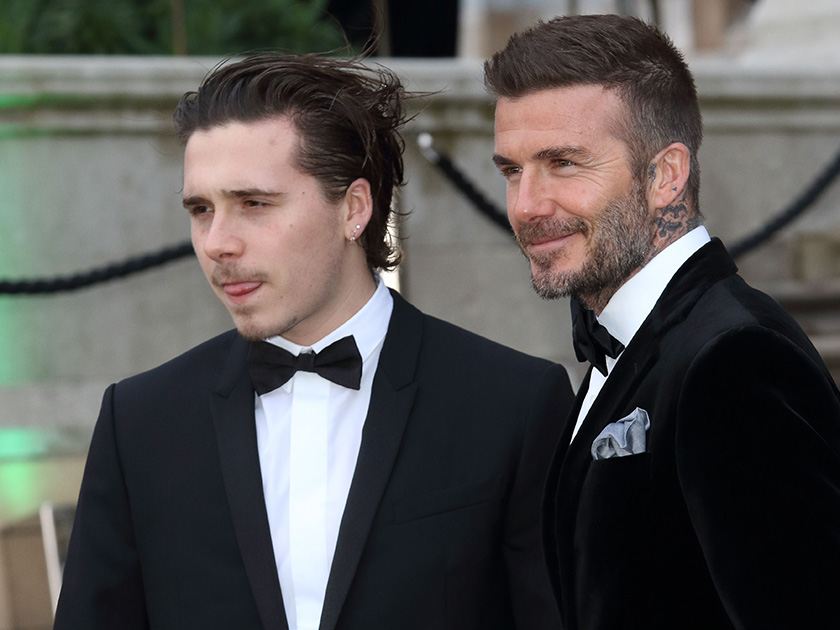 David – who also shares Romeo, 16, Cruz, 14, and Harper, seven, with wife Victoria – took to social media later that night to share some snaps from the event with fans.

In one photo, the footballing legend and son can be seen standing beside 92-year-old Sir David Attenborough, as the three posed for a photo. 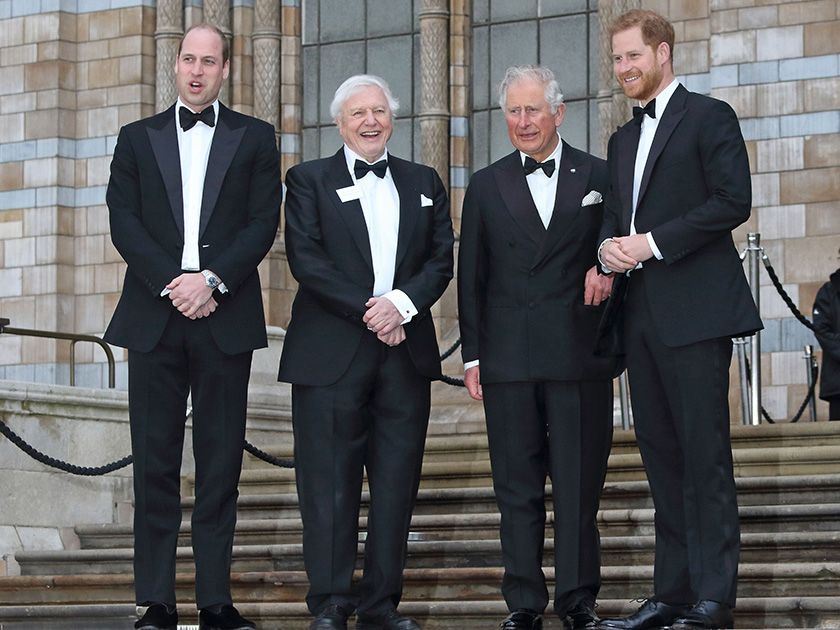 Captioning the image, David praised the naturalist for his incredible documentary, writing: ‘Inspiring evening with my boy at the launch of @ourplanet with @wwf. Amazing to hear Sir David Attenborough and Prince Charles talk with such passion about the need to protect our natural world for all our children and our children’s children..’

Becks went on to give details of the important topics of conversation from the evening, adding: ‘Also always great to catch up with Prince William & Prince Harry and to hear how they have inherited their father’s commitment to fight for wildlife and nature…’ 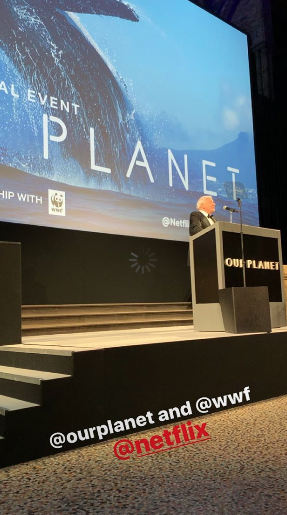 Fans couldn’t wait to comment on the snaps, with one writing: ‘2 legends together. Both for different reasons, but the two great things of our planet. Footy and nature.’