Heidi Klum made sure all eyes were on her as she stunned in a seriously low-cut dress at the amfAR Gala last night. 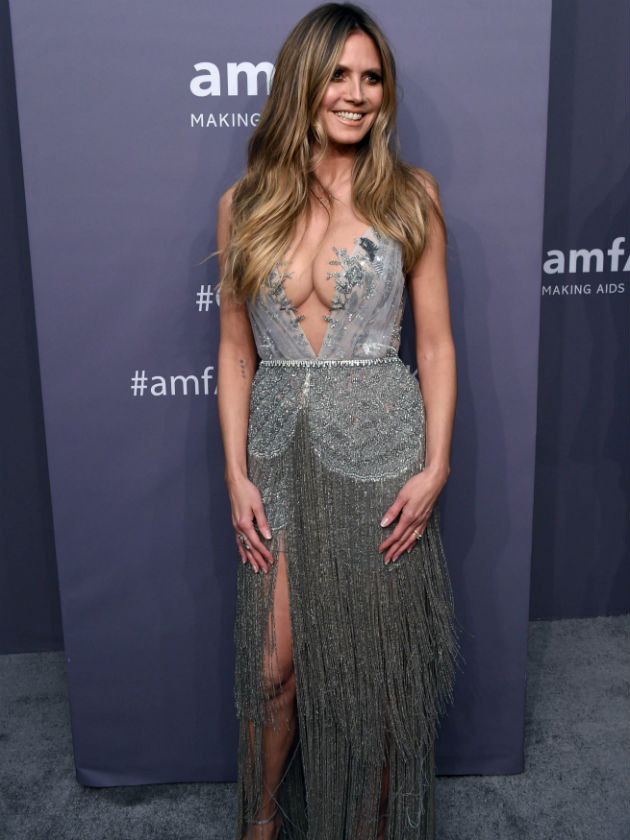 The German supermodel looked sensational in a shimmering silver couture dress by Paolo Sebastian, which accentuated her cleavage to perfection.

Heidi finished off her look with a pair of matching strappy metallic heels, making sure to keep her makeup simple so her dress could do all the talking.

Sharing a clip of her frock on Instagram during the event, Heidi’s fans were almost speechless over her look.

One simply commented ‘stunning’, while another said: ‘Your dress is wonderful!’

A third suggested that Heidi looked so stunning because she’s found love with fiancé Tom Kaulitz.

They said: ‘The glow of love surrounding you shows in every photo you post.’

Heidi’s outing comes after she confirmed to Entertainment Tonight that she has finally set a wedding date with Tom, admitting they are very ‘organised’ when it comes to planning their big day. 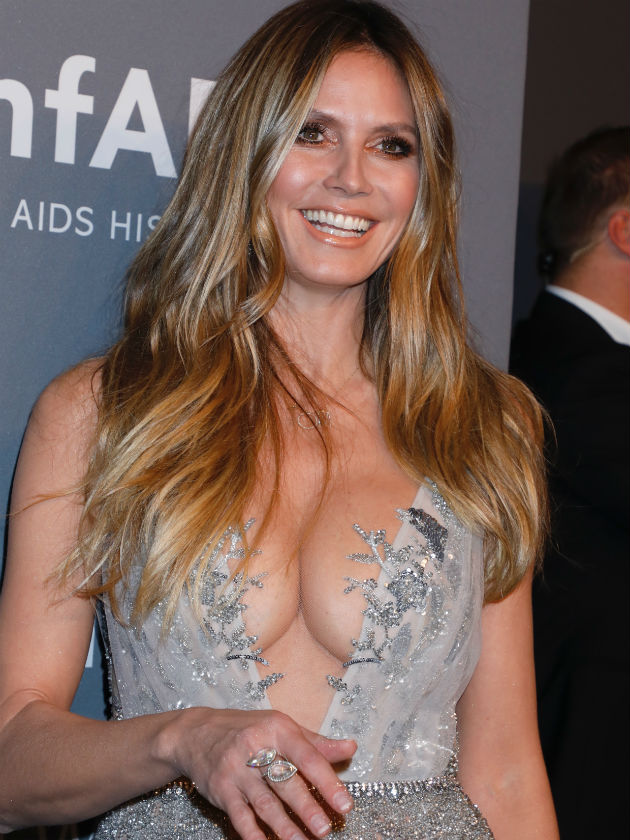 And despite going through two divorces in the past, from Seal and Ric Pipino, Heidi is hoping her third marriage will stick.

She said: ‘I’ve been married twice. I still believe in love and marriage, I do. Even though I failed twice at it. I guess I’m not very good at it. I found a great person, so let’s see what happens.’

The 17-year age gap doesn’t seem to be an issue for Heidi or Tom either, admitting they don’t think about it until it’s ‘shoved’ in their face. 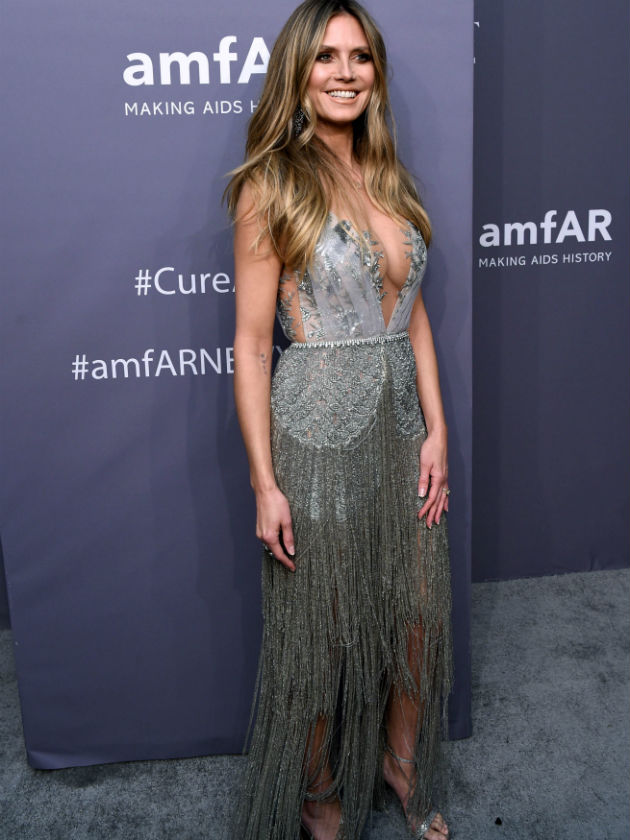 She explained: ‘My boyfriend is many years younger than me, and lots of people are questioning that and asking about it. That’s really the only time when age seems to be shoved in my face and I have to give an answer for it.

‘I don’t really think about it that much otherwise. You have to just live a happy life without worrying too much about what people think because worrying is only going to give you more wrinkles.’