Holly Willoughby enjoyed a wild night out on Thursday as she downed drinks in celebration of her upcoming birthday. 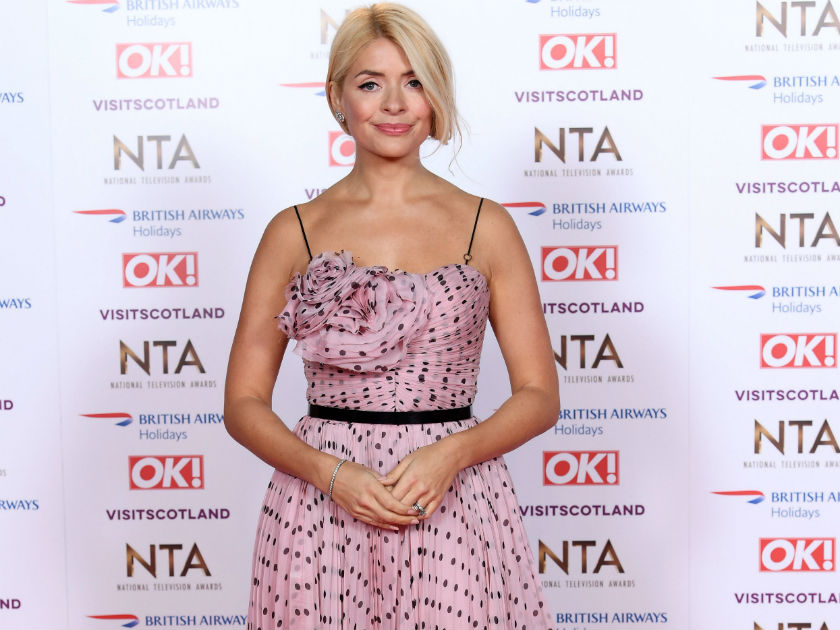 The This Morning star, who turns 38 on Sunday, joined pals at The Streets gig at Brixton Academy for what looked like a late night of partying.

Sharing a snap on Instagram of her VIP wristband as she downed a drink from a red plastic cup, Holly appeared to be having a great night.

She said: ‘Just about sums it up… @mikeskinnerltd @o2academybrix [love heart emoji].’

Frontman Mike Skinner’s wife, Kirstie Le Marque later shared videos on her Instagram story of Holly excitedly jumping around to the music with husband Dan Baldwin as they watched from the side of the stage.

Fans were delighted to see this wild side of Holly, with one commenting: ‘Sometimes I think we don’t get to see the real you @hollywilloughby.’

Another teased: ‘Bet that’s not coffee in that cup,’ while a third added: ‘Holly willoughby is cooler than us.’

And a fourth simply commented: ‘What a woman.’

Holly’s wild night out comes after she was brought to tears by Phillip Schofield, who presented her with a basket of adorable puppies on This Morning.

‘My present to you!’ he said as the puppies were brought out to the tune of Puppy Love.

Holly was in tears as she hugged the adorable eight-week old Pomeranians, even more so when she realised she would have to give them back at the end of the show.

‘You are just so sweet. She’s so sweet… I can’t believe you made me cry over a puppy this is the best thing ever…But then I have to give it back!’