Holly Willoughby found herself at the centre of a shock April Fools joke today on This Morning. 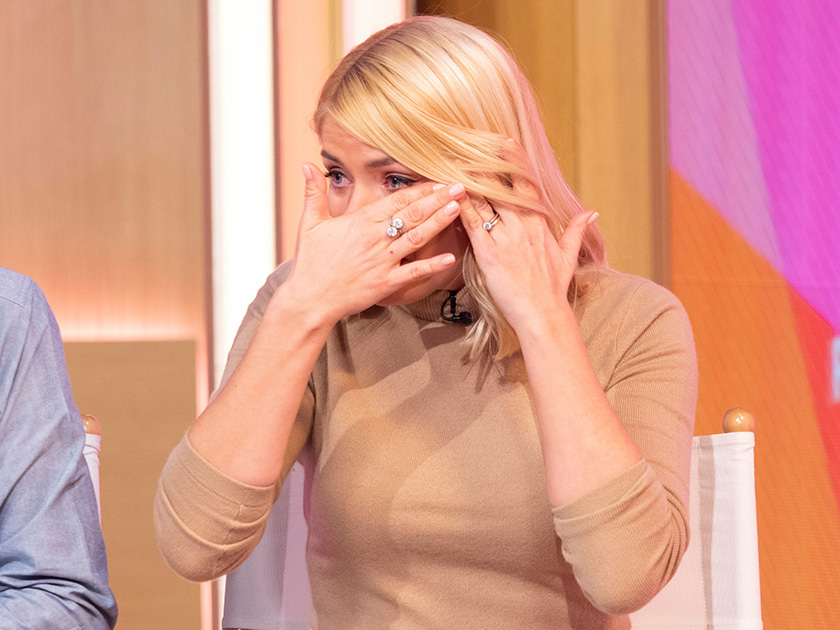 The telly presenter is usually calm and collected during the live telly show, but she became uncharacteristically flustered when things took a turn for the worse during the hilarious skit.

It all started when Phillip Schofield announced a woman named Carol would be treated to a makeover in aid of her high school reunion organised by husband Pete.

But as she stepped out, Carol wasn’t exactly impressed with her *interesting* new look which featured a velvet pink dress, cowboy boots and a big blonde blow dry. 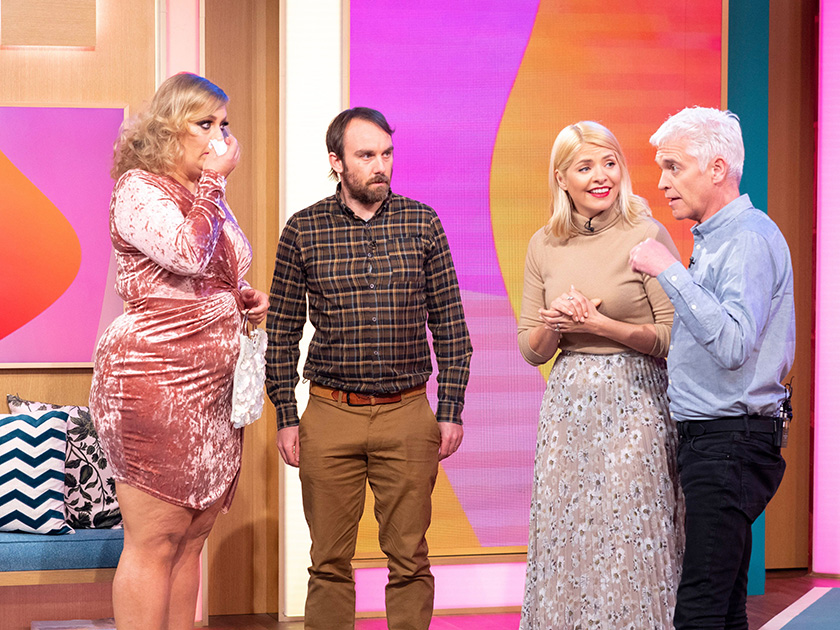 Bursting into tears, the guest asked Holly and Phil: ‘Can we stop filming? It’s not just what I was expecting. Sorry.’

Lisa Snowdon – who assisted with the transformation – looked offended as 38-year-old Holly tried to reassure her that they could fix it.

‘Please don’t worry,’ she said. ‘What we’ll do is, we’ll take you downstairs and you can be in charge and you can go through the rails and you can have a look and find something that you like. And if it’s the make-up, the hair, or anything, we can change it.

‘Do you know what, sometimes it just works out like that.’ 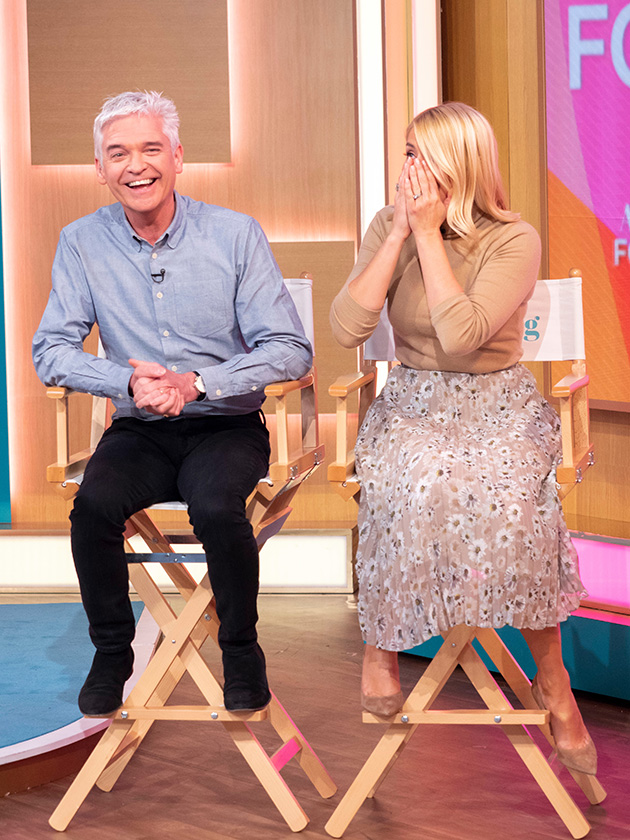 But hurrying the segment along, 57-year-old Phil then added: ‘We’ve got flowers and a plush day out in London. We’ve booked a table at The Ivy and drinks on the London Eye.

‘If you go downstairs you can get into a car we’ve got you.’

Unfortunately, things went from bad to worse when Pete and Carol were shown being driven away in a car before suddenly crashing into the building.

As the producers urged the telly presenters to carry on with the show, Phil turned to a tearful Holly and asked: ‘Can we just pause for a second?’ before shouting, ‘April Fool.’

While the whole studio fell into a fit of giggles, the shocked mum-of-three said: ‘Are you joking? Oh my god, that’s so awful!”

Wiping away tears of laughter, the star added: ‘I am so glad it wasn’t real.’

It looks like Holly wasn’t the only one fooled by the prank, as one viewer wrote on Twitter: ‘This was sooooo cringeworthy!!!! I believed until the car smashed. I thought Lisa had lost the plot – very good though!’ 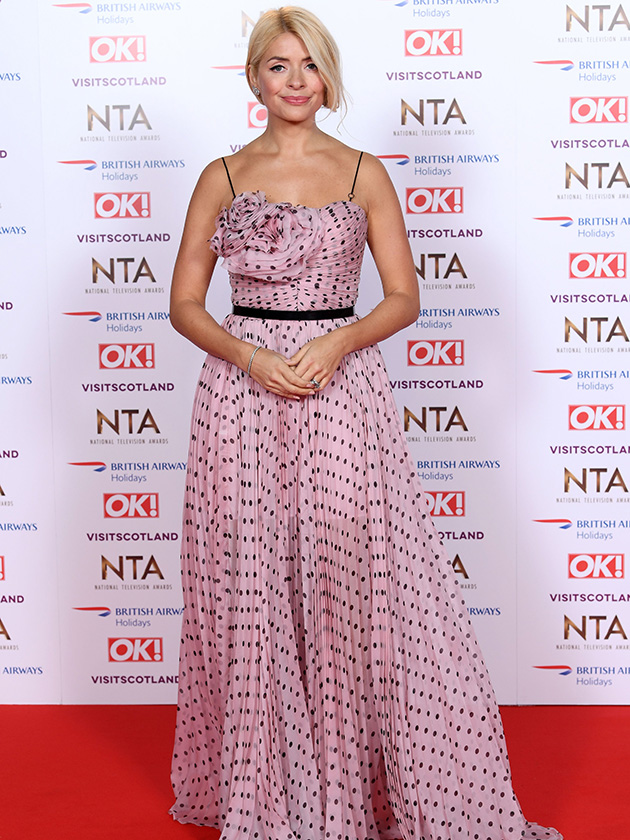 ‘Oh absolutely fantastic I was really taken in and really feeling sorry for that poor woman in that awful dress really good April fools,’ said another.

Now, excuse us while we go and watch this clip five times over.