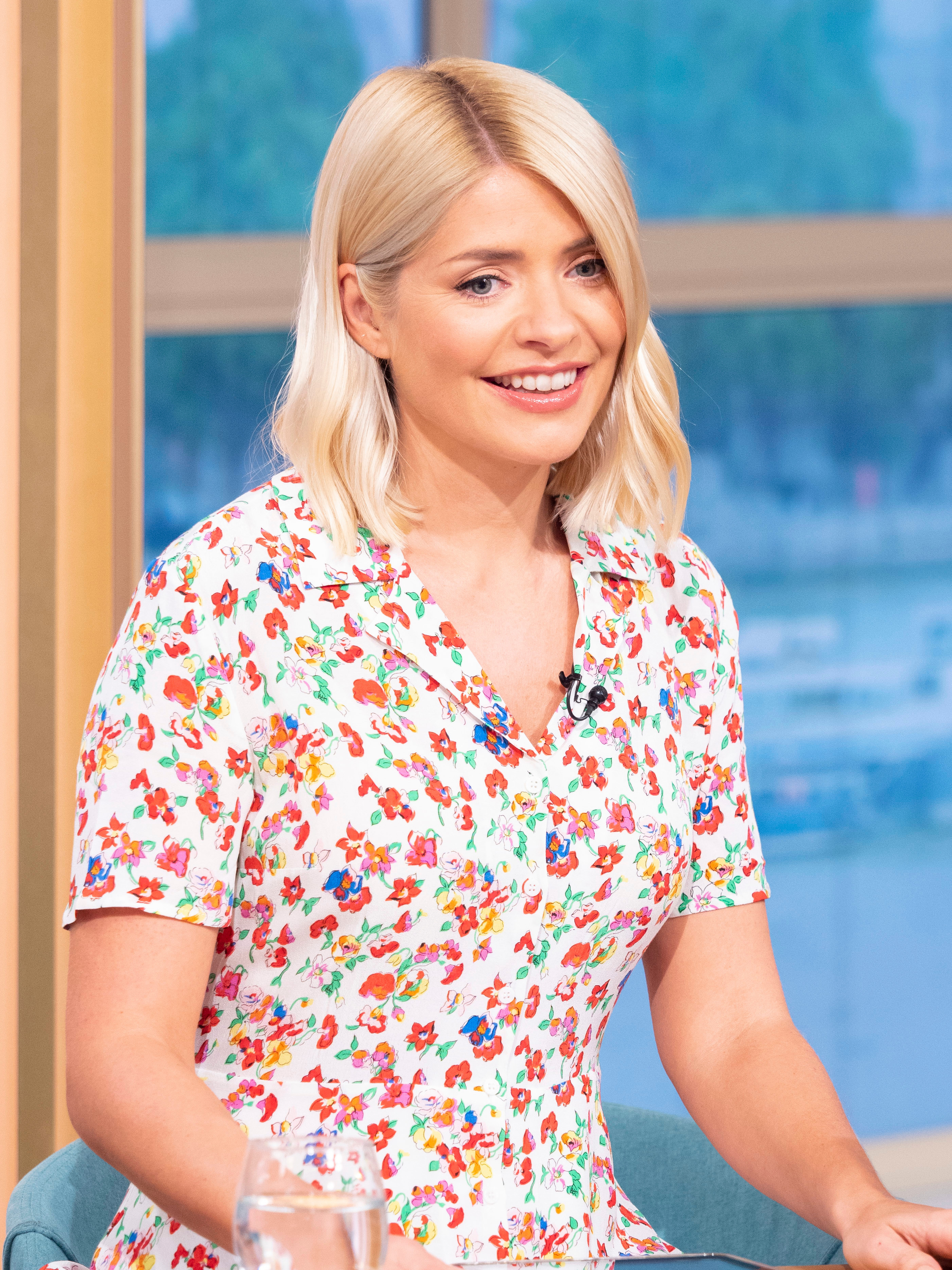 The blonde TV presenter opted for a pretty floral number with short sleeves but some fashion followers said it made her look old before her time.

The dress, by French designer Claudie Pierlot, was white with red and yellow flowers on it and Holly, 38, teamed it with a pair of nude strappy high-heeled sandals.

But despite Holly’s summery look, some fans were not so keen.

One Instagram user said she looked like ‘a granny’ and that the dress was too costly at £239. 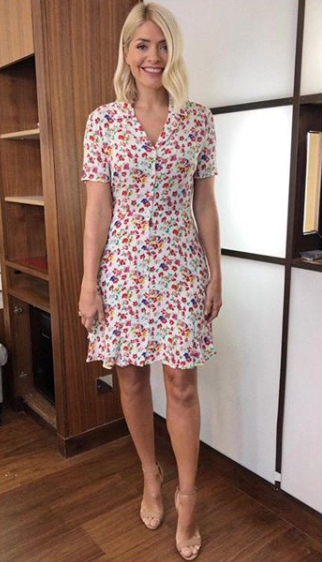 More: Holly Willoughby stuns in all white outfit on This Morning – here’s where you can buy it

Someone else said she looked ‘school marmish’ and that her Celebrity Juice outfits were more youthful.

However her loyal followers jumped to her defence saying she was ‘stunning’ and ‘so pretty’.

One posted: ‘Love this dress. You look fabulous as ever Holly.’

Whatever, we think she looks fab!

Meanwhile, Holly, a mum of three, and SAS nut Ant Middleton clashed on This Morning over their differing attitudes towards parenting.

Father-of-five Ant had told his 10-year-old son Gabriel that he couldn’t cry at school, much to Holly’s disgust.

Ant said: ‘The other day my son came home from school crying and he said that everyone at school had called him a cry baby.

Holly is married to producer Daniel Baldwin since 2007 and they share children Belle, Chester and Harry.