These pics are the CUTEST

We don’t envy Holly Willoughby having to get up at 2am to present I’m A Celebrity Get Me Out Of Here! alongside Declan Donnelly. 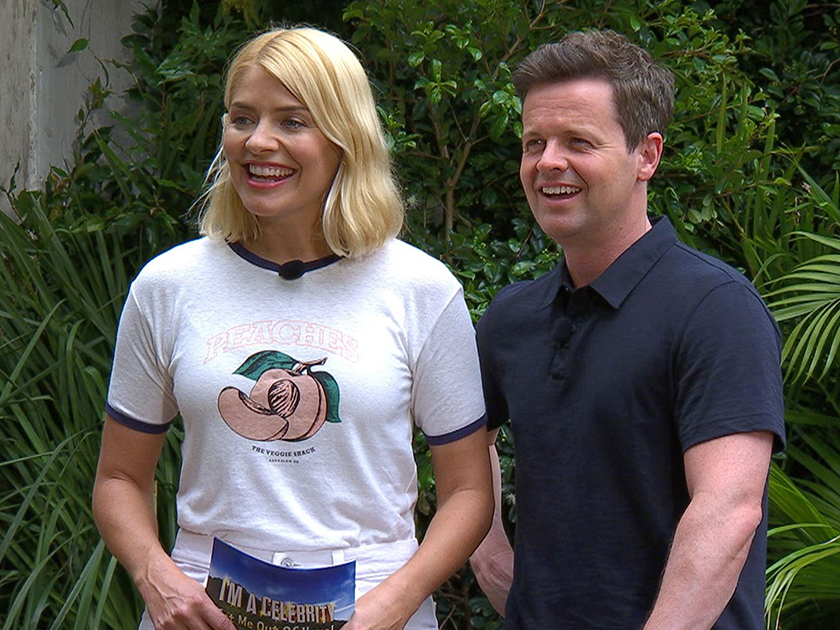 But it looks like even with her jam-packed schedule of watching celebs eat fish eyes and roll around in mealworms, the 37-year-old has still found time to hang out with her little family.

More: I’m A Celebrity 2018 fans BAFFLED as Holly Willoughby and Declan Donnelly suffer bizarre blunder: ‘What was that?!’

While filming Down Under for a month, Holly decided to jet husband Dan Baldwin and their three kids – Harry, nine, Belle, seven, and Chester, four – out to meet her.

And the whole Willoughby gang headed out on a day trip to Currumbin Wildlife Sanctuary yesterday, with telly star Holly sharing a sneak peek at what they got up to.

Taking to Instagram, the mum-of-three shared an adorable photo getting cosy with a load of kangaroos as she held out her hand to feed them.

Wearing a stylish pair of ripped denim shorts along with a navy T-shirt and white plimsole shoes, Holly looked effortlessly cool during the sweet outing.

‘Willoughby, Wallaby, wobbly… I’m aware it’s a kangaroo,’ the This Morning star joked alongside the snap.

Holly also shared another pic holding a Koala bear with a giant smile on her face, as she wrote: ‘Got to have a cuddle with this beautiful girl yesterday… thank you @currumbinsanctuary.’

Praising the sanctuary, she added: ‘Keep up the incredible work you do helping to protect and preserve the future of these beautiful animals.’

And fans couldn’t wait to gush over the sweet photos, as one wrote: ‘This is so adorable Holly!’

‘My goodness you’re beautiful,’ said another, and a third added: ‘So gorgeous!’

While choosing to keep her children off social media, Holly was photographed feeding the animals in the sanctuary with her little ones while hubby Dan also joined in.

Before flying to Oz to film I’m A Celebrity, Holly revealed how her gruelling schedule would fit around her three kids, telling heatworld: ‘I am going to go to bed at the same time as my kids, seven in the evening, and then I will wake up at 2am. They’ll be around, and I’ll be back for lunch – it’s quite nice.’