Dancing on Ice judge Jason Gardiner has slammed show contestant Gemma Collins after she took a swipe at his lack of skating skills. 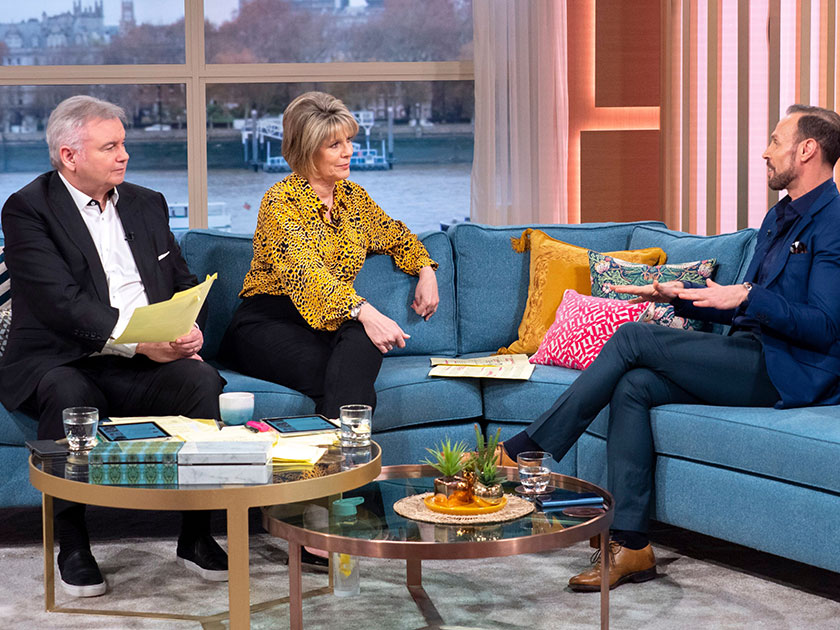 Appearing on This Morning the 47-year-hold hit out at the TOWIE star after she mocked him for the fact he ‘can’t skate’.

This is despite the fact that Jason isn’t the only member of the line-up that doesn’t have a background on the ice.

The GC took aim at the renowned dance choreographer – who has also appeared as a judge on talent shows including Born to Shine, Stepping Out and BBC’s Strictly Dance Fever – after he branded her turn on the rink as a ‘French and Saunders parody’.

Responding to the furore on ITV’s hit daytime show the outspoken presenter didn’t hold back.

He said: ‘We have to forgive these people for being ignorant and not knowing there stuff. She doesn’t understand where I come from.

‘I can actually skate. If she wants to speak to Jayne and Chris. I’ve never professed to be a professional skater.’

And outlining why he has a rightful place on the show he added:

‘I’m not on the panel judge skating, we leave that to skating royalty Jayne and Chris. Ashley and I have defined roles to talk about choreography.’

The spat first began to escalate after Gemma spoke out about Jason’s criticism in a conversation with Kem Cetinay on This Morning.

And on Jason’s assessment of her routine with pro skating partner Matt Evers she added:

‘You know what? Do I really care? I’m the GC babydoll!

‘I’m doing it for all the curvy girls out there, who thought they couldn’t ever ice skate. I’m gonna set up and ice skating dancercise class.’

Both Jason and Gemma aren’t afraid to let their opinions be known so we’re predicting more fireworks to come!