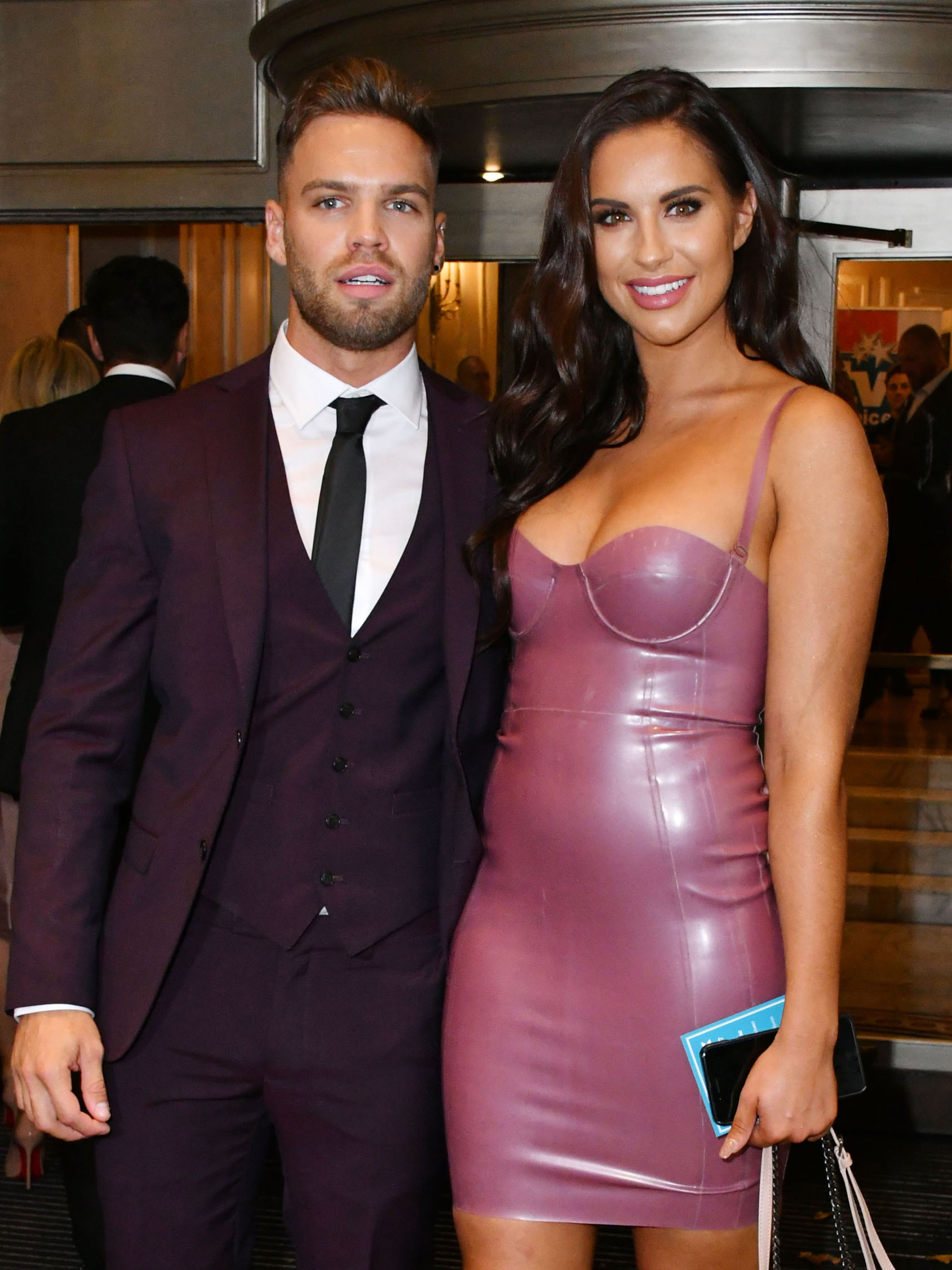 Model Jess, 25, and Dom, 27, who met on the reality dating show in 2017, revealed the baby news on Instagram with a snap of an ultrasound as well as Polaroid pictures of themselves.

Posing in a black crop top and undies, Jess is cradling her growing baby bump in her shot, while Dom is mimicking her pose as he cheekily holds his belly.

Jess captioned her photo, ‘The best is yet to come,’ while Dom gushed, ‘Living the dream.’

Their celeb pals quickly flocked to congratulate them, with Vicky Pattison writing: ‘Awww mate!! Congrats to you both.’

Scott Thomas said, ‘Class bro congrats,’ while their Love Island co-star Camilla Thurlow told them, ‘Congratulations to you both, such lovely news!’

Jess and Dom are one of the few Love Island couples who have managed to defy odds and stay together after leaving the villa.

The pair got engaged after just three months of dating and late last year they tied the knot in a lavish Mykonos wedding with just 22 guests. 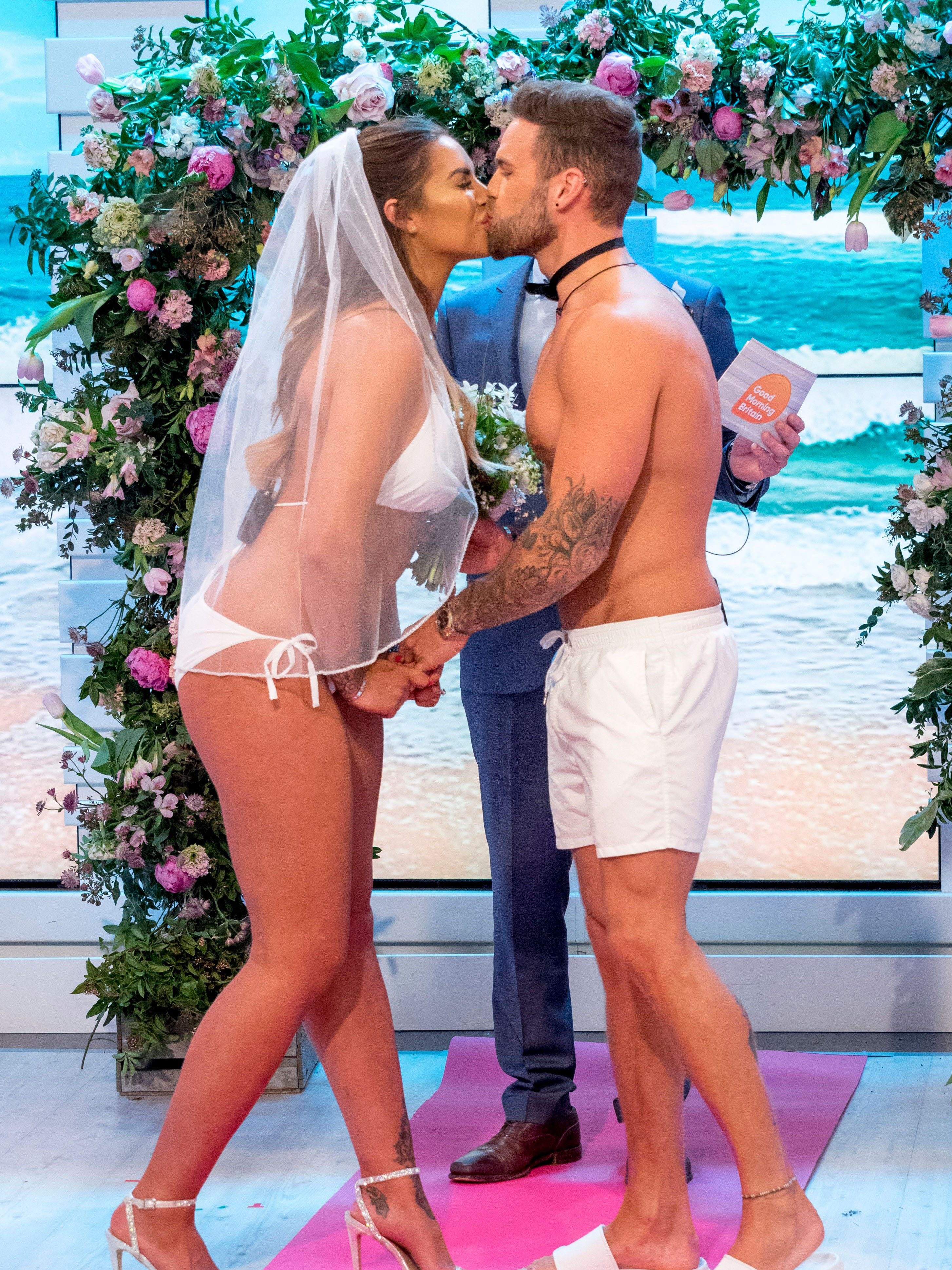 Speaking to OK! mag about the intimate nuptials, Jess shared: ‘Going abroad meant we didn’t have any pressure to invite every Tom, Dick and Harry.

‘As we were limited on numbers, we only invited people we see all the time. Choosing who to invite made us realise who was really important to us.’

Dom also insisted he always knew Jess was ‘the one’ despite people telling them they wouldn’t go the distance.

He added to the mag, ‘People said we wouldn’t last but now we’re husband and wife.

‘We’re proof that when you meet the right person, there’s no need to hang around.’