They’ve got a legion of dedicated followers, but yesterday Little Mix star Jesy Nelson came face-to-face with her biggest fan. 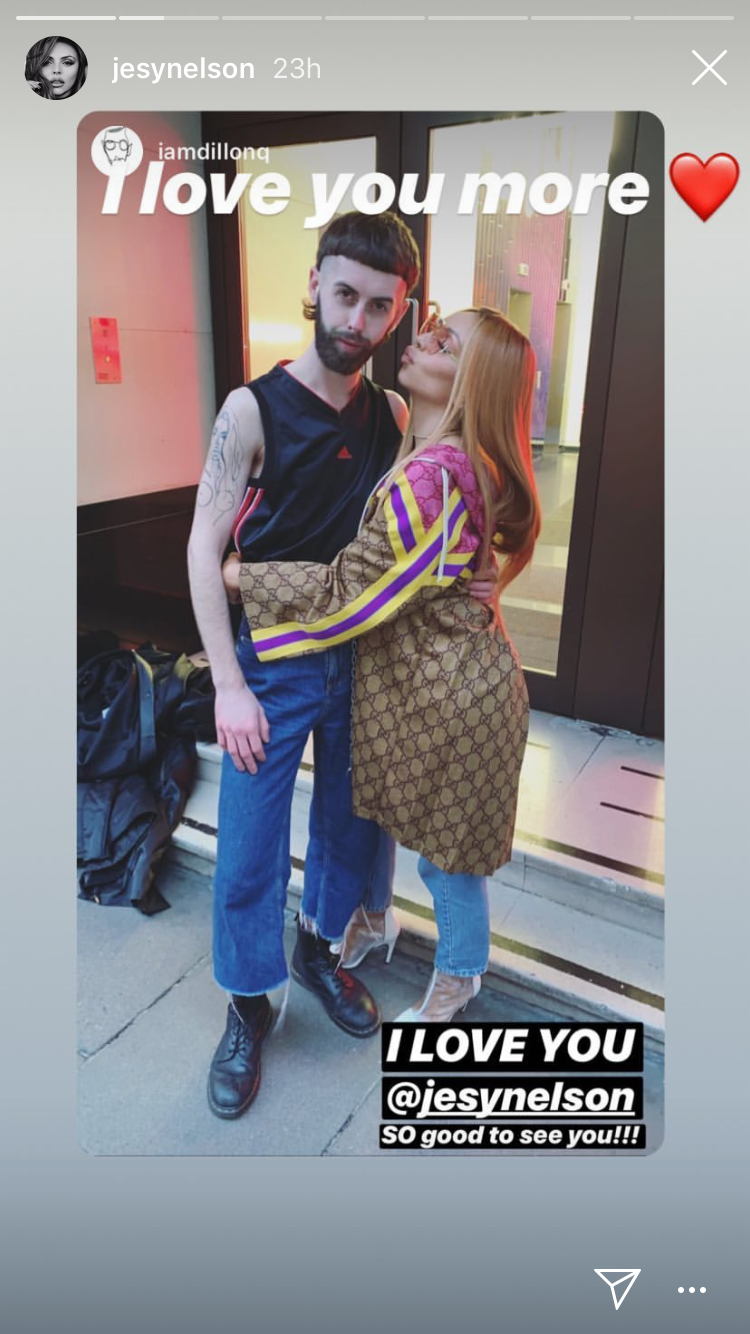 The 27-year-old enjoyed a special moment with superfan Dillon – who just so happens to have her face AND cleavage tattooed on his arm!

MORE: Perrie Edwards hints THIS could be the next step in Little Mix’s career

The permanent homage to Jesy pays particular attention to her full lips and chest, and Jesy was delighted to finally see it in the flesh.

Sharing the moment on her Instagram story, she captioned the image: ‘I love u @iamdillonq.’ 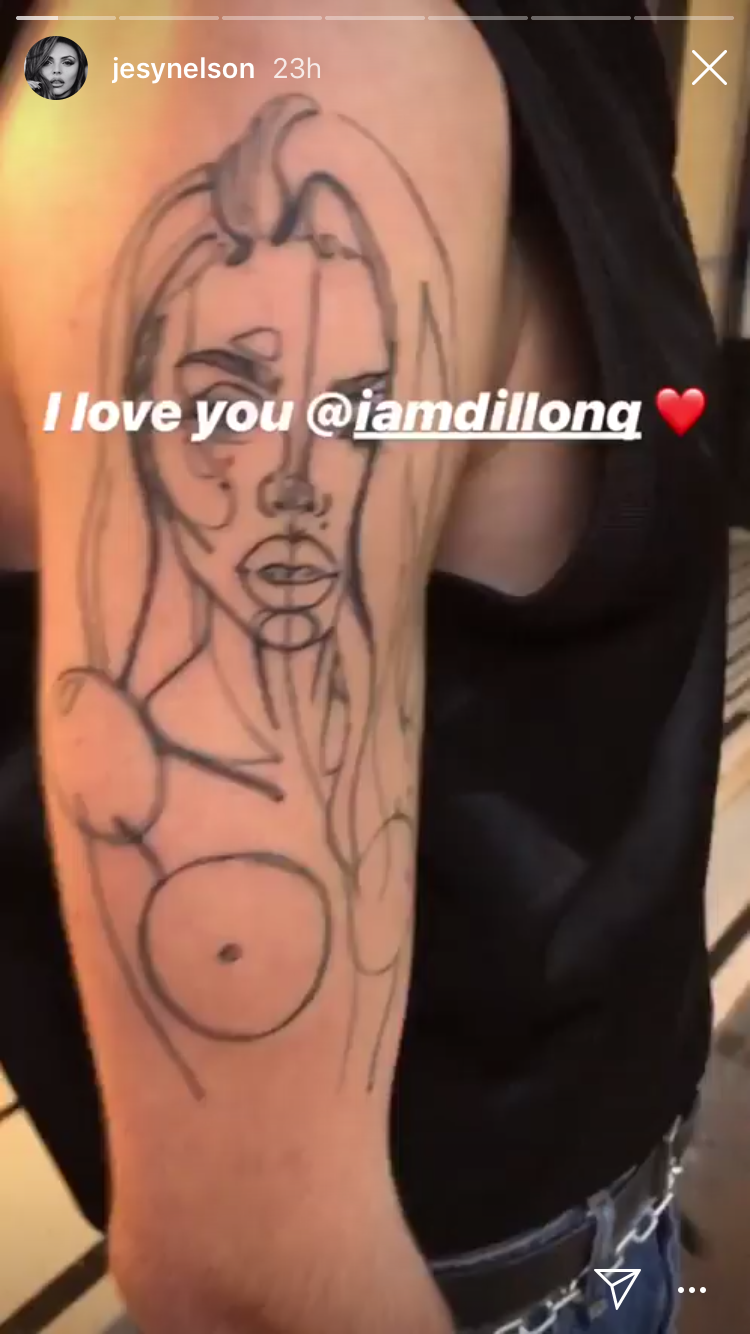 The impressionist-inspired tattoo was designed by graphic artist Chris McParlan, and fans of Jesy were quick to compliment the artist on his work.

One said: ‘It looks amazing!’ while another added: ‘This is everything.’

Even Jesy herself couldn’t believe her eyes when Dillon first shared the tatt on his Instagram page back in December.

Meanwhile, Jesy has finally addressed those romance rumours with Chris Hughes after it was reported she’s dumped him.

The pop star was caught snogging the Love Island hunk last month in a kebab shop in London, with 24-year-old Chris later hinting the pair were ‘having fun’.

Unfortunately, it looks like we’re not about to see the showbiz world’s next power couple as apparently it’s now all over.

An insider claims that Jesy was left concerned that the reality star was ‘using her for fame’, explaining: ‘Chris has been upset by the break-up.’

Speaking to The Sun, they added: ‘But Jesy has explained that she needs to protect herself and her career – and taking their romance any further was proving a massive risk.’

Despite the claims, 27-year-old Jesy has now denied any hard feelings between the celeb pair – insisting that they’ve only ever been mates.