As endless amounts of cheese and chocolate fade into a distant Christmas memory, it looks like Kate Wright is keen to get back to her best. 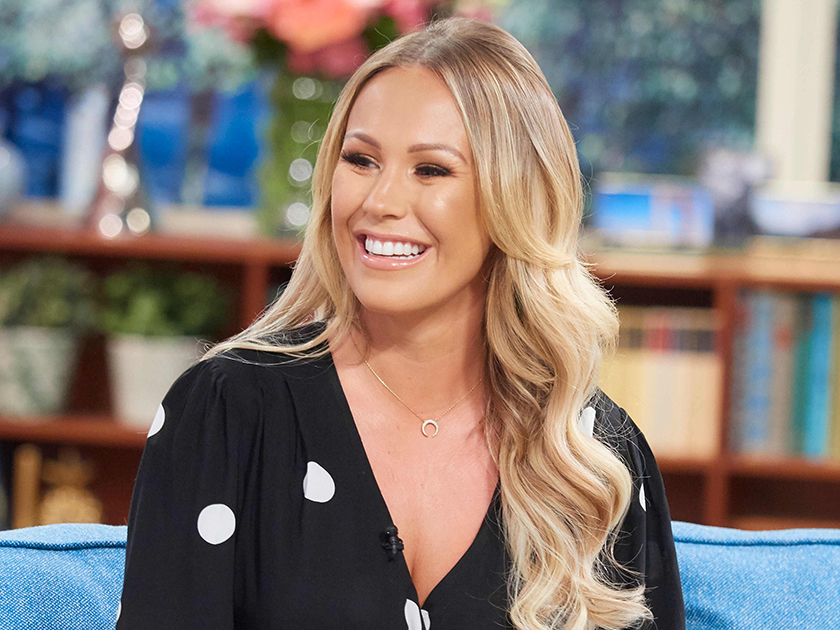 And in preparation for her wedding to fiancé Rio Ferdinand, now the former TOWIE star has unveiled her strict health plan ahead of the big day.

Taking to her Instagram Stories, 37-year-old Kate gave a glimpse of what she eats for breakfast in order to get that incredible figure of hers – and unfortunately there’s no sugary cereal on the menu.

Instead, she simply has a smoothie consisting of spinach, kale, celery and frozen berries mixed with water and ice. Sounds pretty simple!

Revealing her lunch-time meal, Kate then confessed she can’t stand vegetables but has a secret to including them into her meals.

Alongside a picture of salmon with rice and (more) kale, she wrote: ‘salmon, whole grain rice and kale. 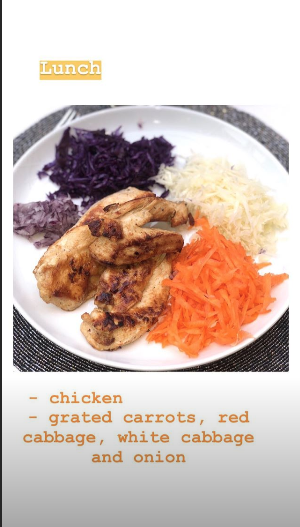 ‘I really don’t like greens so I chop them up and mix them in my rice so it doesn’t feel so difficult eating them.’

Blonde beauty Kate decided to ditch the potatoes for dinner, as she chowed down on chicken, grated carrots, red cabbage, white cabbage and onion.

Clearly tempted by the roasties on a table next to her, she told her followers: ‘When the potatoes are calling your name.’ 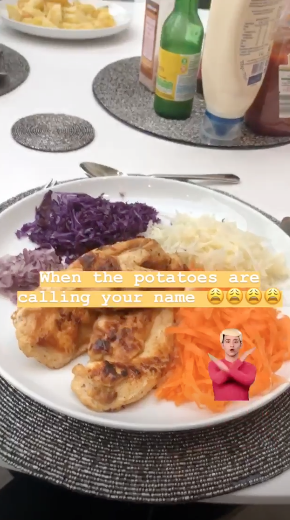 But it looks like Kate is just like the rest of us, as she later went on to share a snap of a Terry’s Chocolate Orange as she treated herself to a mid-afternoon snack. 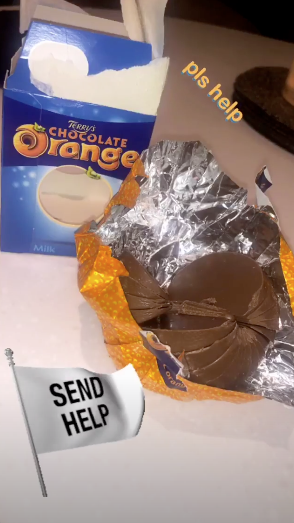 And after followers praised the telly star for showing her balanced diet, Kate added the message: ‘Girls we are human, sometimes we need chocolate (or wine)…

‘Having a stressful day or having cravings is part of being a woman. If u do give in to temptation every now and then DO NOT beat yourself up, use it as motivation to work harder tomorrow.’ Well said! 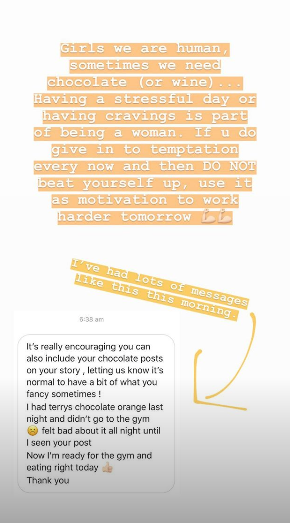 Kate’s health kick comes after she announced her engagement to boyfriend Rio back in November following a romantic trip to Dubai.

Sharing an adorable photo of her footballer beau and his three kids Lorenz, 11, Tate, nine, and Tia, seven, she wrote: ‘The perfect end to our holiday … How could the answer not be yes❤️❤️’

We can’t wait to find out more wedding details!