Kate Wright has revealed she’s having a staggering NINE bridesmaids at her upcoming wedding to Rio Ferdinand. 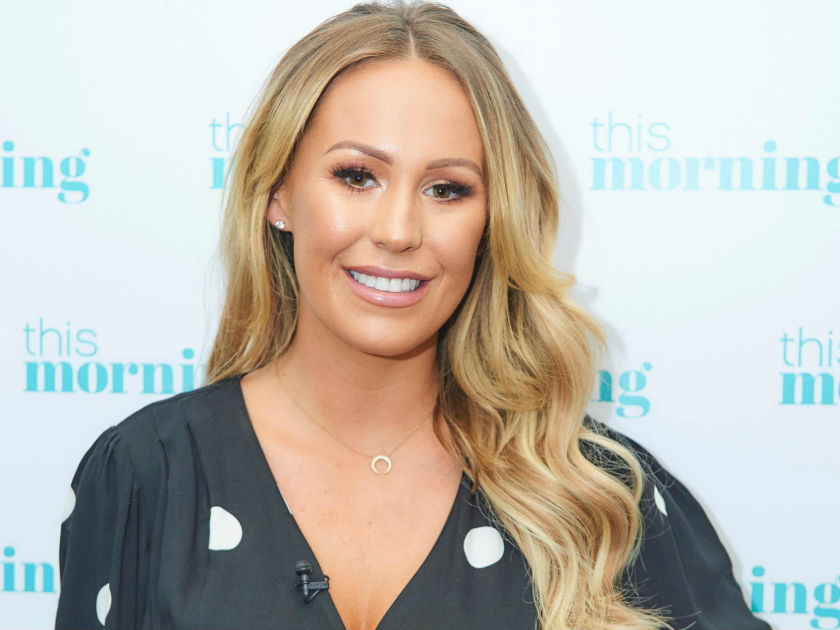 The 27-year-old threw a lavish bash on Sunday to ask her ‘favourite girls’ to play the important roles on her big day.

She also revealed Rio’s seven-year-old daughter Tia, who is never photographed, would be part of the bridal party.

Sharing a series of sweet images on Instagram, Kate wrote: ‘What a special day … the day I asked my favourite girls to be my bridesmaids. The most perfect day in every way, overwhelmed with emotion love you all to bits’.

And if this party is anything to go by – it included personalised cup cakes, a flower wall and elaborate table centrepieces – Kate and Rio’s upcoming nuptials are sure to be spectacular.

Spending the day in a private room at Lupo Bianco in Orpinton, Kent, Kate was surrounded by her close friends and family.

All of her bridesmaids were treated to a personalised bouquet and poem, which Kate admitted had them all in ‘tears’.

She even had a doughnut wall to keep all the children entertained.

Captioning another set of snapshots from the festivities, she added: ‘I had a vision of just how I wanted it to be& it was just absolutely perfect.’

Rio proposed to Kate with a £400,000 engagement ring during their trip to Abu Dhabi in October.

Sharing the news on Instagram, Kate shared photos with Rio’s three kids Lorenz, 11, Tate, nine and Tia, seven, watching on as their dad looked romantically at his new fiancée during their family holiday together.

While another two photos see the children running in to hug the loved-up couple.

Former TOWIE star Kate, 27, told her followers: ‘The perfect end to our holiday … How could the answer not be yes!’

Former England star Rio later shared the same snaps while also telling his fans that his three kids had been in on the plan.

‘She said yes! How these 3 kids kept it a secret I’ll never know!,’ he wrote.