The personal trainer has HIT BACK at internet trolls

Katie Price’s boyfriend Kris Boyson has hit back at internet trolls after he was criticised over his bond with the former glamour model’s son Harvey. 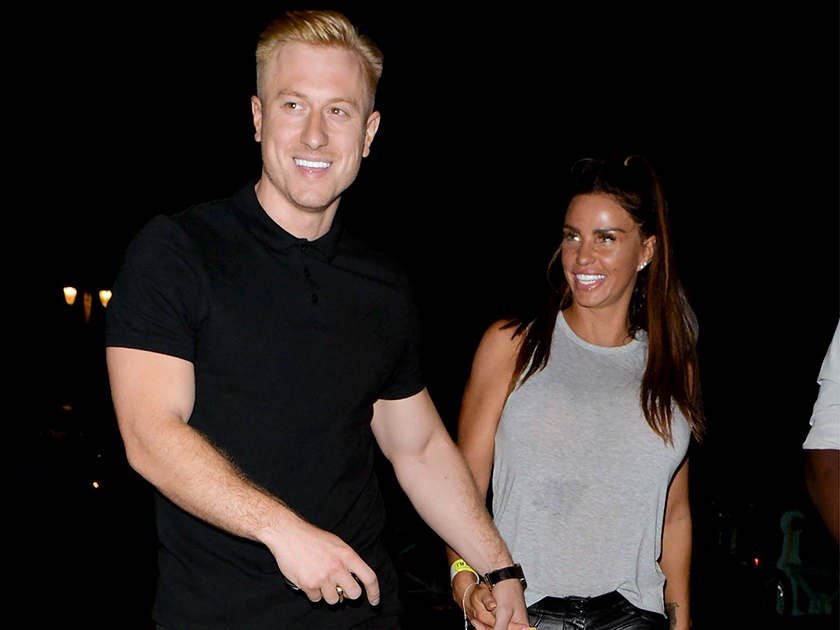 The drama started when 30-year-old Kris shared a sweet photo cuddling up to the 16-year-old, who suffers from Prader-Willi syndrome, on the sofa in his home.

But one follower took issue with the snap, and went on to slam 40-year-old Katie’s parenting skills and label the personal trainer as ‘a mug’.

‘Poor Harvey another so called ‘dad’ who’s come into his life,’ the lengthy rant started.

‘You’re the biggest mug going if you think it’s going to last and you need to learn to stay single and put your kids first for a change.’

Not taking the criticism lying down, Kris then replied to the follower, hitting back: ‘Another insecure woman getting her insecurity fix by messaging me about someone else’s life.

‘If a mug is somebody who has stuck by a disabled child then you must be the Devil. Now p*** off!’ 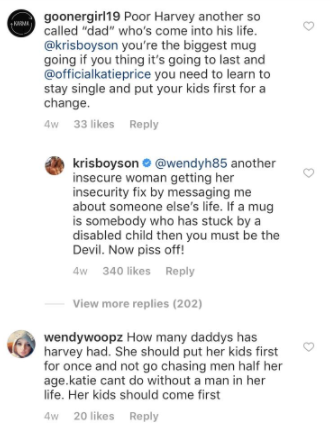 Loose Women panellist Katie first went public with Kris last year, but the pair have had a turbulent relationship since.

And things seem to have taken a turn for the worse lately, as reports surfaced that they are on the ‘verge of splitting up again’ after constant rows ruined their latest holiday.

Katie recently jetted to Spain with her boyfriend and her terminally ill mum Amy to film new episodes for her reality series My Crazy Life. 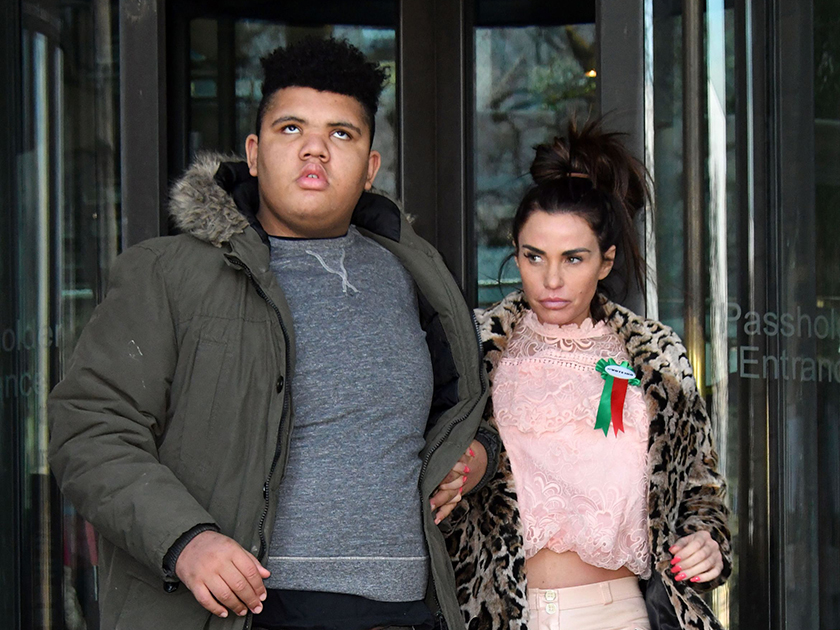 But according to reports, arguments broke out when Katie felt jealous of the girls who comment on Kris’ Instagram pictures and send him messages while he grew tired of her talking to her exes.

‘Katie and Kris have been rowing the entire holiday over pretty much everything,’ an insider told The Sun.

‘Katie has been working so hard on the reality show, she’s been snapping and grumpy with Kris, and in turn he’s been playing up to the cameras.

‘He doesn’t normally drink, but had an afternoon on the beer with Katie’s stepdad – and she accused Kris of attention seeking when he put it all on social media.’

The source continued: ‘She’s also jealous of all the girls who comment on his pics and message him, while he gets bored when she Facetimes friends at home and her exes about the kids.

‘Being trapped on a working holiday together in the campervan hasn’t gone well and the relationship is on the rocks with them bickering the whole time.’