KP has a whole new look!

After she was found guilty of being drunk in charge of a car last month, Katie Price was back on the telly to discuss her latest drama on Good Morning Britain today. 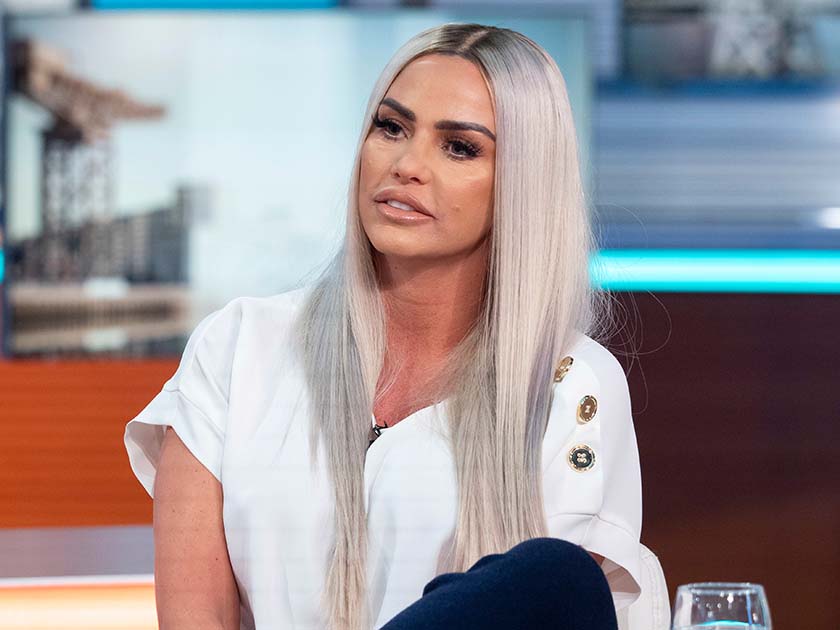 And in preparation for the ITV appearance, the mum-of-five had a surprise makeover as she debuted a new blonde hairdo.

Ditching her dark locks, 40-year-old Katie went for an iced-blonde look which was styled poker straight.

Revealing the hairdo isn’t permanent, the former Loose Women star wrote on Instagram: ‘Today for @gmb Loveeeee having my wigs back by @carlbembridgehair ❤️.’

It looks like her followers are a big fan of the transformation, as one wrote on Twitter: ‘I thought it was Victoria Beckham with blonde hair ’

‘Love her hair she’s looking great,’ said another, while a third commented on Instagram: ‘Wow! Hair envy! You are stunning.’

While her hair may have caught GMB viewers’ eyes, the star appeared on the show to chat to Piers Morgan and Susanna Reid about everything from her recent court case, to her turbulent romantic life.

And 54-year-old Piers didn’t exactly give her an easy time, when he called her life ‘one of perpetual chaos’ and said: ‘Is there one time when you think, “I should grow up?”‘ Ouch!

Although that didn’t stop Pricey launching into a brutal tirade against first husband Peter Andre, 46, who she shares kids Junior, 13, and Princess, 11, with.

Piers asked if it was true she wanted to get back together with ‘husband number three’ Kieran Hayler, to which she hit back: ‘I’ll tell you about my husband number one.

‘Unfortunately these days you need both parents’ permission, so I just want to put it out there that he’s been really selfish and the kids miss out on it, and I don’t know why he’s doing it.’

A source has since told CelebsNow: ‘Peter doesn’t want to get involved because it is a legal matter, but he’s just trying to do what’s best for his kids.’

CelebsNow have reached out to Katie and Peter’s reps for comment.