Katie Price has been forced to address speculation that she’s pregnant after fans claimed to notice she’s sporting a ‘fuller figure’. 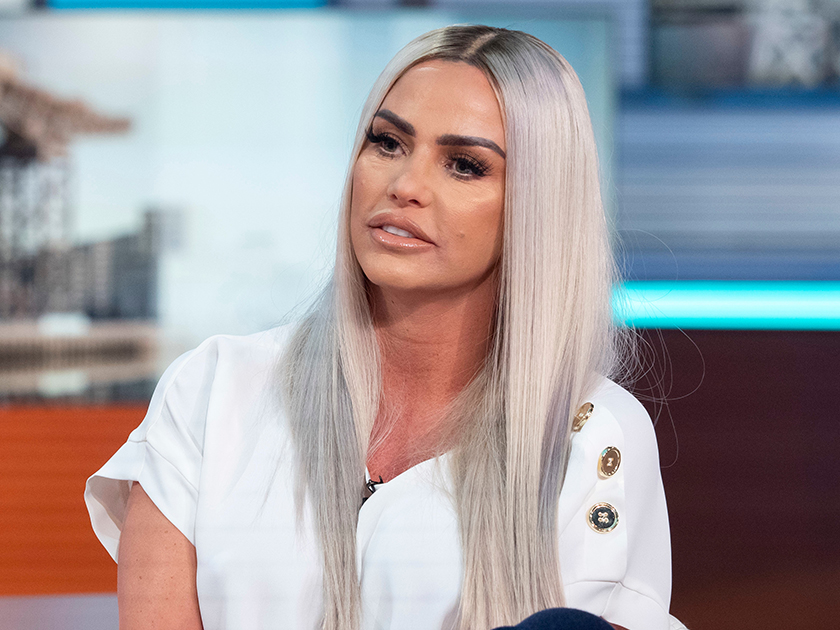 The 40-year-old is currently enjoying a luxury break in Thailand with toyboy Kris Boyson – but after seeing her latest holiday snaps; fans were left pondering whether she’s expecting his baby.

MORE: Katie Price criticised by fans as she ‘uses kids’ in ‘cringe’ Instagram advert: ‘So desperate!’

One particular snap that had fans convinced Katie is pregnant with baby number six, was of the former glamour model in a pair of cream jogging bottoms and a stomach-baring crop top.

‘Is it just me thinking she is pregnant again first photo her stomach looks rounder than normal?’ said one convinced fan.

Another added: ‘I think she looks pregnant,’ with many others agreeing.

However, a spokesperson for Katie has denied she is with child, saying: ‘No, she is not pregnant.’

While she is on vacation, Junior and Princess are staying with their dad Peter Andre and his wife Emily, while Bunny and Jett are with their dad Kieran Hayler.

However, Harvey – who doesn’t see his dad Dwight Yorke – is staying with salon owner Louisa Roy.

According to The Sun, the teenager has stayed with hairdresser Lou before, who also has kids of her own.

‘Harvey loves it there. He still hasn’t been placed into residential care so he’s at school everyday and then back to Lou’s in the afternoon,’ an insider told the publication.

Meanwhile, the mum-of-five could have been returning to a much quieter house after her puppies reportedly escaped from her Sussex mansion – for the third time.

According to reports, her blue German Shepherd puppy called Bear – which is said to have cost Katie £1,000 – was picked up by police who discovered him close to a dangerously busy A24 road in Sussex.

Luckily, Katie’s other dog managed to find its own way home.