Katie Price could have been returning to a much quieter house after her puppies reportedly escaped from her Sussex mansion – for the third time. 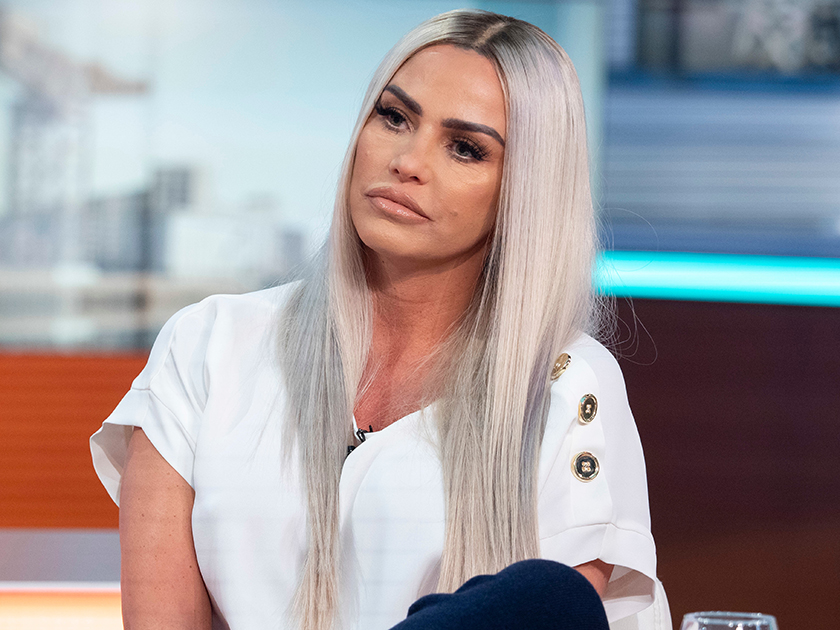 Two of Katie’s beloved pooches are said to have made a run for it, with one narrowly avoiding being hit by a car.

MORE: Katie Price criticised by fans as she ‘uses kids’ in ‘cringe’ Instagram advert: ‘So desperate!’

According to reports, her blue German Shepherd puppy called Bear – which is said to have cost Katie £1,000 – was picked up by police who discovered him close to a dangerously busy A24 road in Sussex.

Luckily, Katie’s other dog managed to find its own way home.

‘Katie really needs to shore up her garden as it’s only a matter of time before something bad happens if the dogs keep escaping,’ a source told The Sun.

‘Luckily motorists spotted the dogs and drove carefully while they were loose and a policeman was on hand to help out,’ the source continued.

This isn’t the first time Bear has been close to death, as he has broken free and wandered dangerously close to the road on two other occasions.

In fact, it was just last month that he jumped a fence and ran out among speeding traffic on the same dual carriageway – which marked one year since her previous dog was killed by a car.

But it’s not just Katie’s dogs that seem to have the need to wander off, as back in 2017 one of the star’s favourite horses died after running into the same busy stretch road.

Meanwhile, Katie is currently enjoying a luxurious holiday in Thailand with boyfriend Kris Boyson after leaving her kids at home.

Despite being a reported £2.1 million in debt, Katie and Kris appeared to spare no expense as they jetted off first class last week.

Katie is said to have left her kids in the care of their dads, Peter Andre and Kieran Hayler, while Harvey – who doesn’t see dad Dwight Yorke – is instead being looked after by hairdresser Louisa Roy.