Katie Price has been supported by fans after she spoke out about the online abuse her disabled son Harvey receives. 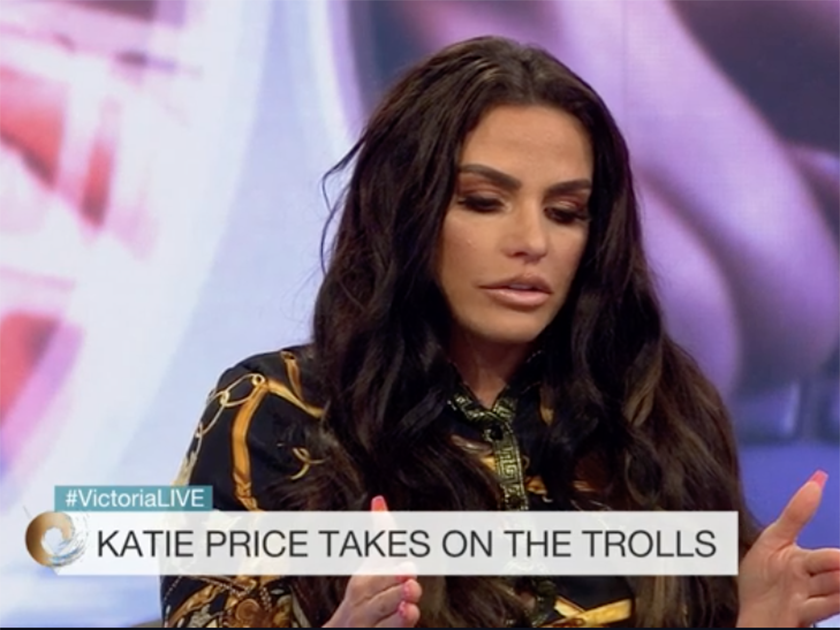 The mum-of-five appeared on the Victoria Derbyshire show today to discuss her campaign to make online trolling against vulnerable people a hate crime – which recently received backing from MPs.

Speaking to host Victoria, 40-year-old KP said: ‘Whether you like me or hate me this is one of the best things I’ve ever done.’

Turning to her 16-year-old son, she continued: ‘Harvey is the best thing that’s happened to me. I love you so much.’ 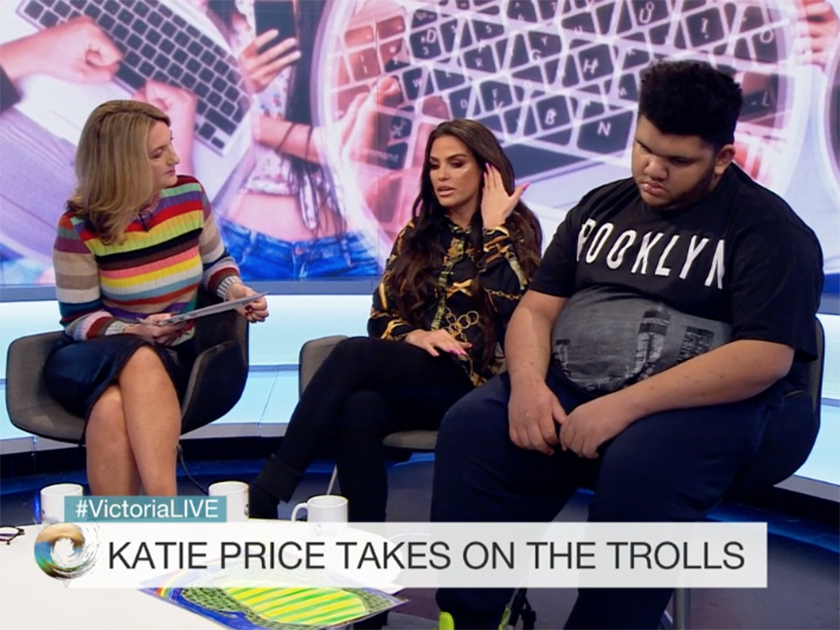 To which the teen sweetly replied: ‘I love you too mummy.’

Former Loose Women panellist Katie then went on to urge her exes to get on board with the campaign as well, as she explained: ‘Harvey doesn’t see his dad Dwight (York) because he doesn’t want to know.

‘But I wish Peter (Andre) and Kieran (Hayler) would back it as well.’ 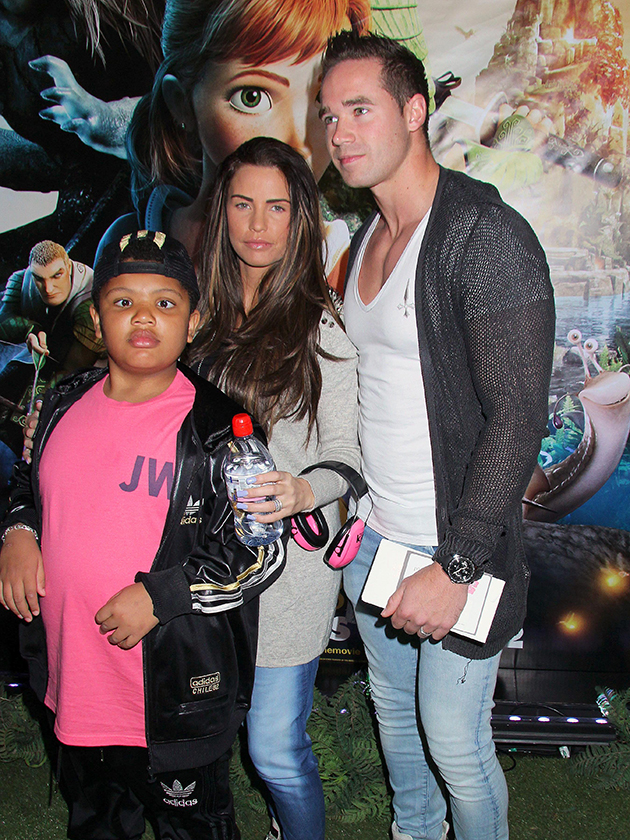 Following her candid interview, viewers took to Twitter to praise Pricey, with one writing: ‘My heart is broken for @KatiePrice & Harvey.’

‘So inspired to see @KatiePrice on @VictoriaLIVE taking on the online trolls on behalf of son Harvey and all other differently abled people. As a victim of a sustained campaign of online abuse myself (not related to ability) I fully support her call to make it a crime,’ wrote another.

While a third added: ‘Watching @KatiePrice on @VictoriaLIVE Such an incredible woman to take on these horrid trolls online! Huge respect to you and your family. It’s so very important that we protect innocent, vulnerable people online, against these evil trolls! #VictoriaLive.’

Later in the interview, Katie also insisted her son – who suffers from Prader-Willi syndrome – should be entitled to have a social media profile without the risk of being mocked, before opening up about the struggles of caring for him.

‘I don’t think people realise how hard it is,’ she said.

‘Before we came on here I had to bath him wash him, dress him, he wets the bed twice a night and if he didn’t have these meds he’d die.’ 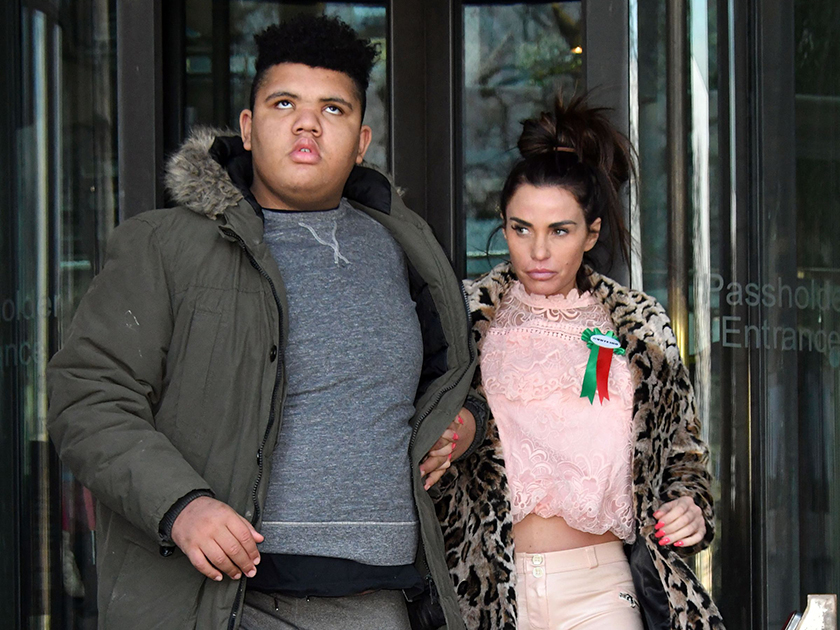 The Loose Women star continued: ‘It is challenging so I respect anyone out there who is a carer.’

Admitting she is now thinking about getting some permanent help to look after her eldest child, Pricey continued: ‘He smashed windows, TVs and he’s smashed eight iPads this year already.

‘For the first time ever I think he might have to go into residential care Monday to Friday. I’d hate it because he’s my life, but I’ve got to do what’s best for him.’