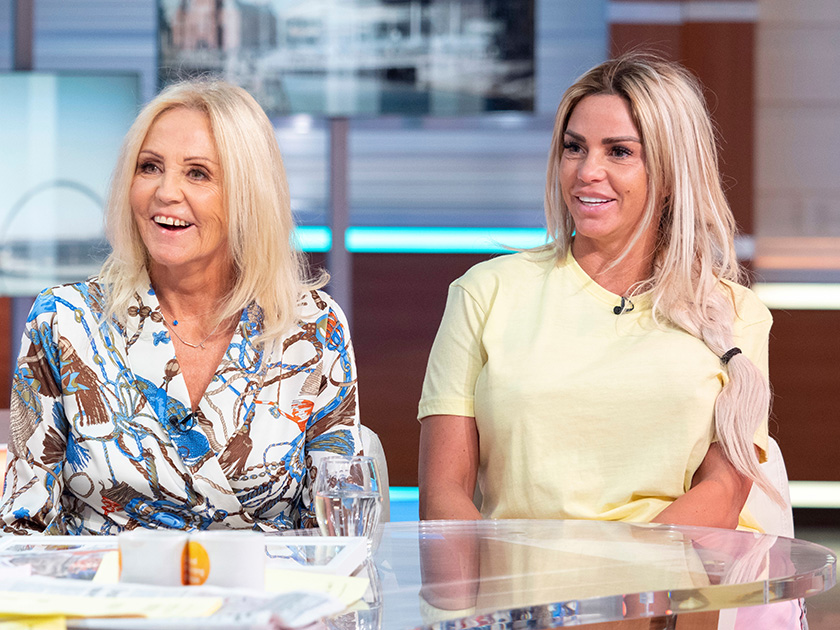 But the mum-of-five revealed an altogether more natural style today when she arrived late for an interview on Good Morning Britain.

KP was due to appear on the show alongside her mum, but while GMB host Piers Morgan announced Amy was in the building, her daughter was nowhere to be seen.

After being stuck in traffic, the former Loose Women star then raced into the ITV studio confessing she hadn’t had time to change her outfit. 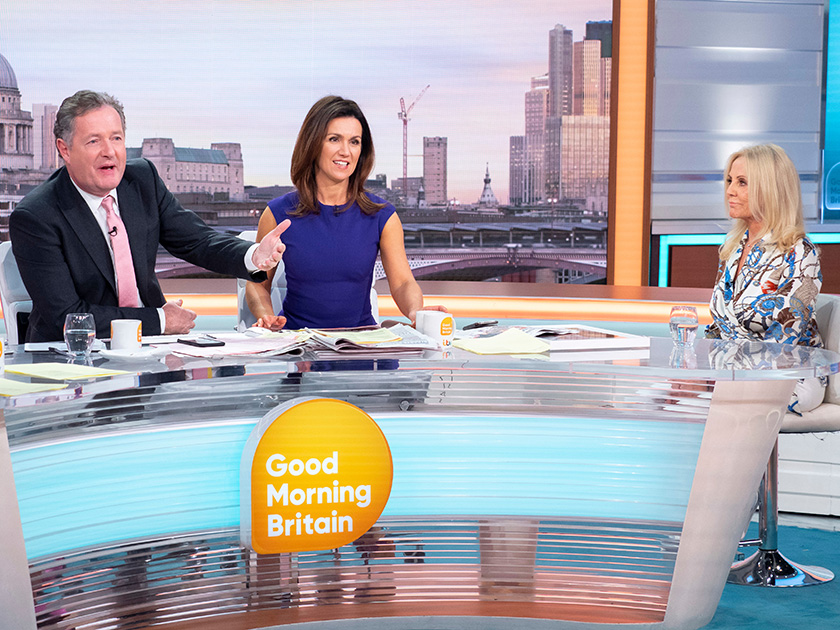 Dressed in a casual yellow t-shirt and pink tracksuit bottoms, the 40-year-old looked relaxed with her hair pulled to the side in a messy plait.

‘I’ve got no make up on at all,’ Pricey exclaimed, before Piers, 54, replied: ‘Well, good it’s probably improved things!’ 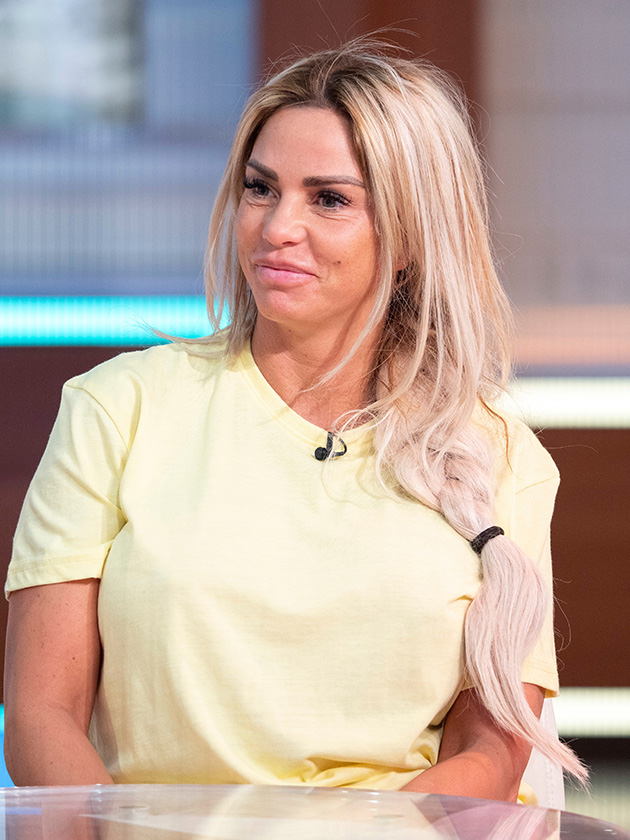 Clearly unimpressed, the star’s mum then quickly asked her: ‘Why are you late?’

After Katie replied: ‘It wasn’t me, it was the traffic,’ Amy asked again: ‘No, why were you late?’

And things got even more awkward when KP didn’t seem to realise the show was broadcasting already, as she said: ‘We’re not live are we?’ Oh dear!

Despite her morning mishap, it looks like viewers liked Katie’s natural transformation, as one wrote on Twitter: ‘Looks so much better natural.’

‘Refreshing and natural ….. you Mum is a star too … makes lots of sense,’ said another.

While a third agreed: ‘Katie looks so much nicer without make up, I’ve said it since seeing her in the jungle.’

And a fourth added: ‘That’s what I like about you Katie..you are real! Good on ya!!! X’

Later in the interview, Amy went on to defend her daughter following a tough few months which have seen the star split from third husband Kieran Hayler, face a driving charge and check herself into rehab for PTSD.

She said: ‘I think she’s misunderstood in ways. She’s a good daughter, she’s loving and kind, and an excellent mum.’