Kerry Katona is having a Valentine’s Day to remember as she soaks up the sun with a hunky Love Island star. 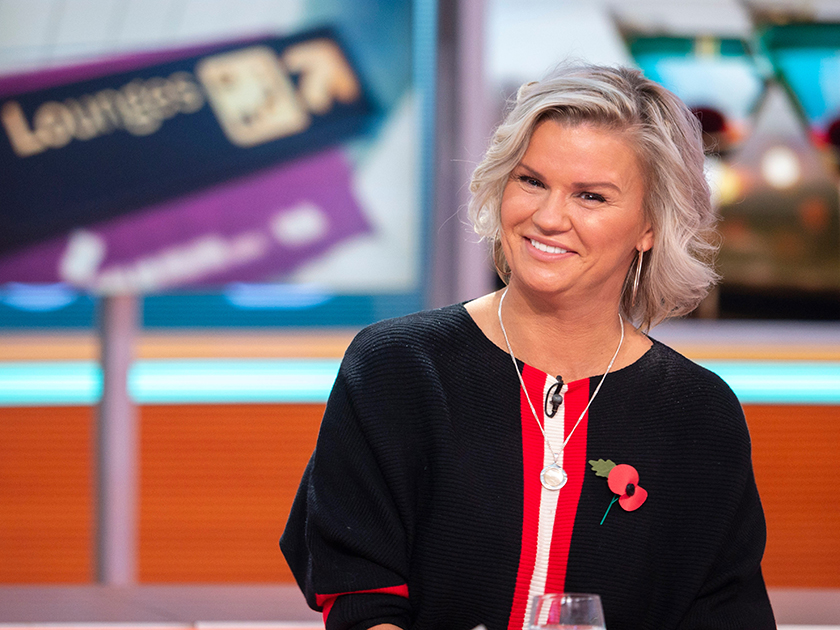 The 38-year-old is sunning herself in Tenerife with Jack Fowler, who shot to fame in last year’s ITV2 show.

Sharing an adorable photo of the pair in their swimsuits, Kerry captioned the Instagram snap: ‘With my valentines @_jackfowler’.

Fans appeared to be quite jealous of Kerry’s Valentine’s date, with one commenting: ‘Can’t be a bad day for you @kerrykatona7 with him’.

But it’s not quite the romance you were expecting because the pair are actually busy filming the new series of Celebs Go Dating.

And while Kerry has been enjoying herself on fancy dinners and prosecco-fuelled mixers, it turns out the mum-of-five is making a new pledge to lay off the booze.

Kez admitted she hated the feeling of waking up with a nasty headache and a misty memory following a night on the town during Celebs Go Dating filming.

‘I just don’t enjoy the feeling the next day, I can’t remember what’s gone on,’ she said.

‘I like to be in control. I want to know what I’m doing on the dates.’

Kerry is staring alongside Jack in the Channel 4 show as they both undergo a quest to find love.

Earlier today, Jack revealed that the new series is a mere 10 days away and will air on E4 on Sunday February 24 at 9pm.

Dishing out the advice will be new expert Anna Williamson and Paul Carrick Brunson, who joined in series five. Manning the reception once again will be Tom Read Wilson.