With Celebs Go Dating drawing to a close tonight, Kerry Katona has given her fans one last laugh over on Instagram. 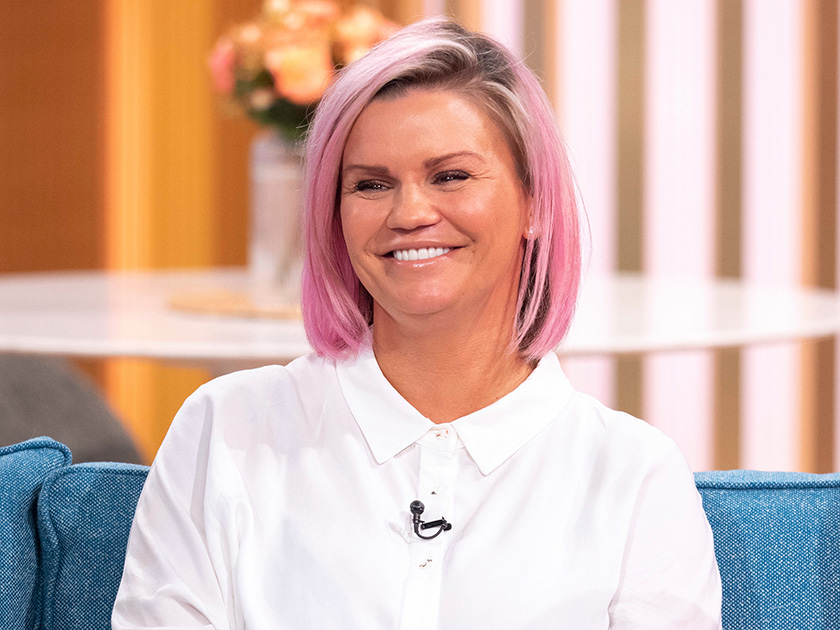 The 38-year-old has been trying to bag herself a man on the E4 show for the past three weeks before jetting off to Tenerife.

But throwing it back to a previous episode, Kez shared a hilarious video of herself in the back of a taxi on the way to a date.

As she danced around on the back seat, the mum-of-five can be heard singing: ‘Kerry Katona, she gives me a boner.’ LOL!

‘My new single coming out soon 😂😂😂😂 @celebsgodating @e4grams,’ she joked alongside the clip.

And fans found the whole thing hilarious, as one wrote: ‘Omg actually crying at this 😂😂😂😂💕💕 xx.’

‘You always make me smile,’ said another, while a third added: ‘This was brilliant @kerrykatona7 couldn’t stop laughing your amazing Kerry ❤️.’

Meanwhile, back on Celebs Go Dating and it seems as though Kerry won’t be joining the likes of Love Island’s Georgia Steele and TOWIE star Megan McKenna in Tenerife tonight.

While the rest of the stars have managed to secure themselves dates for the end of series holiday, the former Atomic Kitten star seemingly bowed out of the show following a string of failed dates.

Admitting the men she went out with – including most recent suitor Steven – weren’t really doing anything for her romantically, Kez bidded the agency farewell.

Which didn’t go down too well with viewers, as one wrote on Twitter: ‘Shame @KerryKatona7 didn’t find someone special for Tenerife Kerry has been so funny on #CelebsGoDating and looked stunning in tonight’s show.’

While another penned: ‘So sad Kerry didn’t go away with Stephen, thought he was brilliant and really nice. #celebsgodating’

But with promises of a big surprise on tonight’s show, is this really the last we’ll see of Kerry?