Check out this dress...

Last night Kim Kardashian may have just given us her wildest look ever as she turned heads in THIS cut-out dress – which barely manages to cover her nipples. Casual. 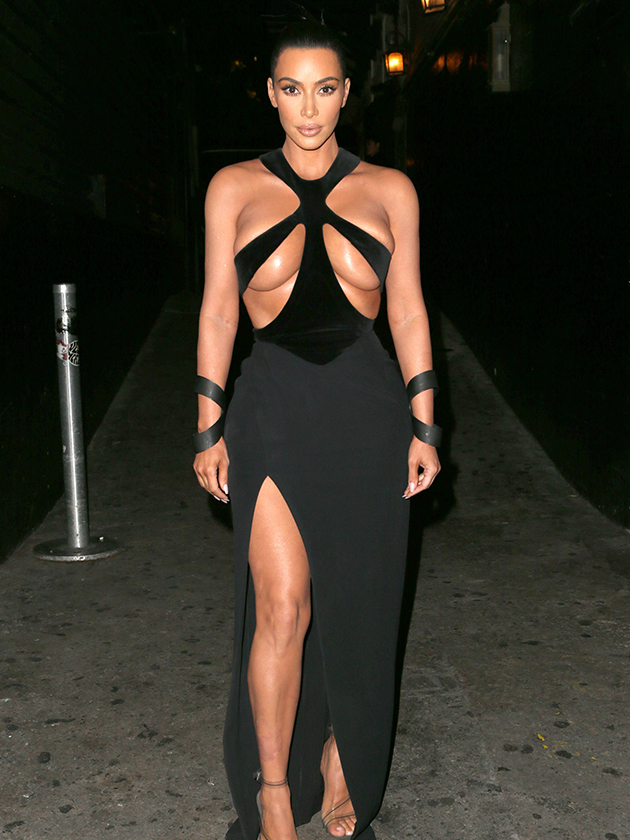 Yep, all eyes were on the 38-year-old (as usual) on the red carpet as she supported her hairstylist, Chris Appleton, at the 2019 Hollywood Beauty Awards in Los Angeles.

The vintage Thierry Mugler gown from his 1998 archive featured a thigh-split, wrist ties and harness-style straps across her chest that leave very little to the imagination.

Sharing a photo of the outfit on Twitter – where she can be seen posing alongside Chris – Kim K simply captioned the shot ‘#Mugler’.

And fans of the Keeping Up With The Kardashians star naturally couldn’t wait to comment, with many divided over the *interesting* outfit.

‘Wow this is a LOOK ,’ one excited follower wrote, while a second agreed: ‘Omg……that dress! That body! ’

A third wrote: ‘Okay, this dress is seriously dangerous!!’, while a fourth added: ‘Usually think you can do no wrong but this dress was a mistake.’ 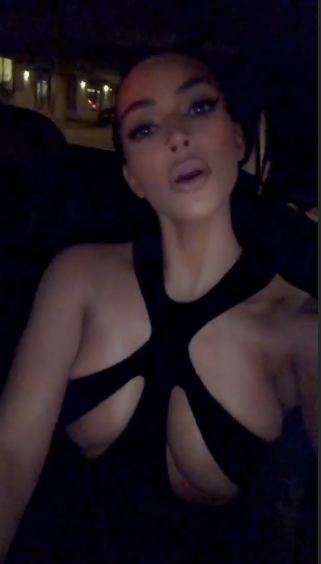 Another joked: ‘This is a nip slip waiting to happen.’

Obviously this isn’t the first time Kimmy – who shares kids North, five, Saint, three, Chicago, one, with husband Kanye West – has stepped out in a nearly-naked dress.

In fact, earlier this month, the reality star wore an equally risqué gown by Gianni Versace while attending the amfAR Gala with her sister, Kourtney Kardashian. 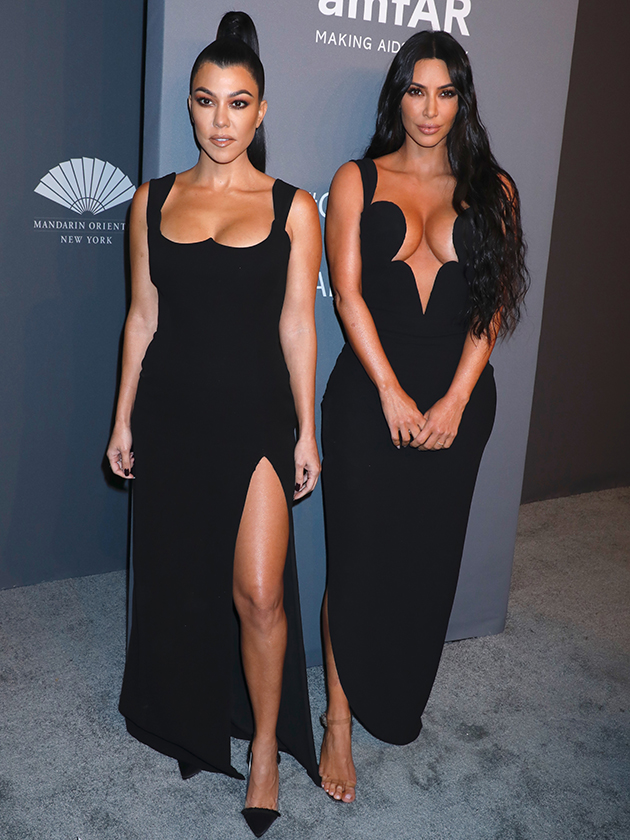 The incredible black dress featured a seriously plunging neckline which showed off her famously amazing figure.

While Kourtney, 39, also wowed in a matching floor length gown with a scalloped neckline and a thigh-high slit.

Appearing alongside sisters Kourtney and Khloe, she said: ‘Well, it’s out there. I got drunk at our Christmas Eve party and I told some people. I can’t remember who I told, because I never get drunk.’