Lauren looks adorable in this photo!

Lauren Goodger might be known for her big hair and even bigger pout, but the former TOWIE star has now given fans a glimpse of what she looked like before she appeared on our telly screens. 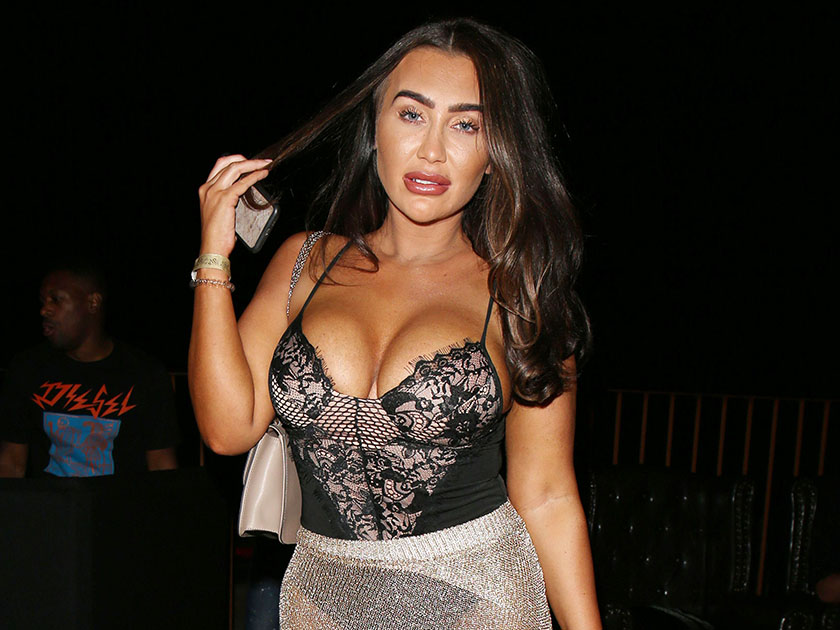 Taking to her Instagram account, the 32-year-old can be seen smiling at the camera as a child wearing an adorable white jumper with Minnie Mouse on it.

Looking fresh faced with dimples in her cheeks and a full fringe, the youngster is holding onto a plastic toy clown as she poses in front of her sofa. 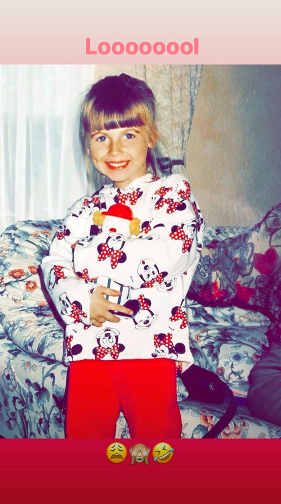 Clearly amused by her throwback snap, the Essex star wrote alongside it: ‘Loooooool’ with three embarrassed emojis.

Comparing the childhood image to her current appearance, Lauren then shared a recent selfie with her 776k followers also giving the camera a huge grin.

Showing off her heavy smokey eye and lip gloss, she asked her fans ‘Have I changed? #smile’. 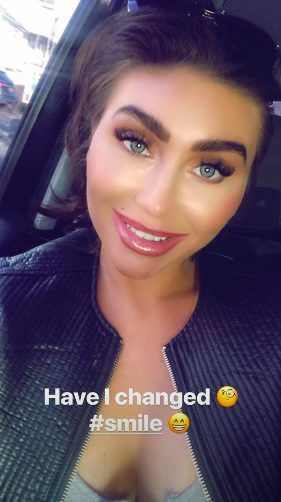 This comes after the Essex babe opened up about getting fillers in her face during a recent interview.

After hitting headlines when she was photographed with a very different jaw line back in September, Lauren revealed she’ll NEVER get the procedure done again.

‘I had the filler in my jaw, at first I thought: “Wow!”but when I got papped – I’m not joking – I looked like The Mask,’ she said.

Writing in her new! magazine column, the reality star added: ‘Five days later I got it dissolved, I’d never get filler in my face again.’

And Lauren has decided to open up about going under the knife again during a Q&A session on Instagram.

When one follower asked: ‘Why did you ruin yourself with surgeries?’ 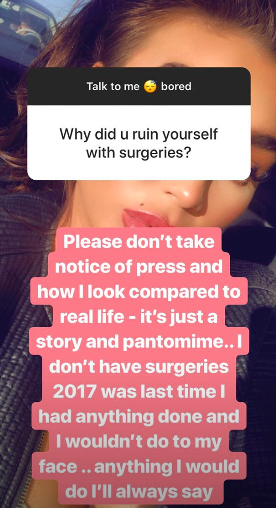 She replied: ‘Please don’t take notice of press and how I look compared to real life – it’s just a story and pantomime. I don’t have surgeries. 2017 was the last time I had anything done and I wouldn’t do to my face… anything I would do I’ll always say.’

Well, that settles that…