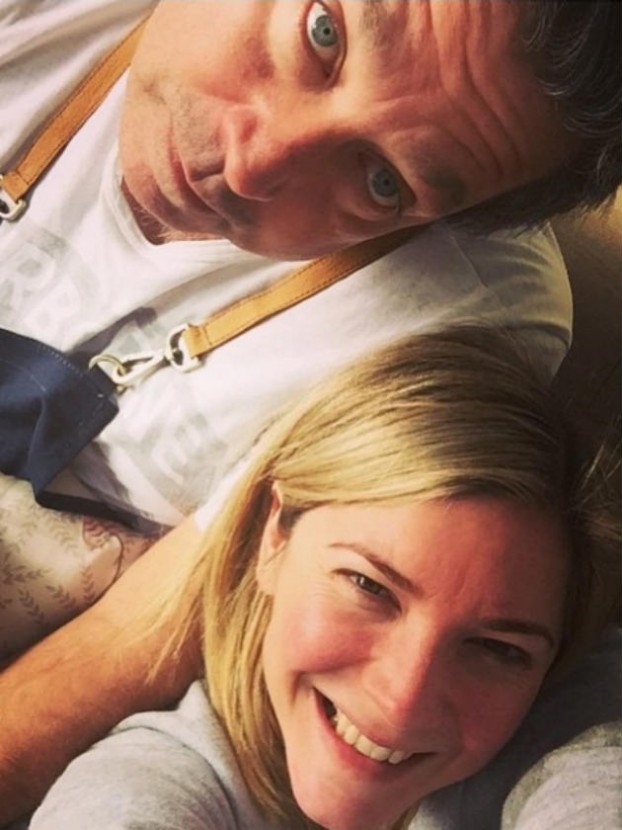 Lisa Faulkner can’t stop beaming as she takes a chilled selfie with John Torode on 25 March 2015.

Just a week later there’s speculation that John is moving in with the actress when he’s spotted packing his belongings into a removal van outside his house in south London.