Jesy Nelson left her fans feeling hot under the collar after she shared a racy image on Instagram. 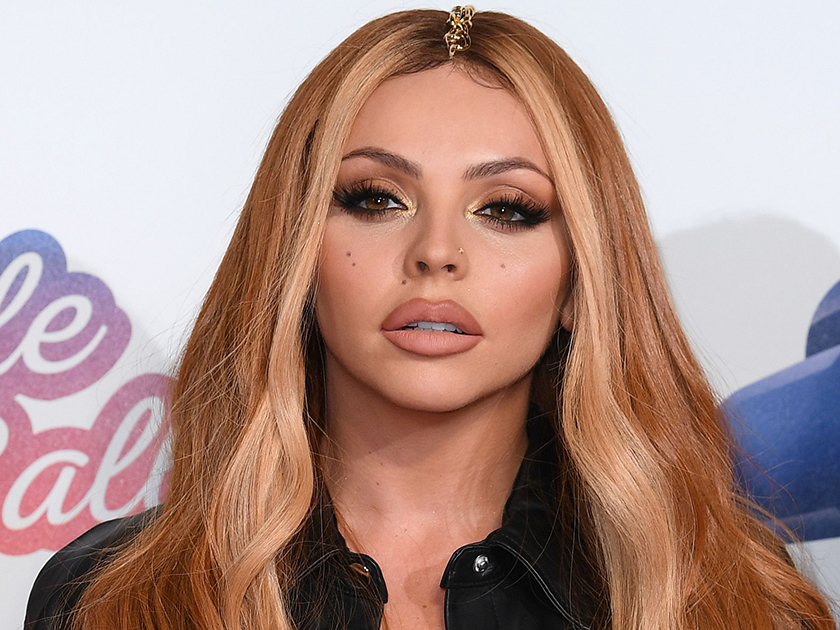 The Little Mix star, 27, looked sensational in a figure-hugging leopard print leotard, as she appeared to channel her inner Shania Twain by covering herself in the classic print from head-to-toe.

Jesy’s flawless make-up accentuated her features perfectly as she posed provocatively, lips slightly parted, with her hand delicately placed on her hip.

Her fans were delighted with what they saw, with many rushing to compliment their idol on another stunning photo.

Another gushed: ‘😩😩😩 😍❤️😭omg your absolutely beautiful and such an inspiration I luv you you goddess.’

A third said: ‘DAMN YOU ARE SO BEAUTIFUL! 😍’ while a fourth added: ‘Man, my heart skipped for 5 seconds.’

And a fifth commented: ‘The most beautiful woman with an AWESOME figure😍😍😍.’

Jesy’s beautiful turn in front of the camera comes after boyfriend Chris Hughes promised to ‘always’ belong to her.

He captioned it: ‘Very squinty @jack_charlesf.’

But it was a comment from Jesy that had fans basking in cuteness overload.

She commented: ‘Mine 😍🙊,’ to which Chris sweetly replied: ‘Always ❤️.’

Fans loved their PDA, with one replying: ‘@jesynelson @chrishughesofficial cuteness 😍.’

While a third joked: You sweeties are going to give me diabetes. ❤️👫@chrishughesofficial @jesynelson.’

Earlier this week, Chris gushed about his new girlfriend, describing her as his ‘best mate’ just days after confirming they’re officially an item.

‘Everything is going really well,’ he told The Sun Online. ‘She’s just a lovely girl and we see each other whenever we can. We get on like a house on fire.

‘She’s like my best mate, so I enjoy spending my time with her.’

He added: ‘We’re in two different lines of work and that’s the beauty of our relationship. It helps.’