Jesy Nelson debuted another bold new look at the Global Awards 2019 last night as she walked the red carpet alongside her Little Mix bandmates.

The 27-year-old is known for changing up her style, and at the glitzy bash she decided to ditch her wavy long hair for a sleek shorter do.

More: Chris Hughes opens up about Little Mix’s Jesy Nelson as he finally CONFIRMS romance: ‘I’ve never felt like this’

Giving us serious Victoria Beckham vibes, Jesy opted for a low cut Little Black Dress complete with an asymmetric sleeve and belt cinching her in at the waist.

Sharing a string of photos on Instagram, the singer gave the camera her best pout as she showcased an incredible smokey eye and nude lip.

Fans were quick to gush over the snap, as one wrote: ‘Hair on Fleekkkk’

‘Stunning 😍😍,’ said another, while a third added: ‘slaying as always QUEEN😍👑.’

And it looks like Jesy’s followers aren’t the only ones who were loving her new look, as boyfriend Chris Hughes also shared his appreciation on social media.

Sharing a photo of the Little Mix stunner on his own Instagram account, the Love Island finalist simply added a heart alongside it. How cute is that?

Meanwhile, during her appearance at the Global Awards – next to bandmates Perrie Edwards, Leigh-Anne Pinnock and Jade Thirlwall – Jesy addressed her relationship with Chris, 26, for the first time. 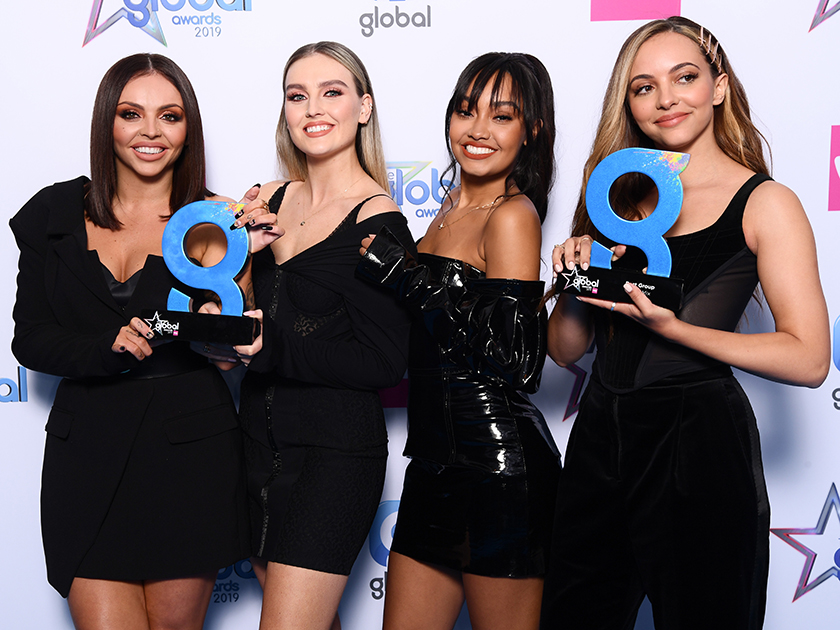 When asked what she thought about the reality star calling her ‘his soulmate’, Jesy replied: ‘That’s very sweet,’ before adding: ‘I just love, love!’ AW!

‘I’m so happy, she’s the nicest girl I’ve ever met, this is no exaggeration, she’s got a heart like she was your mother or something. She’s so caring. We just get on like best mates, and that’s the beauty about it.’

Excuse us while we go and pick out our wedding hats.