It might only be Tuesday, but it’s already been a tough week for Megan Barton-Hanson and Wes Nelson after they announced their split over the weekend. 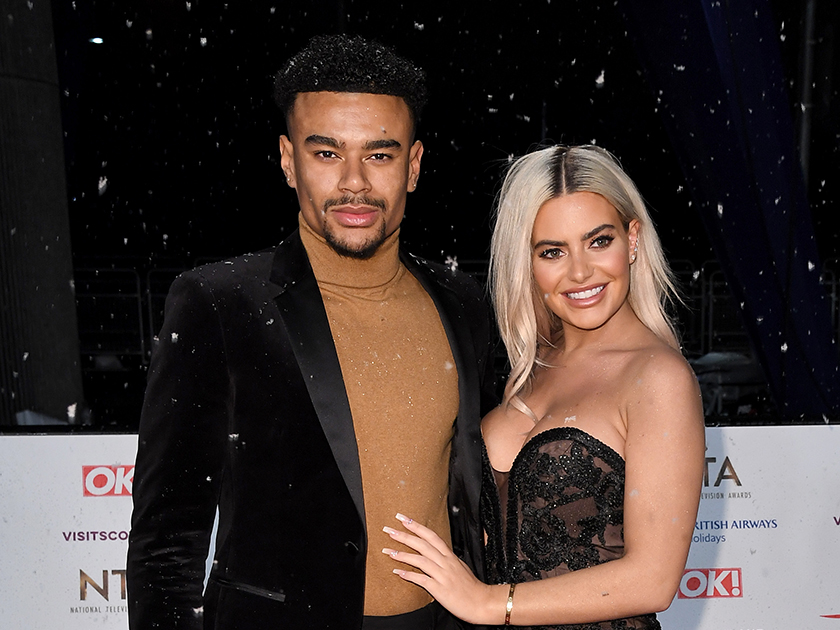 While the Love Island pair have kept pretty quiet on why they’ve decided to call it quits after just six months – instead just sharing a few cryptic messages on Instagram – now reports have suggested ‘things were all moving too fast’ for the couple.

According to an insider, it was 24-year-old Megan who broke things off with Wes, 20, after his Dancing On Ice training put a wedge between them.

‘Their relationship moved too quickly – they couldn’t keep up with it,’ the source told The Sun.

‘One minute they were on [Love Island] together and the next Wes is moving out of his family home to live in a London flat with her.

‘It all became very intense and what’s worse is that their sex life started to suffer. As soon as Wes started to train for Dancing on Ice he became too tired for anything in the evening.’

Speaking about Wes’ bond with his DOI partner Vanessa Bauer, the insider added: ‘There’s a four-year age difference between them too – that coupled with the threat of Vanessa and all the time her and Wes were spending together there was no hope.’

Relationship coach Michelle Zelli has also told us Dancing on Ice ‘could have been the final nail in the coffin’ for Wes and Megan.

Speaking to CelebsNow, Michelle said: ‘If the rumours are true and Wes is coming home too tired for sex, coupled with Megan’s very open admission of insecurity and jealousy towards his skate partner, a situation that seemed to be handled badly by the skating pair doing nothing to reassure her, then it’s easy to see why the culmination of these things could have a devastating impact on their relationship.’

This comes after Megan recently opened up about having ‘the worst day of her life’ following the media storm surrounding her split.

Taking to Instagram, the Essex babe revealed photographers were waiting outside her house, as she said: ‘It’s possibly been the worst week of my life and look how many paps are waiting there. I’m shaking, my anxiety is through the roof.

‘They’re all hiding behind the tree. Literally, I’ve had the worst week and they’re still there.’ 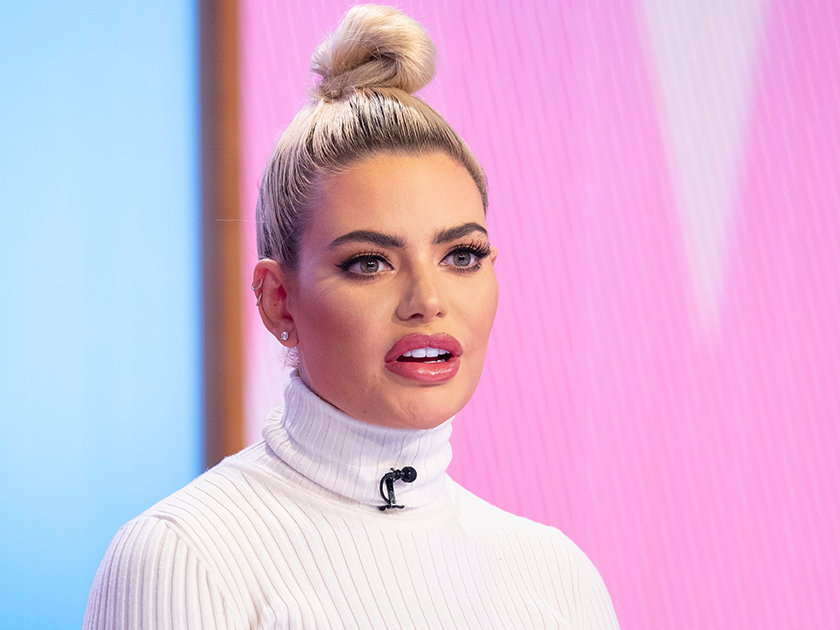 Megan then went on to share a string of supportive messages from fans, praising her for being open about her mental health.

She later penned another message thanking followers for their kind words.

She wrote: ‘Hands down been one of the worst days of my life. I can’t thank you all enough for the support. 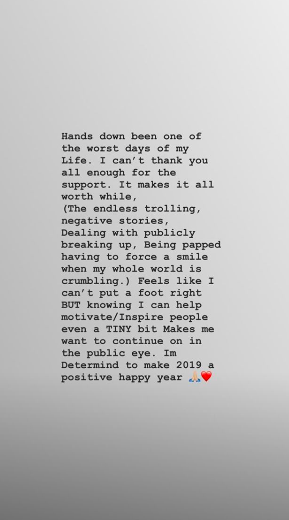 ‘Feels like I can’t put a foot right BUT knowing I can help motivate/inspire people even a TINY bit makes me want to continue on in the public eye.

In one final post, reality star Megan posted a video of a personalised cheese board her mum gifted her at Christmas. 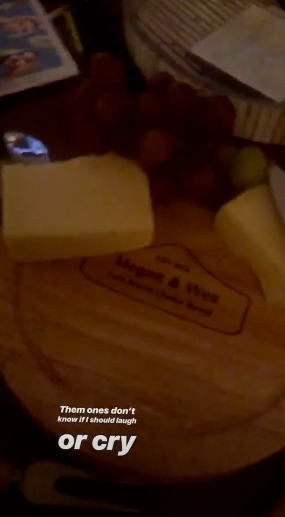 She said: ‘So my mum got me and Wes a cheese board for Christmas after our cheese and wine night but I didn’t even get a chance to use it.’

Scraping Wes’ name with a cheese cutter, she added: ‘At least these cheese tools can come in handy.’