Megan McKenna has shared a heartbreaking statement about the tragic death of ex-boyfriend Mike Thalassitis, after cruel trolls targeted her for staying silent on social media.

The 26-year-old remained quiet for two days following Mike’s shock suicide on Saturday, but was forced to publicly address his death after she was bombarded with abuse by online trolls.

MORE: Love Island’s Montana Brown breaks down over Mike Thalassitis’ death as she opens up about the last time he spoke to her

Releasing a statement on Instagram on Monday afternoon, the former TOWIE star admitted she is in ‘complete shock’ over his death.

She said: ‘Sorry I haven’t been on social media but I’m in complete shock and trying to come to terms with this.

‘I can’t believe I’m even writing this post. My thoughts and prayers are with Mike’s family. Rest in peace Mike x.’

According to The Sun, Megan wanted to grieve in private but felt compelled to address Mike’s death publicly, after trolls claimed her silence meant she ‘doesn’t care’ about her ex.

Following her statement, fans rallied around Megan saying she shouldn’t have to apologise for wanting to grieve away from social media. 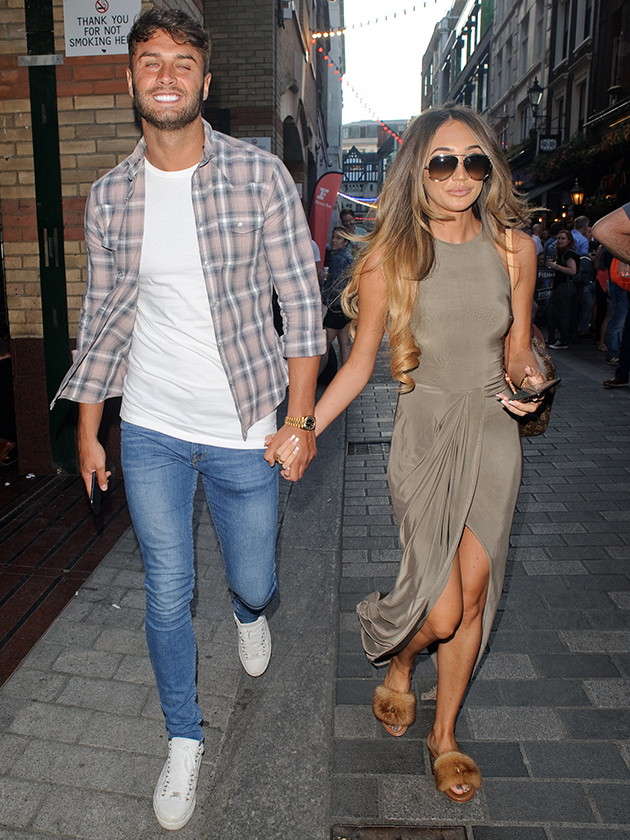 One said: ‘I can’t believe you had to apologise. I didn’t even know him and it’s been on my mind constantly so god knows how you, his friends and family feel. Take your time xx.’

Another added: ‘Megan u don’t have to apologise people grieve differently and if not being on social media then so be it ❤️ thinking of you and mikes family RIP mike 🙏❤️.’

A third wrote: ‘Don’t apologise @megan_mckenna_ … You are grieving… How dare people criticise someone who is grieving x.’

And a fourth said: ‘How dare people have a go at her for not saying anything, I’m sure she is heartbroken and dealing with it in her own way not everything has to be on social media thinking off Megan at this time.’

Megan and Love Island star Mike dated on and off for seven months before splitting up for good in August 2018.

Mike was found dead on Saturday (March 16) in a park near his house in Edmonton, North London, with police later confirming he had committed suicide.

If you have been affected by this story, The Samaritans offer 24/7 free support on 116 123 or www.samaritans.org.