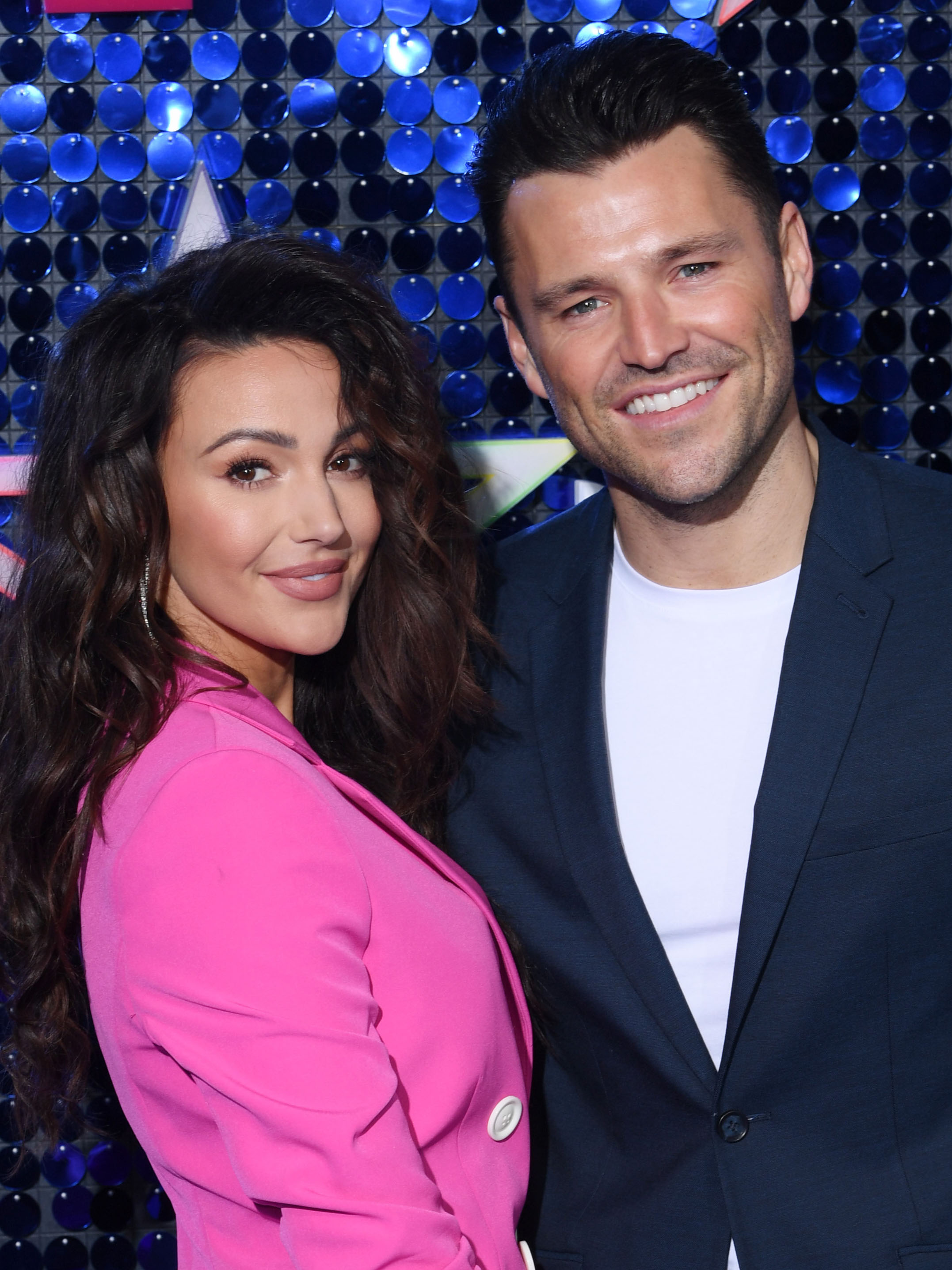 The Our Girl actress, 31, and ex-TOWIE star, 32, have been married since May 2015 and for the last few years lived apart while Mark worked out in Los Angeles as a presenter for TV show Extra.

The long distance relationship, coupled with the fact the pair rarely posted pictures of each other on their social media accounts even when they were reunited, led to persistent rumours that their marriage could be in trouble.

However, at the end of March Michelle decided to share a sweet snap with Mark as they adoringly frolicked on the beach in Barbados. It was the first picture of them together to appear on the former Corrie star’s Instagram feed in almost two years.

Speaking about the relationship social media black out, Michelle admits it was a conscious decision to protect their marriage.

‘I know there’s interest but I just thought: “I’m not feeding it any more,”’ Michelle explained.

‘And by stopping that, we’ve taken back control. Massively. It was relentless every week – especially because we lived away from each other.

‘We get that we’re in the public eye and have a public relationship, but we’re normal people at the end of the day, and we don’t need to give all of ourselves up.’

She added to The Sun’s Fabulous Magazine: ‘I feel like we’ve regained control and now we don’t read anything in the news anyway. If someone asks if I’ve seen a story, I literally haven’t. A few years ago I would have read it and it would have really upset me and panicked me a bit. Now, honestly, I don’t care.’

In the same interview, Michelle also told of how nice it was to finally have Mark back in the UK after he quit his US presenting job earlier this year.

‘Having him home… It’s nice just doing normal things: going to the deli for breakfast, getting a takeaway on a Saturday night, planning what Netflix series we’re going to watch, travelling back and forth between Manchester and Essex to see our families, and having that flexibility,’ she went on.

Meanwhile, Mark recently revealed he’s been feeling broody though the couple aren’t in a hurry to have kids.

‘As soon as we got married, we got it from our mums and it’s been four years now,’ he told This Morning hosts Holly Willoughby and Philip Schofield.

‘There is pressure, but it’s fun pressure and everyone is excited for the day it does happen. I’m always broody. I love kids.

‘We are not in a rush though, because we are both so busy and Michelle is off to do another series of Our Girl and potentially another series.

‘When is the time right? Well, right now it’s not.’