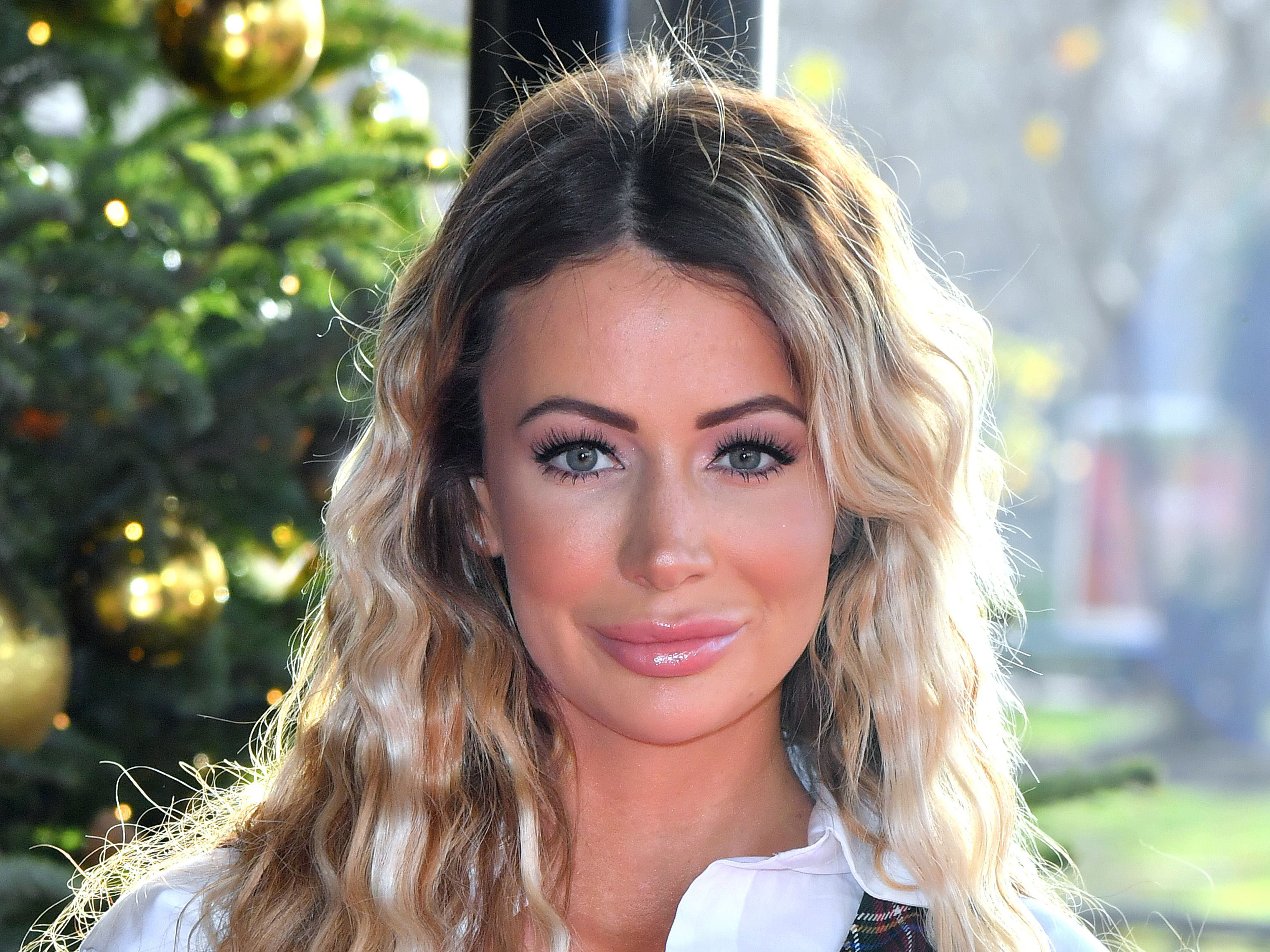 Olivia previously said she was desperate to swap her fake assets for a smaller, more natural look.

And on Wednesday, the reality TV babe, 28, shared an Instagram story clip from her London hospital bed after waking up from the surgery.

‘She’s awake hunnies,’ Olivia wrote to her 1.6 million followers. ‘And the giant boobies are no more. I’ll share the details of what we did in the end etc when I’m back on this planet.’

She then shared a video of herself wearing her surgery bra, and said she felt a ‘bit achey today but that’s to be expected’. 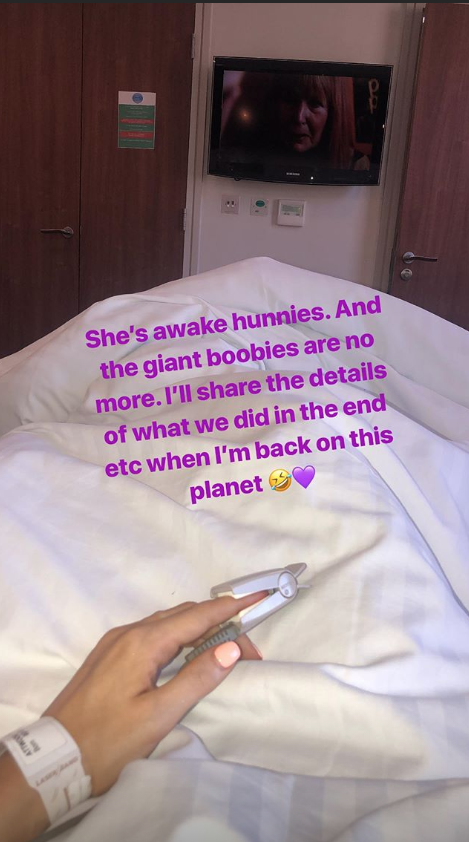 As she gave a shout out to her surgeon, Olivia insisted she paid for the surgery herself despite being offered if for free by other clinics.

In a third short clip, the Love Island beauty shared a snap of a brand new baggy white Balenciaga T-shirt and said boyfriend Bradley Dack bought it for her so she could wear it post-op.

Just days earlier, Olivia told fans she was going under the knife, but only revealed it was to finally have her reduction when everyone started speculating about what she could be getting done.

‘So loads of you are asking what surgery I’m having done and I’m finally getting my boobs re-done this week,’ she said. 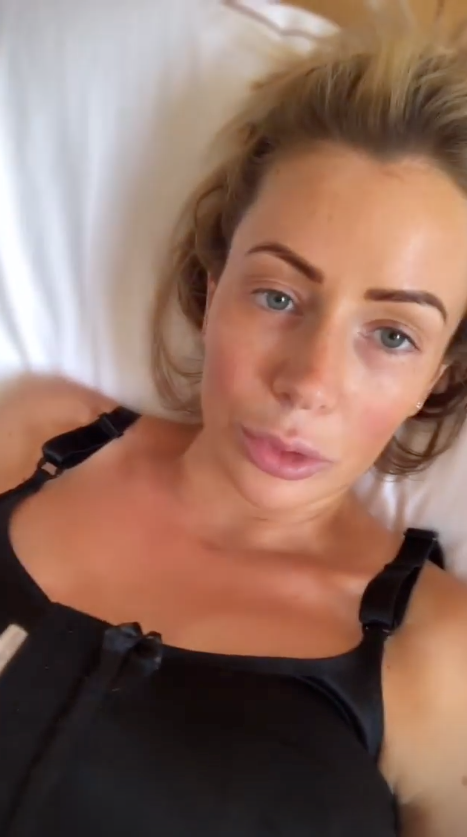 ‘Nothing more, nothing less so everyone can just calm down.’

Last year, during her appearance on Channel 4 show Celebs Go Dating, Olivia admitted she was desperate to get new implants.

After receptionist Tom Read commented on her impressive cleavage, Olivia told him: ‘They are going soon – I’m getting a new pair.

‘So I’m just trying to give them as much air time as possible – I want them to see the world before they go.’ 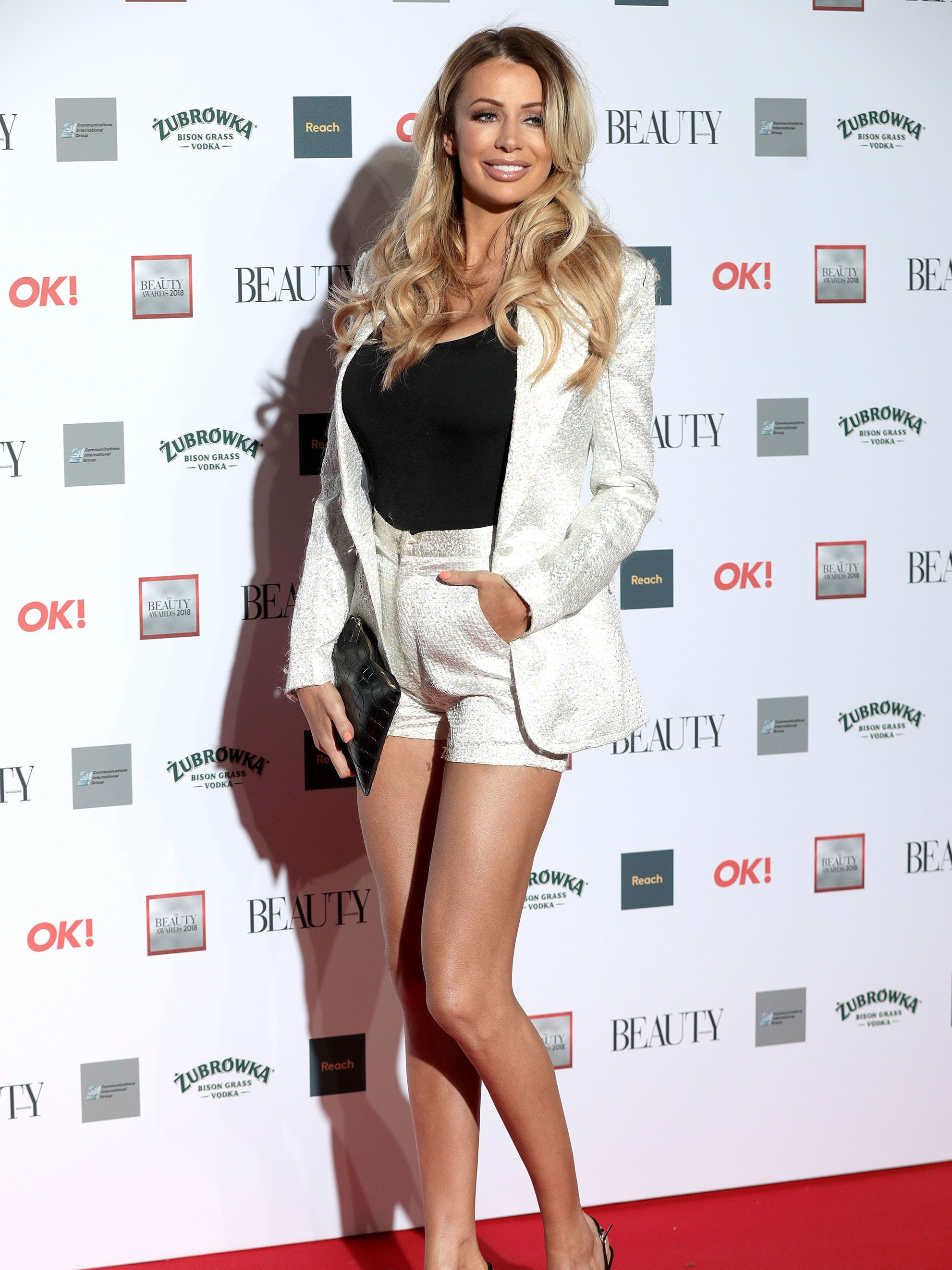 Explaining why she wanted to get rid of them, she told trolls who said her assets were ‘too big’ for her that she got the implants when she was a lot younger.

‘Guuuyyss I knoww my boobs are very big for my frame. It’s something I did when I was very young and I thought I knew best,’ she wrote.

‘Why am I explaining myself to the few w*****s that have piped up. but MOT is happening soon. I have put it off for a long time’

Olivia underwent the surgery in London just days after she jetted back from a break in Dubai with her on-off footballer boyfriend Bradley.