We NEED to see this

Calling all Little Mix fans because the girls have got some seriously exciting news for us – they’re about to drop a brand new video. 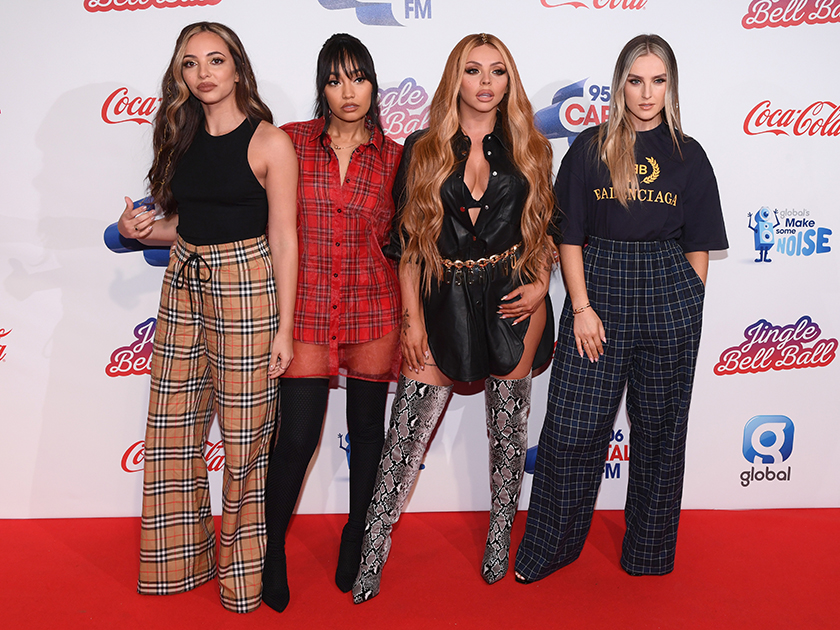 Taking to Instagram, 25-year-old Perrie was first up to give fans a glimpse behind-the-scenes as she shared clip of herself dancing around in a field to the catchy tune.

Wearing just a bra and jeans, the Geordie popstar looks amazing as she smiles and pouts for the camera.

‘Think about us ft @tydollasign video coming soon 🦋🦋🦋🦋,’ she captioned the post.

In an equally sassy video, bandmate Jesy, 27, can be seen get VERY cosy with a topless male dancer as she wraps her arms around his back.

‘Who’s ready for THINK ABOUT US? 🔥,’ she asked followers.

Obviously fans of the star couldn’t wait to comment on the posts, as one wrote: ‘❤️❤️❤️OMG I can’t.’

‘Yay so ready,’ said another, while a third commented: ‘SO EXCİTEEEEDDD.’

The new LM video will be dropping on February 1st – which means fans only have to wait two more days until the big reveal!

Meanwhile, as well as being nominated at The Brit Awards 2019, Little Mix will also be performing alongside the likes of Calvin Harris, Dua Lipa and Sam Smith.

Earlier this month, the X Factor winners took to Twitter to confirm the exciting news, in a message which read: ‘2019 is the gift that keeps on giving!! 🤞🏼💃🏼 We’re SO excited to announce that we’re going to be performing LIVE at the @brits!!

‘We absolutely cannot wait to be on that stage again and to put on an amazing show for all you guys! ♥️ #BRITs the girls.’