Marnie Simpson has proudly shared a picture of her growing baby bump as she embraces her first pregnancy. 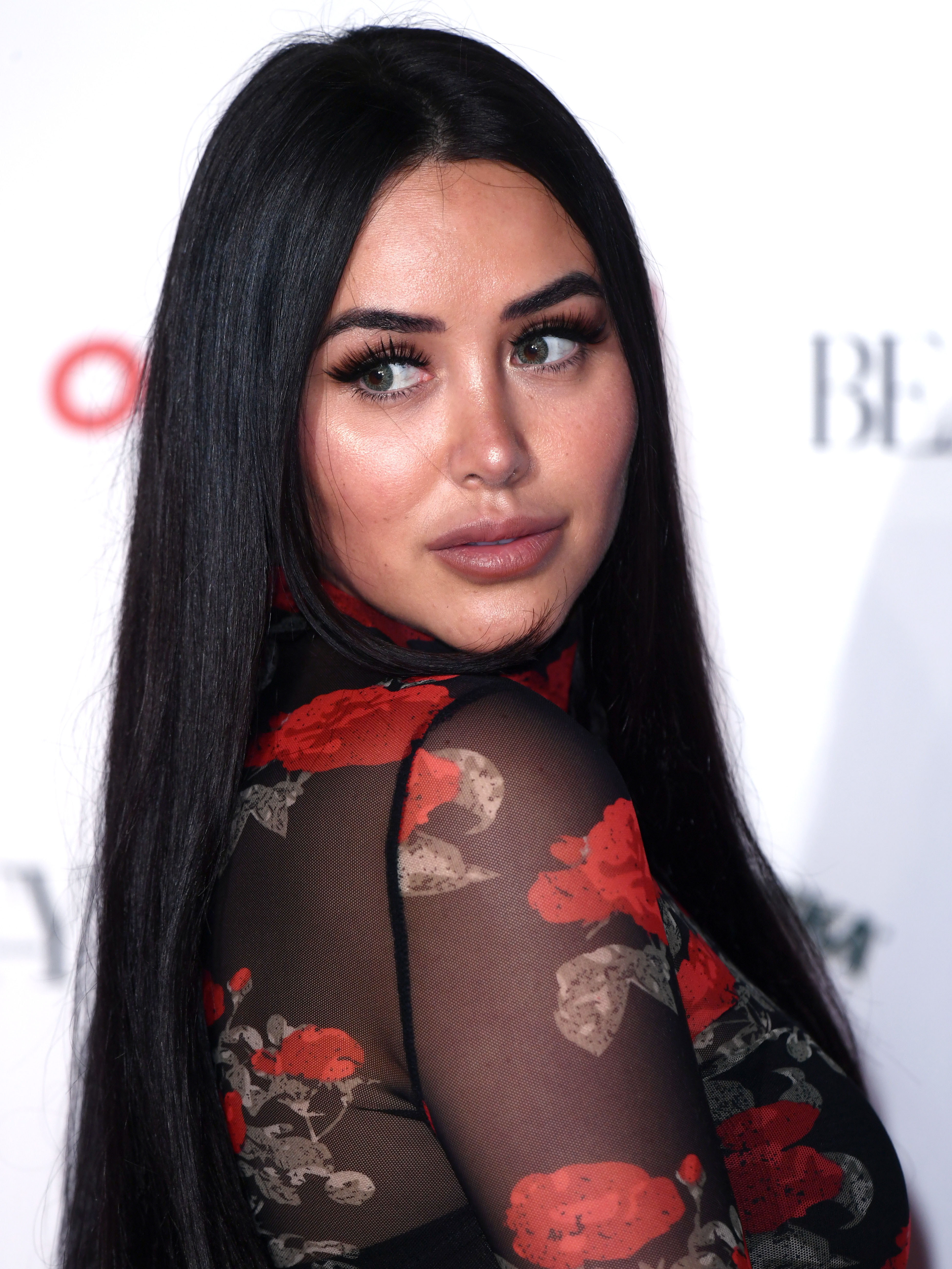 The reality TV star, 27, is wearing a bra and no knickers as she shows off her bump at five months.

The Geordie babe wrote alongside the Instagram Story snap, ‘Bump update… 22 weeks and me and the baby are getting bigger.’

‘And I’ve got stretch marks but it’s ok because I’m going to be a mamma.’

Marnie and her X factor boyfriend Casey Johnson are expecting a baby boy together in October.

She previously revealed the news came as a huge shock, but couldn’t be happier to be having her first child.

Writing to her fans on Instagram, Marnie shared: ‘It was totally unplanned. I generally thought I would have children in my 30s, it was a massive shock but I think it was fate. I just turned 27 and I think it was meant to be and now I’m so, so, so happy.’

The 27-year-old went on, ‘I’ve never used contraception as I find it never agreed with me. I was always careful and was very aware of my cycle then it just happened randomly.

‘I’m a firm believer of everything happens for a reason and I think it was meant to happen.’

The reality TV babe also opened up about the moment she discovered she was expecting.

‘I was four days late on my period, I was driving home from London and I felt a really hot flush come over me and I felt a little sick,’ Marnie said.

‘I didn’t automatically think I was pregnant as I get car sickness a lot and thought it could be that and I was also getting normal period pain as if I was due my period.’

‘I always like to be safe so I told Casey to get me a pregnancy test at Tesco’s and when he did come home and I did it and it said positive… When I showed Casey we both just looked at each other and smiled.

‘The first thing that Casey said was “let’s do this” – looking back it was really cute and it’s a memory I won’t ever forget.’

The former Celebrity Big Brother contestant also confessed she had worried she wouldn’t be able to conceive due to her ‘alcohol abuse’ in the past.

Speaking to OK! Magazine, she said: ‘Because I’d done Geordie Shore I’d convinced myself that I couldn’t have kids because of all the alcohol abuse.’

The Newcastle lass got together with X-Factor star Casey, 27, when the pair met on MTV dating show Single AF.

Opening up about becoming a dad for the first time, he told the mag: ‘I don’t think you’re ever ready until it happens, but we’re so excited. It feels amazing.’