Gemma Atkinson has revealed the ups and downs of pregnancy as she made a candid confession about her mood swings. 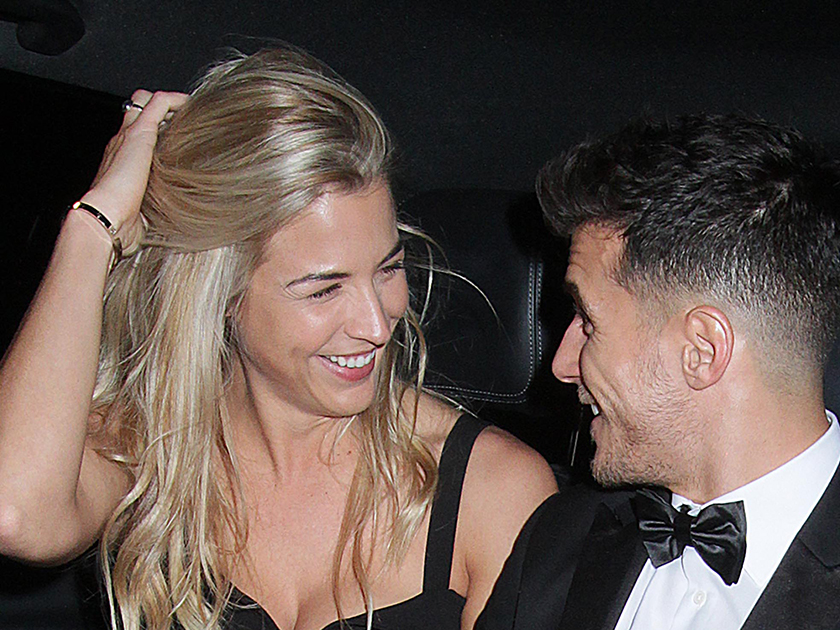 The former Strictly star admitted that while she can feel like ‘superwoman’, there are also many days her pregnancy leaves her feeling ‘bloated and p****d off’.

MORE: Strictly Come Dancing 2019: Find out which celebs are rumoured to be joining the line-up

And today just so happens to be one of those days as she gave her boyfriend, Gorka Marquez, a stern warning to not come home without some naughty food.

She added: ‘Other days I’m Krang from Turtles. I can’t move properly, I’m bloated, p****d off and I feel like there’s a Thai boxing match happening in my uterus.

‘Today’s a Krang day so, @gorka_marquez you know the drill, don’t come home without pizza or Doritos dude.’

Gorka meanwhile responded with a series of crying with laughter emojis.

Gemma revealed earlier this month that she is expecting her first child with Gorka in an adorable Instagram post.

Using their two dogs Norm and Ollie, one pooch wore a sign reading, ‘Guess what…mum’s pregnant,’ while the other wore one which read, ‘We’re going to be big brothers!’

Former Hollyoaks star Gemma added the caption,: ‘And what Amazing big brothers they will be!

‘Myself & Gorks are beyond excited and happy and feel incredibly blessed to be meeting our new family member later this year. Baby Marquez!!! We love you loads already @gorka_marquez.’

Strictly professional Gorka also shared the same photo on his own Instagram page, writing: ‘@glouiseatkinson Thank you for the greatest gift in life.

‘Myself and Gem are beyond thrilled to be welcoming our new family member later this year! Baby Marquez.