Vicky Pattison is currently enjoying a sun-soaked trip to Mexico all in aid of her sister’s wedding. 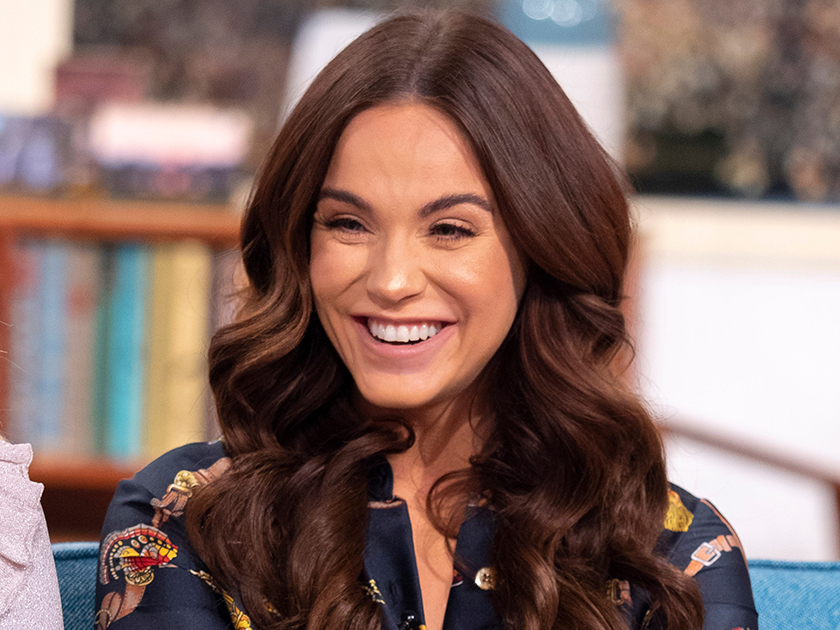 But while the Geordie Shore star has been living her best life sunbathing, sipping on cocktails and partying with her friends and family, she seems to have found herself under a lot of unnecessary scrutiny.

More: Vicky Pattison hits back with fiery message after fans notice THIS about her sister’s wedding day photos

As well as being accused of ‘trying to upstage’ her sister Laura on her big day, now Vic has been targeted by cruel trolls who have body-shamed her over some ‘unflattering’ paparazzi pictures.

And it looks like the 31-year-old has finally had enough, as she’s hit back at her critics with a defiant new video.

Taking to Instagram, the former Queen of the Jungle can be seen standing in an orange bikini outside her hotel room as she tells her followers she’s had ‘the worst start to 2019’.

‘I’m doing this video to say “this is me”,’ she started the message.

‘This is my body. I’m not perfect, but I don’t even know what perfect would look like.’

Vicky then went on to reveal she has a ‘flat stomach and small waist’ when she’s standing up, but when she sits down ‘it’s a whole different ball game’ and she has a ‘roll’.

‘I’ve been at an all inclusive for 10 days if there wasn’t a roll I’ve been doing something wrong,’ she playfully told fans.

The reality star then continued: ‘Not only have I got cellulite, but no matter how hard I squat my bum also looks like a pancake.’

Hitting back at criticism that she edits her social media photos, Vic said: ‘When I’m taking a picture, it’s my favourite one out of about 100 takes and it’s my best angle and I filtered it because it’s on my Instagram.’

Not done there, Vic also penned a fiery caption, saying she was ‘sad and hurt,’ by the implication that she would ‘try and steal the limelight from her sister’.

Before adding: ‘I’m off to drink tequila and tell every woman I see that I think she’s smart, funny, pretty and important (the help styyylllleeeeee!!) LOL!

Obviously, fans of the star couldn’t wait to support her, with one writing: ‘You’re amazing and beautiful 😍’.

‘Well said chick enjoy the rest of your hols and you are just perfect the way you are #gorgeousgirly❤️ 👌👏,’ wrote another.

While a third added: ‘Don’t listen , they have no life so have to try and spoil yours ❤️❤️.’ 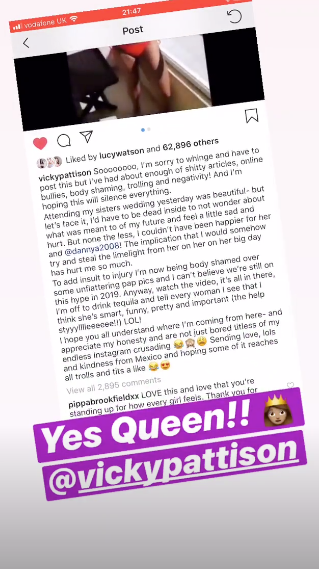 Keep being you, Vic!