Vic accidentally gave a glimpse of her underwear

Victoria Beckham made sure all eyes were on her when she stepped out ahead of her Good Morning America appearance today. 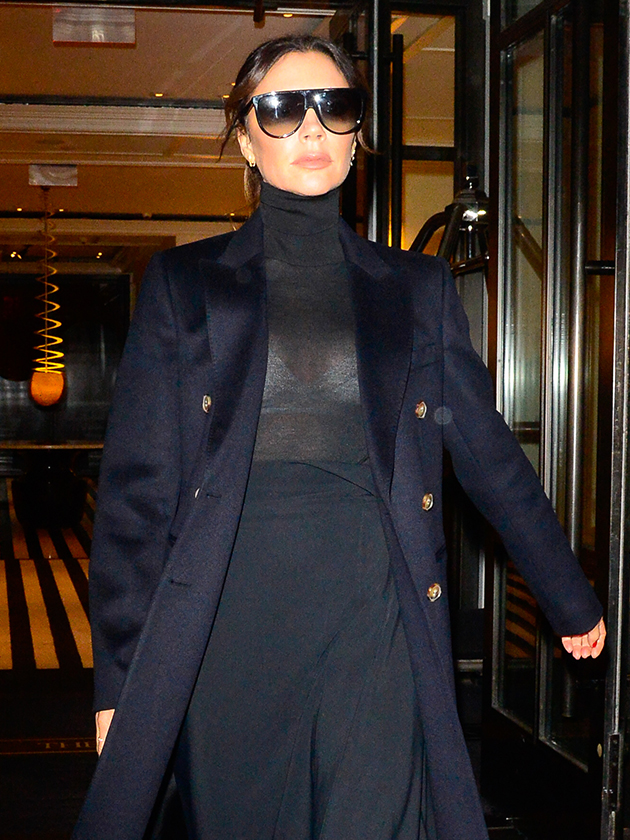 The fashion designer is always perfectly styled, but she accidentally gave the cameras a flash of her nude bra as she chose a sheer black top for the occasion.

Vic looked effortlessly chic while strutting her stuff in New York City as she donned a pair of wide-legged trousers and leather boots.

The all-black ensemble also consisted of an oversized military jacket which swung down by her ankles. 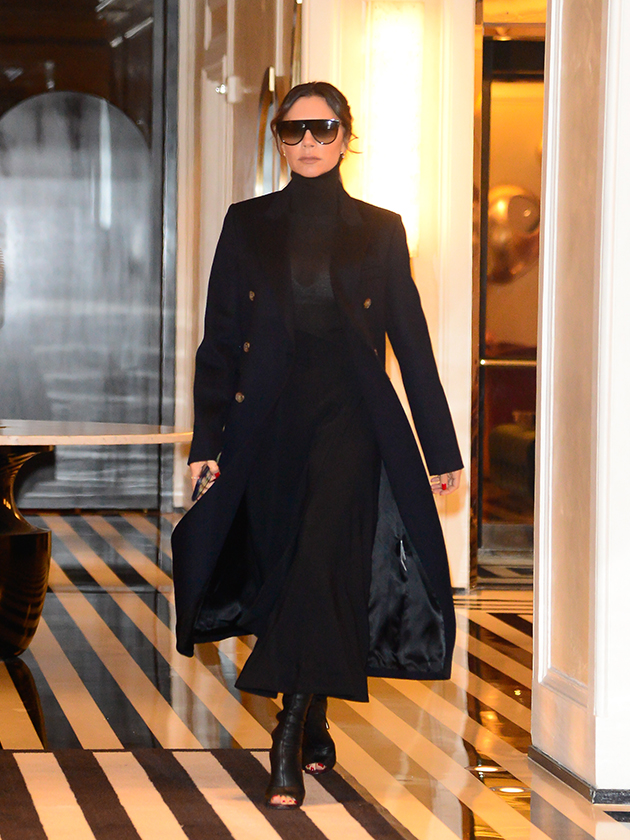 And in classic Posh-Spice-style, the 44-year-old finished off her sophisticated look with a pair of oversized sunglasses and pulled her hair back into a bun.

Unfortunately, mum-of-four Victoria was later spotted looking less than impressed after getting caught in the rain as she ran through the city with a giant umbrella. 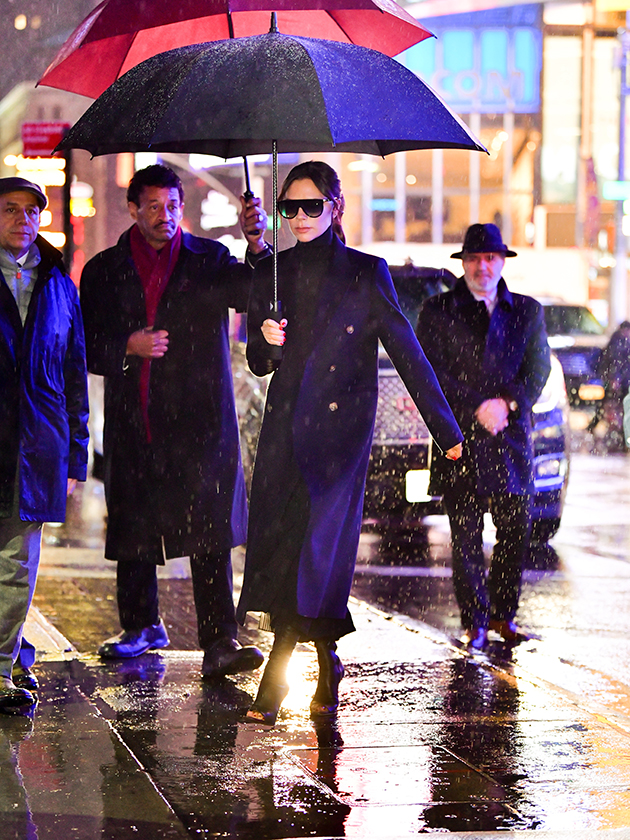 This comes after the former Spice Girls star and hubby David Beckham had a rare date night earlier this week as they arrived at the launch of Vic’s Reebok collaboration.

The A-List couple gave us some serious PDA as they held hands and made their way to the star-studded event at Manhattan restaurant The Flower Shop. 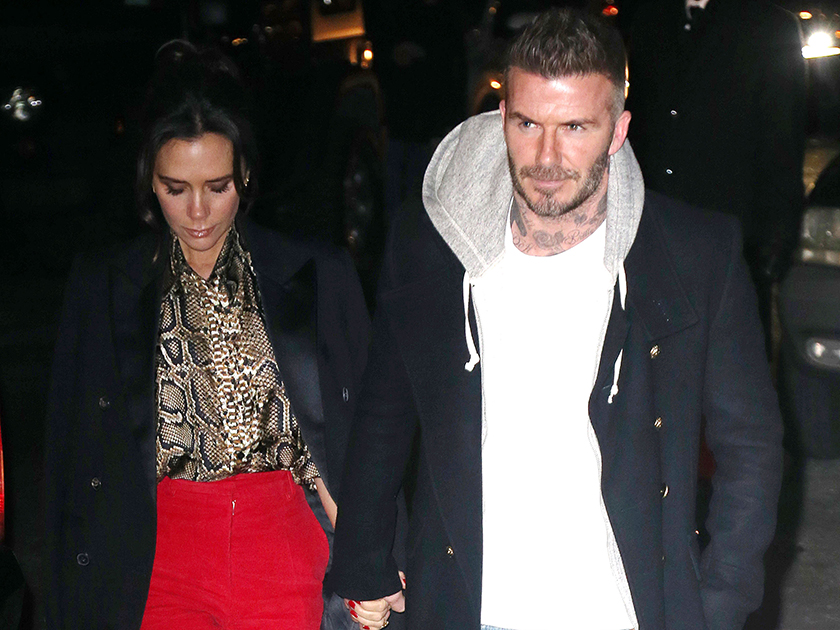 And it looks like the model has gone down VERY well with the Beckham clan, as Victoria later shared a photo of Hana wearing some of her clothing items.

Hanna, 21, also uploaded a photo of herself along with the caption: ‘Love love love my new beanie, hoodie and bomber from #reebokxvictoriabeckham.’

We reckon Hanna is going to fit in nicely!