But now the seven-year-old has officially made her debut on mum Vic’s YouTube channel with an adorable special appearance.

The latest addition to 44-year-old Victoria’s fly-on-the wall video series sees her AW19 collection being made for London Fashion Week earlier in the year. 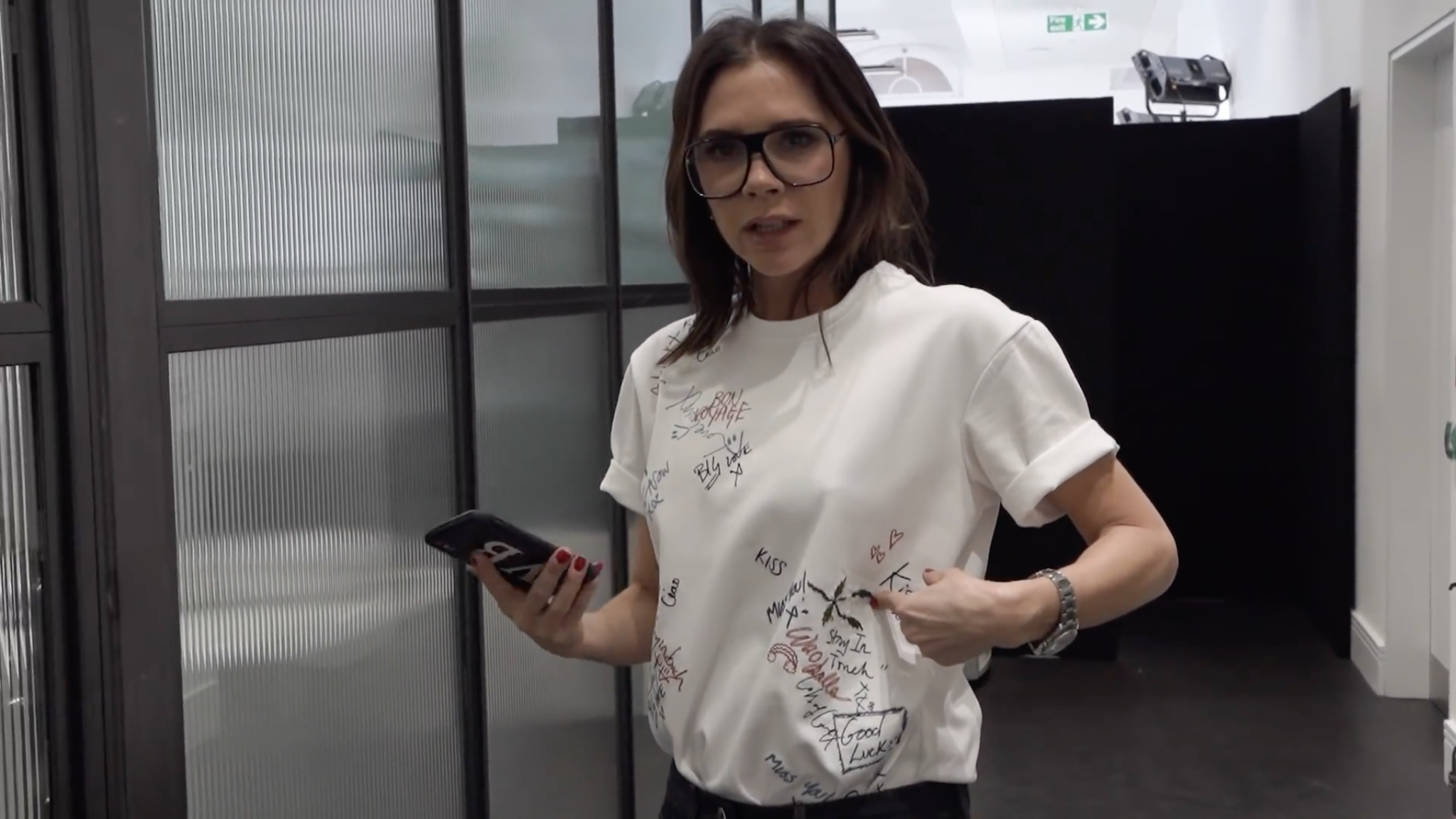 In one backstage scene, little Harper arrives in the fashion studio to say hello to the design team while they are hard at work the day before the show.

Clearly following in her mum’s stylish footsteps, Harper can be seen wearing a black Chloe jacket and adorable Alice band. 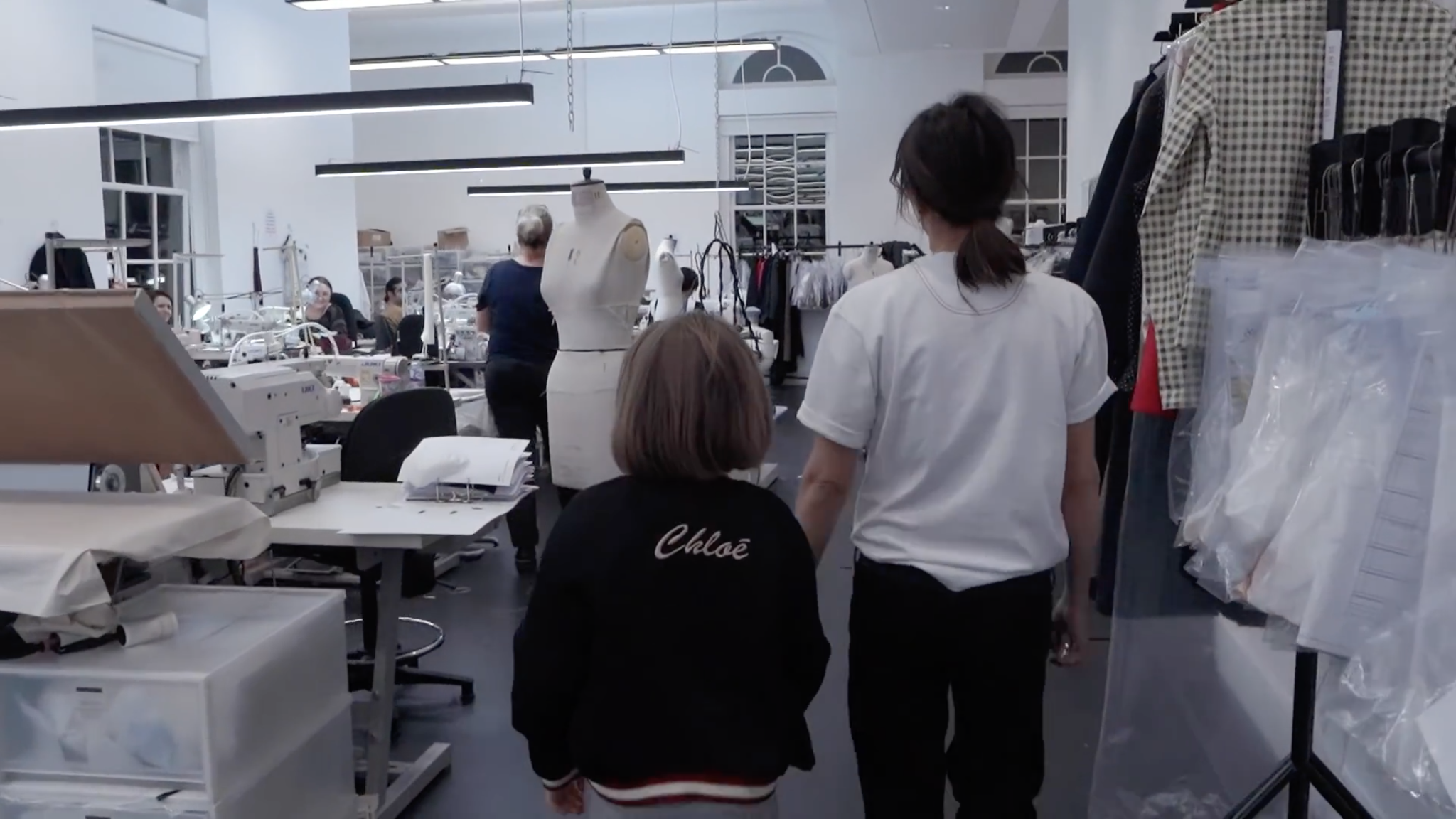 Elsewhere in the video, Victoria – who also shares Brooklyn, 20, Romeo, 16, and Cruz, 14, with husband David – arrives for an early morning model fitting, before checking up on her children back at home.

Speaking from behind the scenes, she says: ‘I’m just checking the children are all out of bed, I feel like I’m going crazy.’

After the former Spice Girl jokes that someone mistook the flower on her T-shirt for a ‘hash plant’, the camera pans to the rehearsals of her runway show which sees models strutting down the catwalk.

And fans of the show absolutely love the short video, as one wrote: ‘Very classy ….Harper is adorable too.’

‘So interesting! Thank you so much for taking us with you, Victoria. 😍👌,’ said another, while a third added: ‘VB is such an inspiration as an individual, a mom, in any way 😊’ 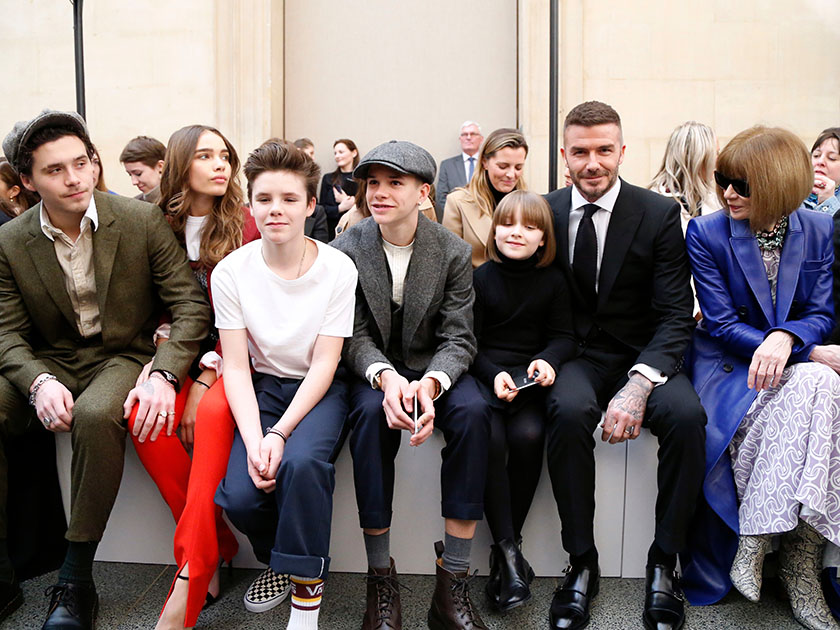 Victoria showcased her much-anticipated Autumn Winter collection in February and her whole brood were there to watch.

Proud husband David, 43, sat on the front row alongside the kids, with Brooklyn’s girlfriend Hana Cross also there to support the family.

Tributing the fashion mogul at the time, 21-year-old Hana shared a string of snaps from the fashion display simply writing: ‘such a stunning show❤️❤️ @victoriabeckham.’

Meanwhile, Victoria has vowed to treat her fans to plenty more unseen footage of her life in the coming months.

Speaking about her YouTube channel – which she launched in February – she told Vogue: ‘The videos are going to be everything from fashion to beauty, and my family will be in there as well.