It's all brand new for Mrs Beckham! 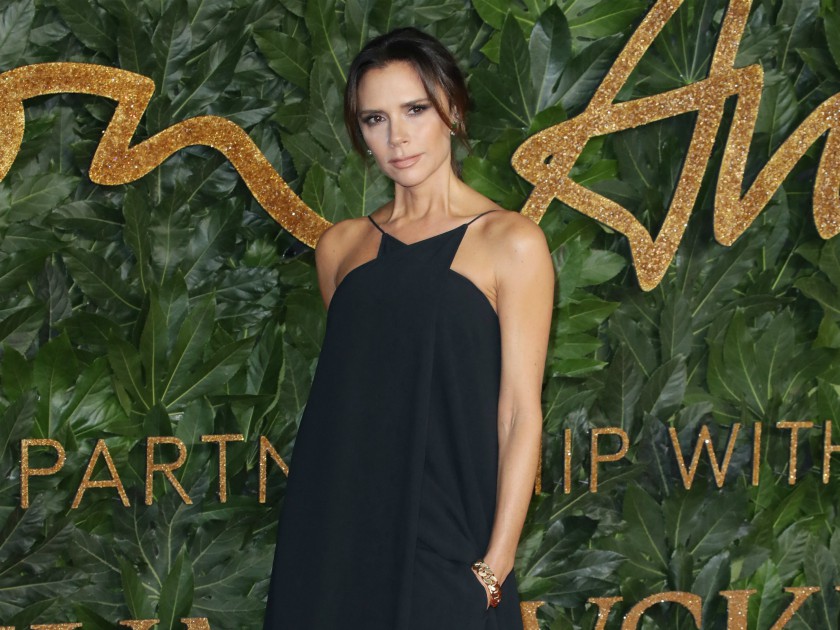 With her showbiz schedule well and truly booked up, the busy mother-of-four still manages to find the time to look her very best.

More: David and Victoria Beckham STUN as they pack on the PDA during rare date night at British Fashion Awards

So, when VB decides to try out a new look, we quickly follow suit.

Showing off her new bling, VB has taken the plunge and received additional lobe piercings on her ears – rounding her earring total up to a whopping six!

Looks like we’re all about to start rocking six studs too! 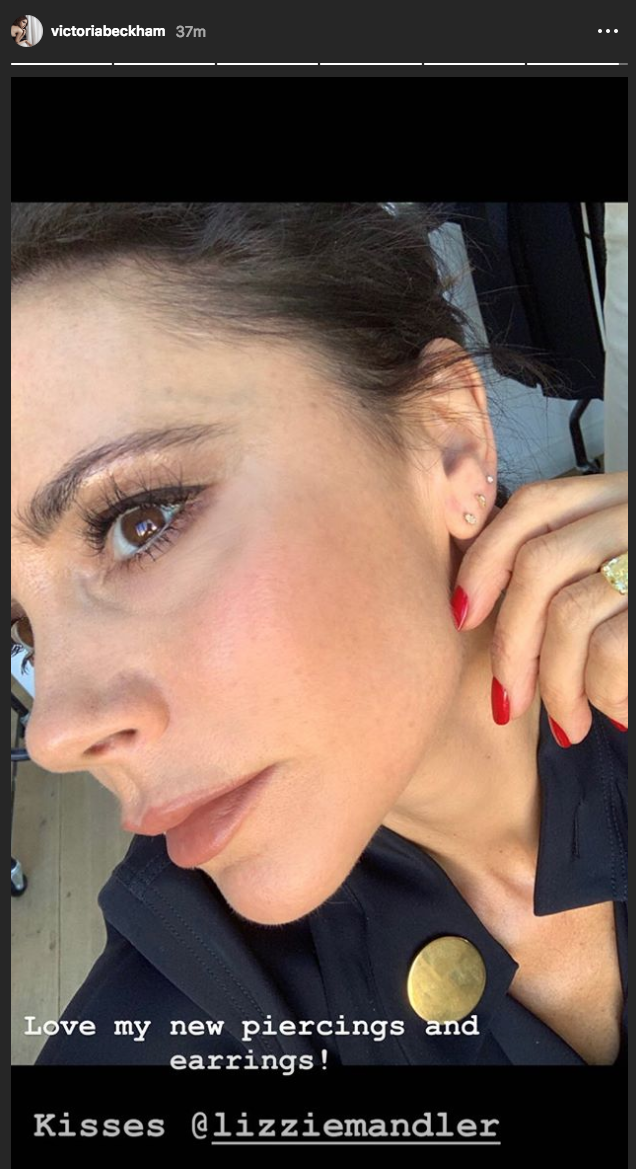 It appears Victoria’s new bling isn’t the only recent body modification – as the fashion mogul also appears to have removed her tattoo tribute to husband David!

The tatt extended down VB’s neck and onto her upper back, and read: ‘I am my beloved’s and my beloved is mine.’

Attending the British Fashion Awards yesterday, Victoria was an image of chicness in a simple black column dress.

However, held up with some simple spaghetti, the nape of Victoria’s neck was clearly visible for the awaiting paps –revealing her newly faded tattoo.

Thankfully, Vic’s body art switch up doesn’t appear to suggest any uncertain ground in her marriage of almost twenty years.

In fact, die hard Posh and Becks fans can breathe very easy – as the much-loved celebrity duo enjoyed the glitzy showbiz affair together. 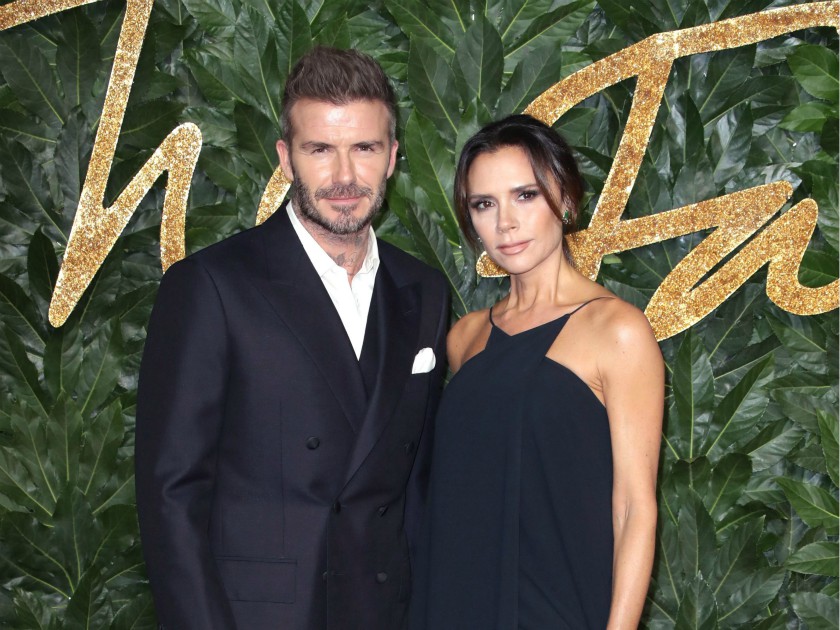 Victoria has actually began to remove a number of her body inkings, as she is also believed to have had two designs zapped from her wrist.

The first marks the date she and David renewed their wedding vows in 2006, and the second bears the phrase ‘again from the start’ in Latin, which she got when her family moved to America for David’s LA Galaxy gig in 2007.