Victoria Beckham has treated us all to an adorable glimpse into how she likes to chill out with her family.

The mum-of-four – who shares Brooklyn, 19, Romeo, 16, Cruz, 11, and Harper, seven, with husband David – spends most of her time running her fashion label and being an all-round style queen.

But when she’s not working, it turns out 44-year-old Victoria likes to relax with a good ol’ fashioned movie night just like the rest of us. 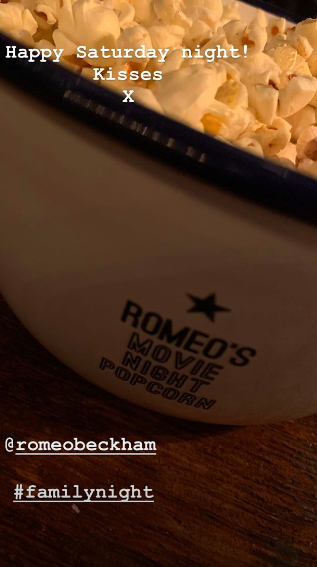 Next to the snap, she simply wrote: ‘Happy Saturday night! Kisses,’ before adding ‘#familynight.’

How cute is that? And it looks like Romeo isn’t the only one joining in on the family fun, as Vic also shared another photo of a sweet ornament her daughter Harper created.

‘Arts and crafts this Saturday, kisses from Harper,’ she said alongside it. 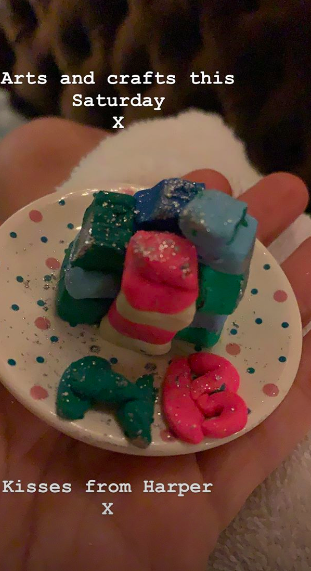 Victoria’s night in comes after she recently set the record straight over reports her marriage to football star David is ‘on the rocks’.

Speaking to The Guardian about split speculation, she said: ‘It can get quite frustrating. But I leave it to my PR team. I don’t get involved.’

And clearly keen put all of the rumours to bed, earlier this month the pair – who have been together for more than 20 years – were seen putting on some serious PDA at London Fashion Week Men’s. 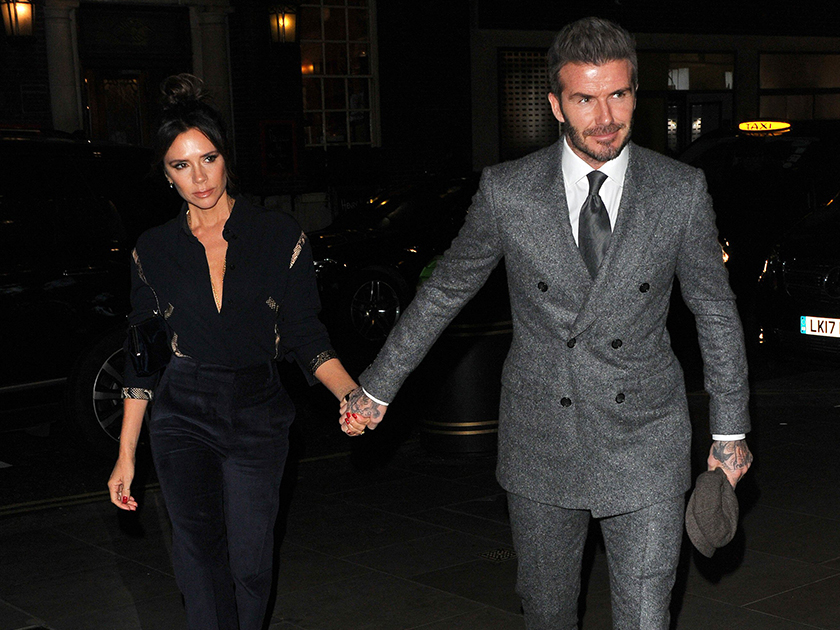 Supporting her hubby, Victoria joined Becks at a dinner party he hosted with GQ editor Dylan Jones at Brasserie of Light restaurant in Selfridges.

And 43-year-old David even gave his other half a shout out during his speech, as he said: ‘For myself this is the first time I have addressed a London crowd with my BFC [British Fashion Council] hat on so I’m very proud of that.

‘I want to thank everybody with the BFC for bringing me into this role and this industry because obviously my wife is part of this industry so I’m very proud and very privileged.’