These photos are adorable!

It looks like David and Victoria Beckham’s youngest is taking after her fashion-forward parents.

Yup, little Harper Beckham had a major style transformation over the weekend as she visited hairdresser to the stars Luke Hersheson.

And not one to play it safe, the seven-year-old well and truly went for the chop and is now sporting a ‘chic little French bob’ complete with an adorable fringe. 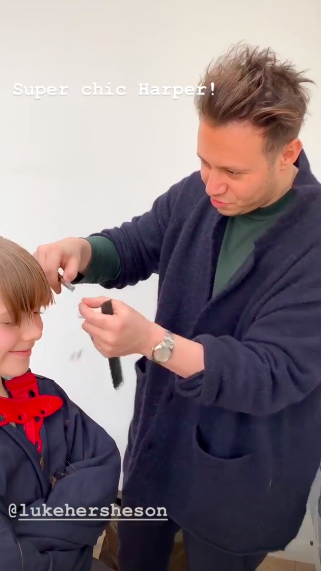 Taking to her Instagram Stories, 44-year-old Vic shared the transformation with her 23.9million followers as Harper sat with a huge smile on her face while Luke trimmed her light brown hair.

In the video, Luke can be heard explaining the little one’s new do, while Victoria captioned it: ‘Super chic Harper’, before adding a second snap with the words: ‘She is going short’. 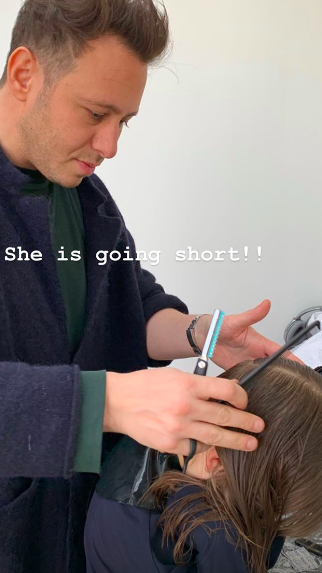 As the style was finished with a quick blow-dry, the former Spice Girls star wrote: ‘Beyond cute, this haircut is everything!’

But Harper’s haircut isn’t the only sweet family snap Vic shared this weekend as she also gave fans a glimpse of a note that her daughter wrote for her. 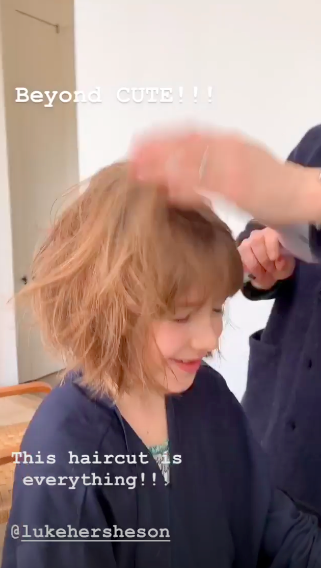 The message read: ‘Dear mum, thank you for what you have done for us. Fun, happynise, kindnise, and most of you your heart.’ OKAY, our hearts have officially melted.

And not forgetting her husband, the fashion designer – who is also mum to Brooklyn, 19, Romeo, 16 and Cruz, 11 – also posted an adorable of David in their family home. 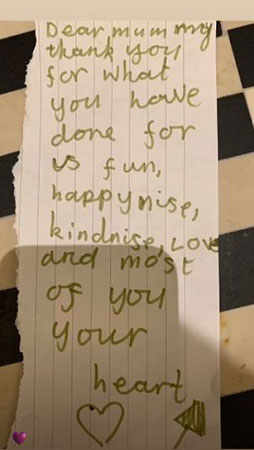 In the photo, the 43-year-old former football player can be seen sleeping soundly on the sofa with their dog Olive lying on top of him in a blanket.

Which was obviously met by thousands of comments along the lines of: ‘AWW!’ and ‘Beautiful photo ♥️’ Agreed!