In her latest YouTube video, Victoria Beckham has treated her fans a behind-the-scenes glimpse of what went on at her autumn/winter 2019 catwalk show. 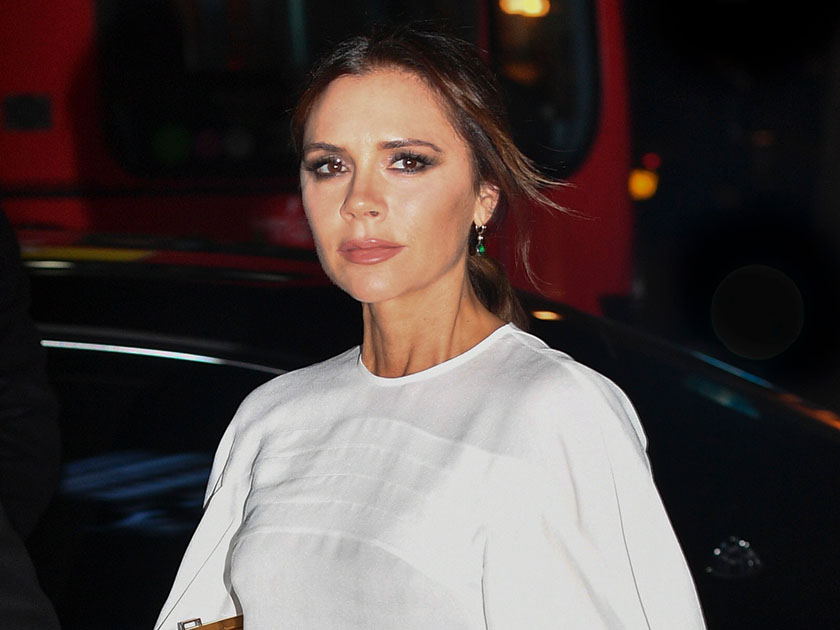 The fashion designer took to the runway with her latest collection last month, but despite wowing critics with the designs it turns out not everything went smoothly.

More: Victoria Beckham reveals David is NOT a fan of the way she dresses: ‘Why do you wear such baggy trousers?’

Even after months of preparation, 44-year-old Vic was forced to give up her own underwear to a model just seconds before she was due on the catwalk.

Talking to the camera backstage, the star said: ‘Literally just had to give my bra to one of the girls,’ before adjusting her jumper. Eek! 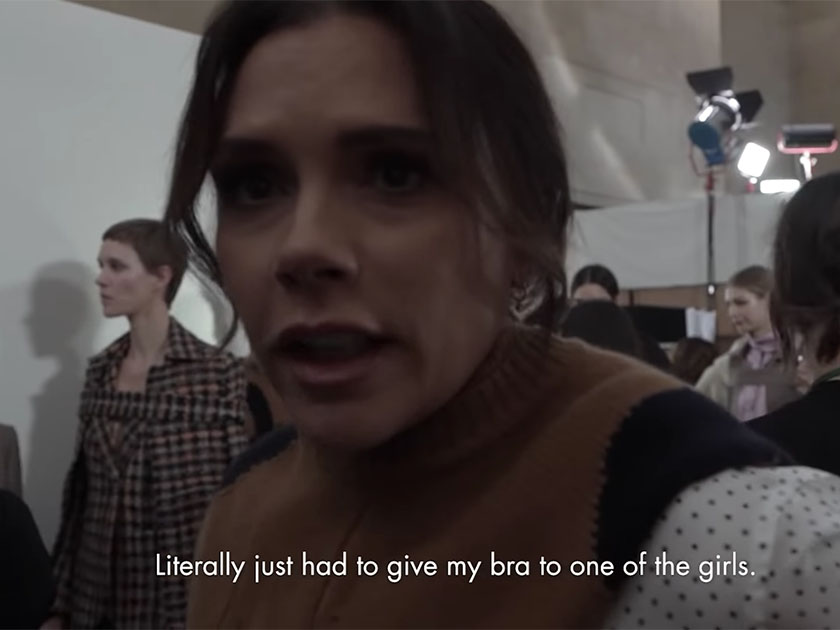 Elsewhere in the video, Victoria’s proud husband David and their four kids Brooklyn, 20, Romeo, 16, Cruz, 14, and seven-year-old Harper also turned up at the show to support her.

While David, 43, can be seen hugging his wife backstage, the Beckham brood then gushed over their mum while chatting to the camera.

With little Harper sat on his knee, Brooklyn said: ‘So excited, mum I’m sure you’ll do well like always, I love you so much I can’t wait to see the new collection.’

Teenager Romeo then sweetly added: ‘I love you.’ AW!

Later in the clip, Vic also gave her followers a peek inside her wild runway afterparty as Brooklyn and his girlfriend Hana Cross, 21, arrived looking just as glam as ever.

And the star’s followers couldn’t wait to comment on the video, as one wrote: ‘What I like about victoria is that she works hard and is smart she is her own woman …’ 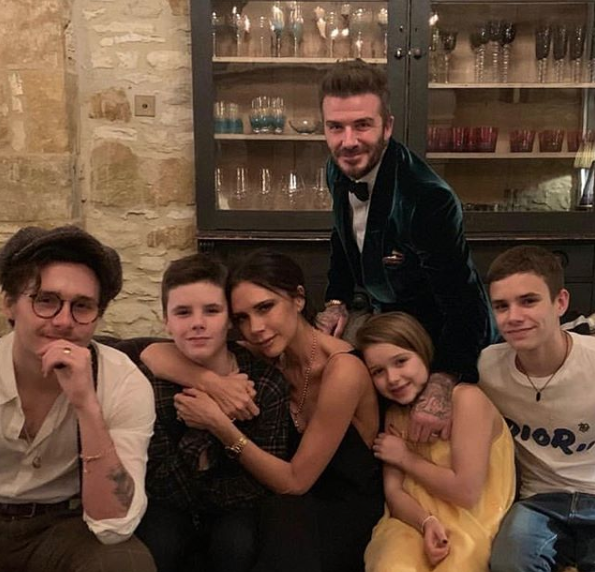 This comes after the former Spice Girls singer opened up about her children’s academic struggles, as she told the Financial Times: ‘dyslexia doesn’t run in our family, it gallops.’