Vic has been promoting her latest venture

Victoria Beckham is known for her dry sense of humour and ability to laugh at herself. 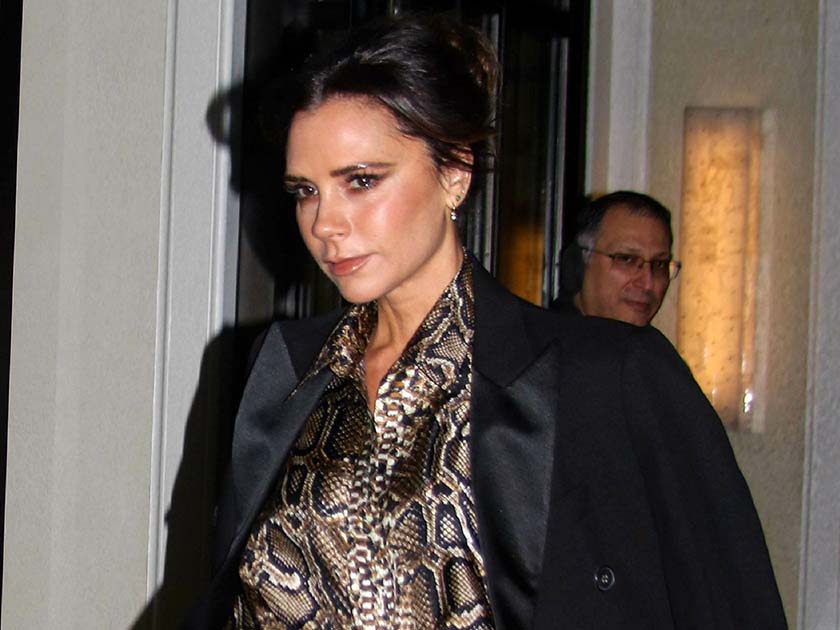 And the former Spice Girls star has done it again this week as she shared some hilarious shots on Instagram.

After a successful day promoting her new pop-up shop at Selfridges in London yesterday, 44-year-old Victoria took to Instagram with a glimpse of her new Autumn/Winter collection.

In the first photo, the mum-of-four can be seen hiding behind a huge box with her initials wrapped around it.

Wearing a chic red dress, Vic gives the camera a serious smoulder from behind the cardboard.

The star then shared a second snap which sees her peeking from behind a dressing room curtain in the London department store.

‘Seems like I’m always coming out of bags or boxes !! 😂 Visit my pop up at @theofficialselfridgesthrough April 14! x VB,’ she captioned the photos. 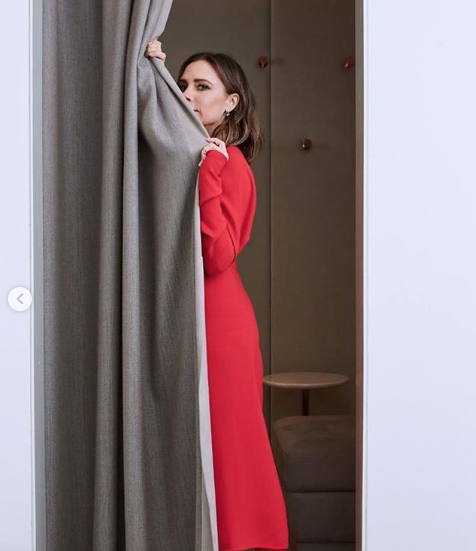 And fans clearly found the snaps hilarious, as one wrote: ‘hahaha love it!’

This comes after the star’s infamous Marc Jacobs photoshoot back in 2008 which saw her sitting in a shopping bag with only her legs on display.

Meanwhile, Posh Spice and her family recently jetted back from a well-earned break to the French mountains for a spot of skiing.

Sharing a string of snaps from the luxurious getaway, football star David, 43, cuddled up to the kids as they all enjoyed the winter sun.

Well, it looks like it’s back to work for this lot!