Victoria Beckham jetted home from LA earlier this week after a luxury Easter getaway with husband David and their four kids. 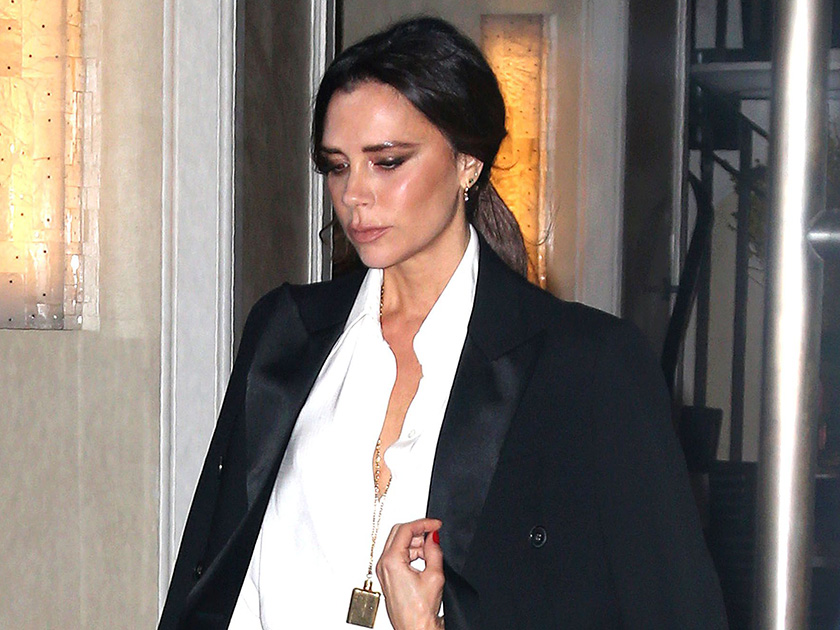 After getting back to reality, the fashion designer decided to take daughter Harper along with her to a work appointment yesterday.

But while 45-year-old Vic was getting made up by her glam squad, seven-year-old Harper made her own fun by writing all over the mirrors in her mum’s dressing room. 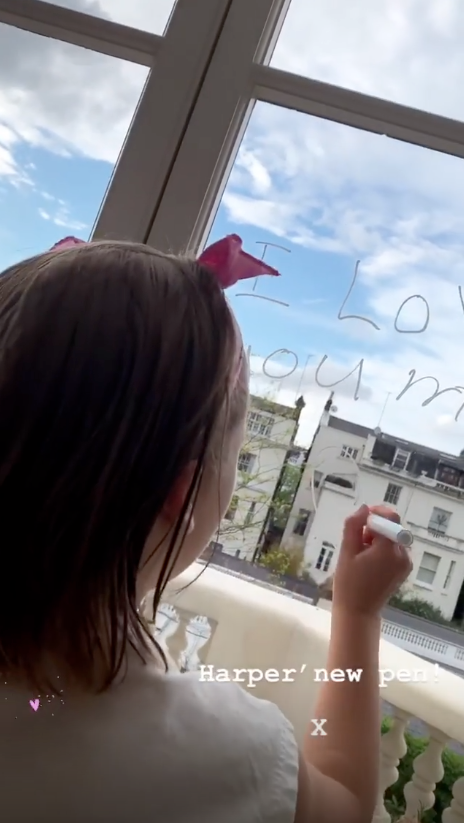 Filming the sweet moment for her Instagram followers, Victoria captured her youngest penning a message, as the little one explains: ‘I’ve got this new pen and you can write on glass and I’m going to write “I love you mummy”’’

Talking to her fans, former Spice Girls star Vic then adds: ‘Harper has been in the hair and make-up room writing on mummy’s mirror, it’s the cutest thing. “I love you mummy”, so sweet!’ 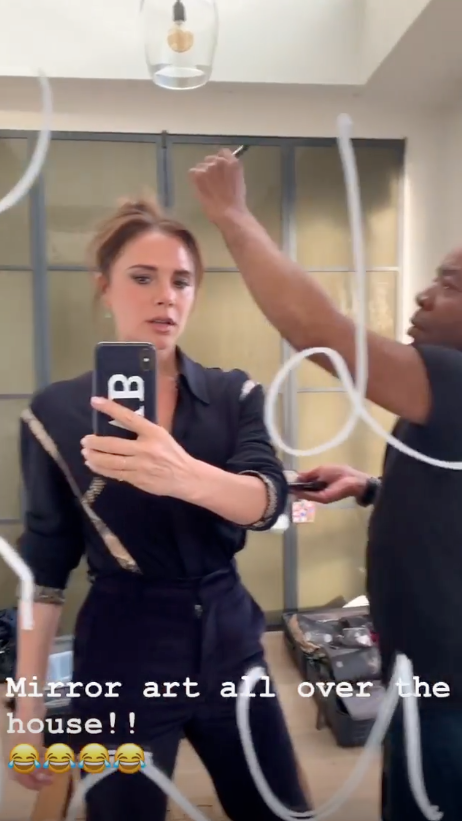 Encouraging Harper to continue drawing a cute heart, she added: ‘So great, Harper that looks so beautiful, so creative.’

Keen not to forget her football player dad David, 43, Harper then wrote him a separate message back home, which reads: ‘Daddy’s mirror,’ while his wife added the caption: ‘Kisses to daddy from Harper.’ 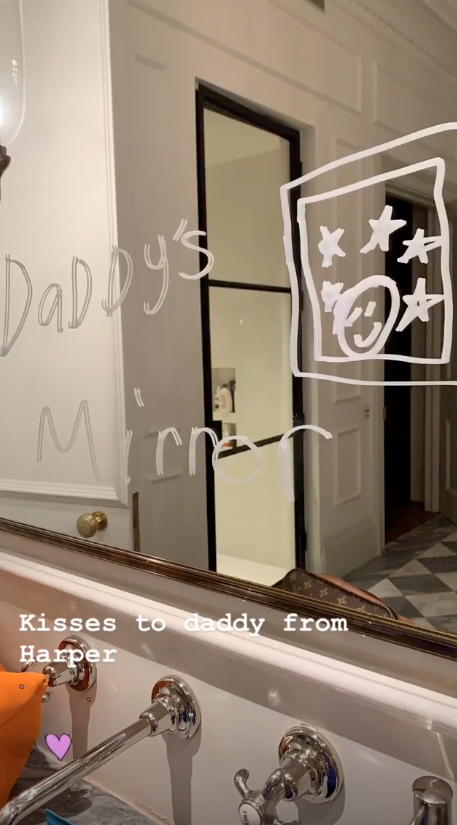 If that didn’t melt your heart enough, Victoria shared one final photo of a picture little Harper had made for her at school.

Along with a drawing of Victoria, David and their three boys, the little girl wrote an adorable note to her famous parents, thanking them for looking after her. 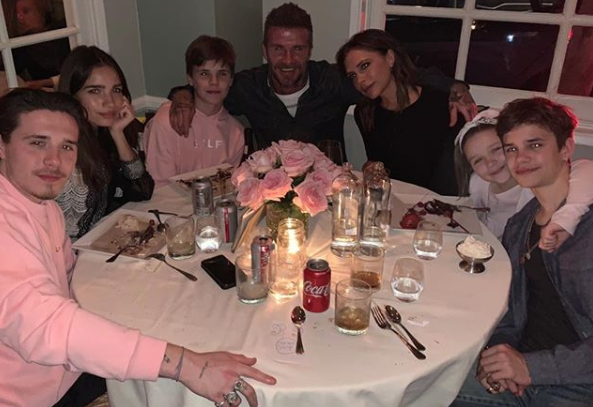 It reads: ‘Dear mummy and daddy, thank you for all the nice holidays, dinners and play dates, you have done for me Cruz, Romeo and Brooklyn and our house.’

How cute is that? 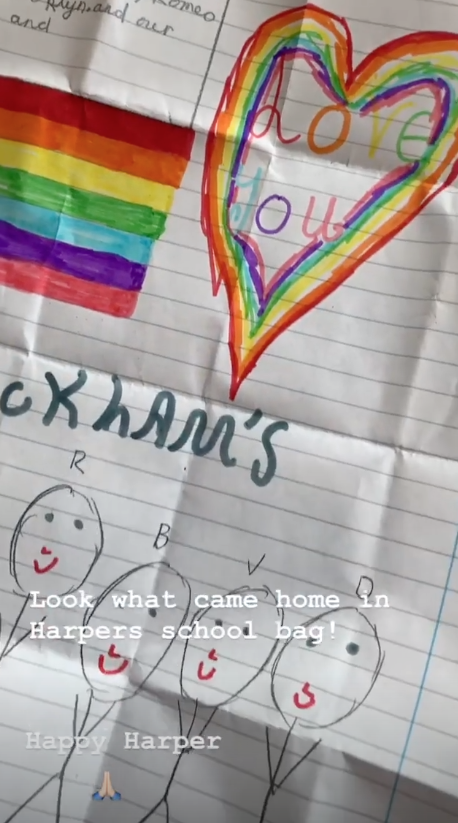 This comes after Victoria announced some exciting baby news for her family yesterday.

Christian Adams and his wife Emma are already parents to three boys, and this week they welcomed their first daughter, Tabatha.

Taking to Instagram, the star revealed her brother and his wife Emma had welcomed their first daughter, Tabatha. 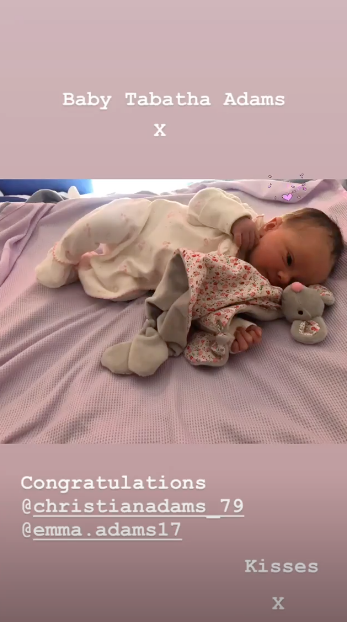 Posting a gorgeous snap which sees the tot lying down in her cot next to a cuddly toy, the proud aunt penned: ‘Baby Tabatha Adams x.